Top 20 Foods You Must Eat In Greece

Greek food rapidly moved into number one position for my husband and came close to my undeniable adoration of Mexican.

What was it exactly that made us fall in love? Well massive apologies in advance, but this is going to make your mouth water. Big time!

There were a few foods in Greece that had strange names for our English tongues, but were so delicious we made a point to remember the name. I decided to compile a list for you so when you are relaxing by the sparkling waters of a Greek island your tummy won’t feel left out. Or if you can't make it - at least cook it!

Island Tip: Explore the Greek islands by ferry. Check out the latest prices from Athens to Santorini.

Travel Tip: Turkey is a neighbouring country that is overflowing with traditional foods. If you want to visit Turkey, compare hotel options at otelleri.net.

In Greece they have Gyros, Souvlaki and Kebab, which where I am from is pretty much the same thing so we asked our guide to explain the difference to us. A Gyro is when the meat is roasted vertically turning on the spit. Slices of it are then placed in pita with typical accessories – sauce (tzatziki), tomatoes, onions, lettuce and often french fries/chips. They are cheap and so yummy! But very messy for kids, try the alternative. 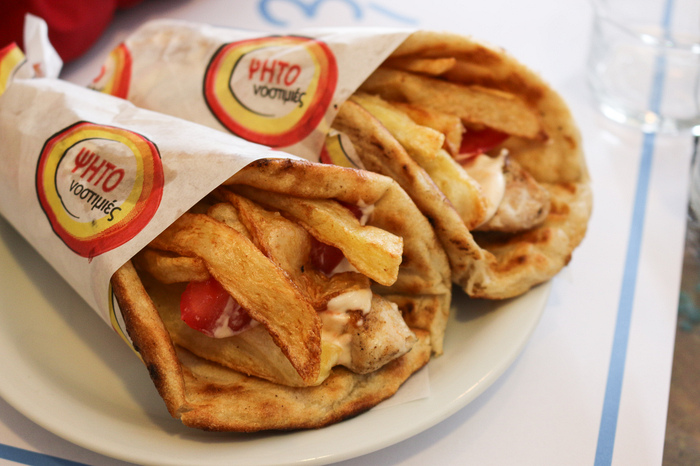 We stayed at the Oscar Hotel Athens which was just around the corner from a Stathmos Larisis metro station and walking distance to street vendors selling delicious gyros. Read more reviews...

Means a skewer, so this is anything grilled on a skewer (lamb, chicken, pork, etc). These are great for the kids (and adults too). Sometimes these can be served in a similar style to a gyro, wrapped in pita bread with sauce and garnish. Other times just the meat on a stick. 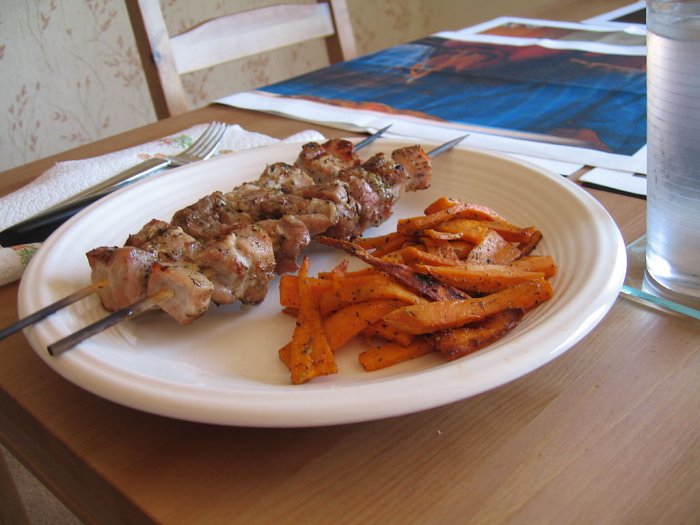 Sorry, I ate it before I could take the picture. Here's a stock photo for you.

A kebab is an elongated piece of meat, kind of like a burger patty. It’s meat all minced and squished together into a sausage-look-alike. These are great for the kids. A good kebab will pack a lot more flavour than you may expect. 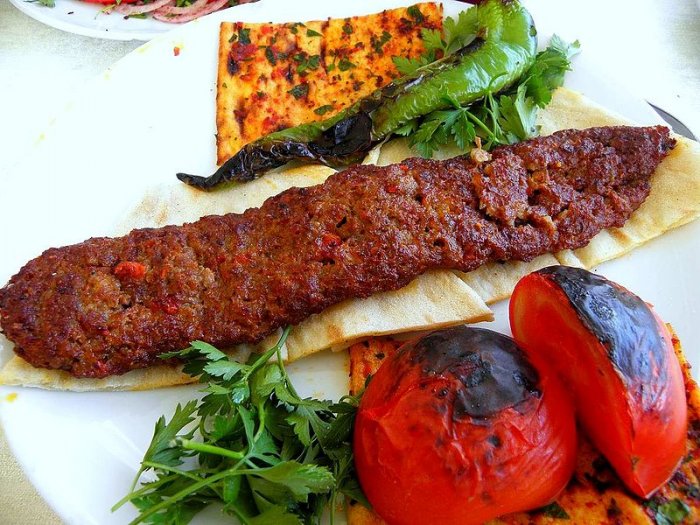 Sorry, I ate it before I could take the picture. Here's a stock photo for you. 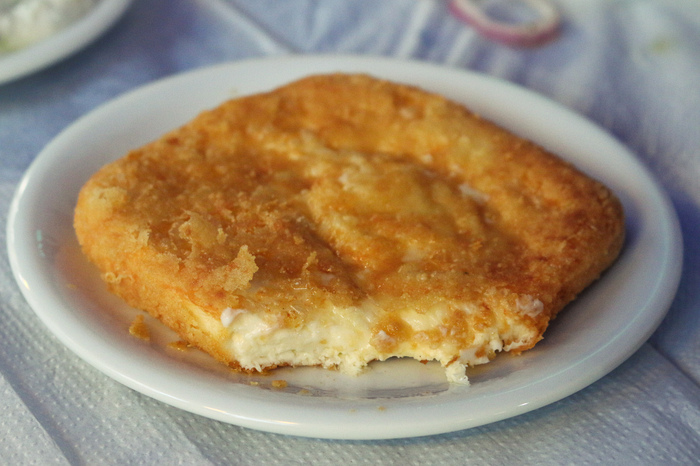 This photo was taken on the island of Kythnos, one of our absolute favourite islands of all time.

Golden melt-in-your mouth fried cheese balls. I definitely don’t need to say more! (From the expert - Sfougata is made with local cheese, while Tirokroketes usually has mixed cheese.) 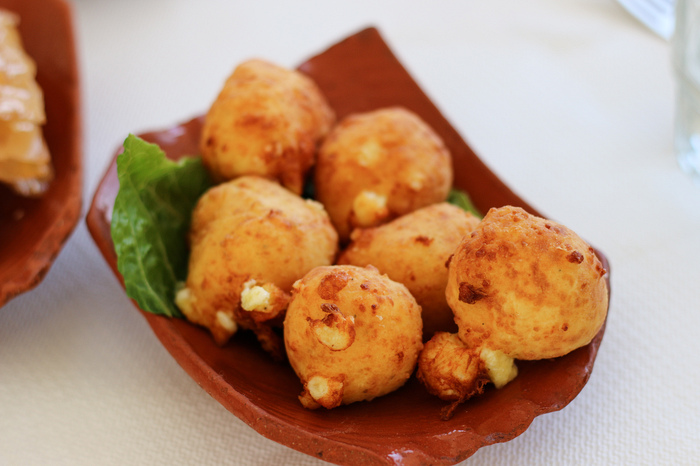 Similar to a Middle Eastern falafel, this is a fried chickpea ball packed with a spice blend unique to Greece. 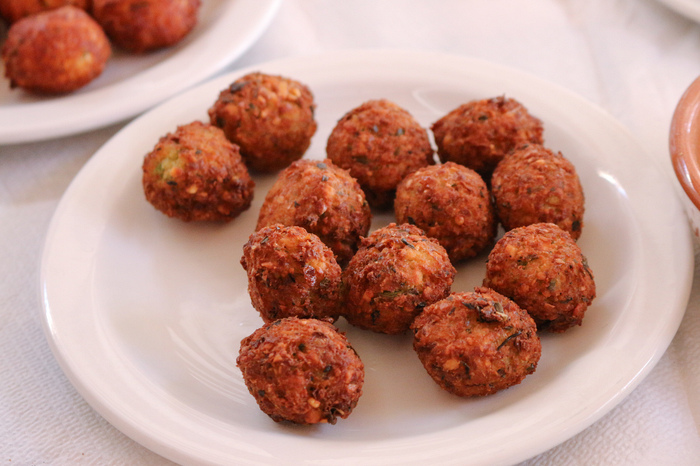 Foodie tip: Some of Greece's best food is in Crete. And to get around this island, you'll need a hire car. We recommend checking out Rental Center Crete for decent rates and quality cars.

Feta wrapped in filo pastry oven baked and then drizzled with honey. A dessert or an entrée, who knows? This is Josh’s favourite. The delicate balance between the salty feta and sweet honey makes for an unforgettable party in your mouth. 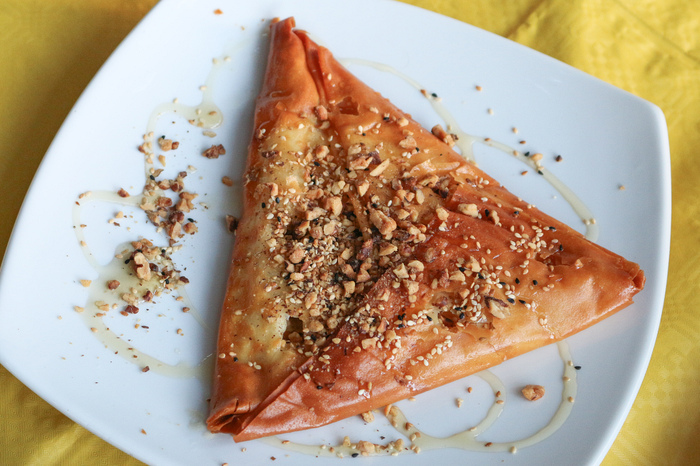 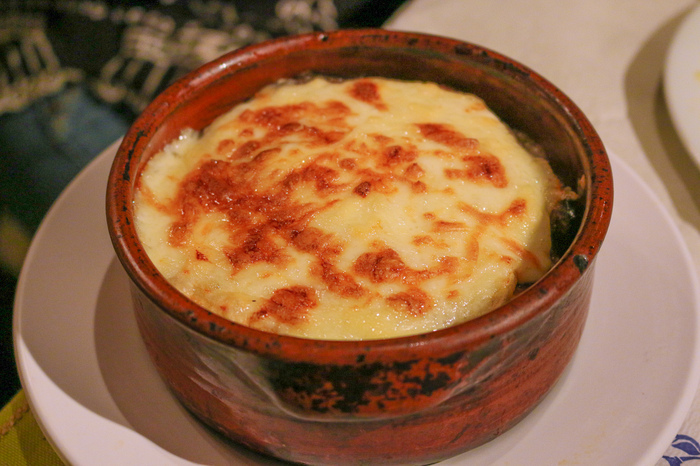 Triangle pastries made up of filo pasty and filled with a delicious mixture of Greek cheese. So simple, yet so delicious. 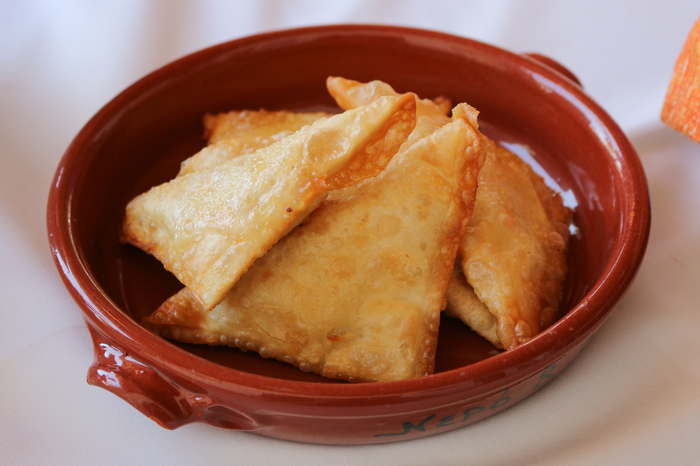 This has been my favourite dip since I can remember and the Greek do it so well with their awesome Greek yoghurt. Basically it is yoghurt and cucumber seasoned with garlic. Goes great with meat, vegetables, pita, or just by itself with a spoon. 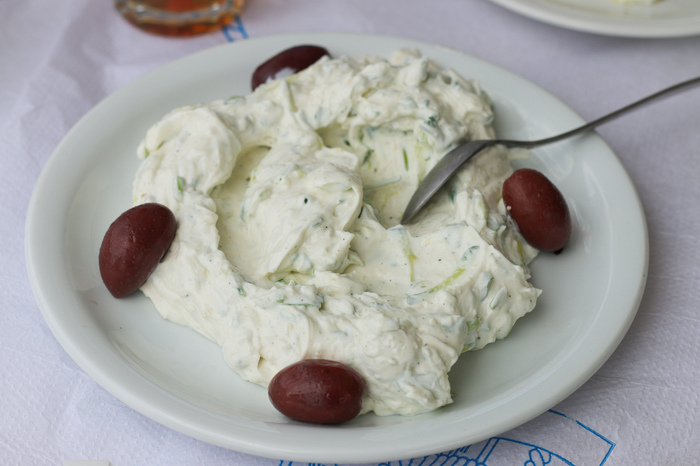 Famous all over the world, but the Greeks still do it better. Crunchy cucumber, juicy ripe tomato, olives, red onion and a giant slab of feta on top. Dressed with olive oil, vinegar and lemon juice. It’s a staple with every meal. 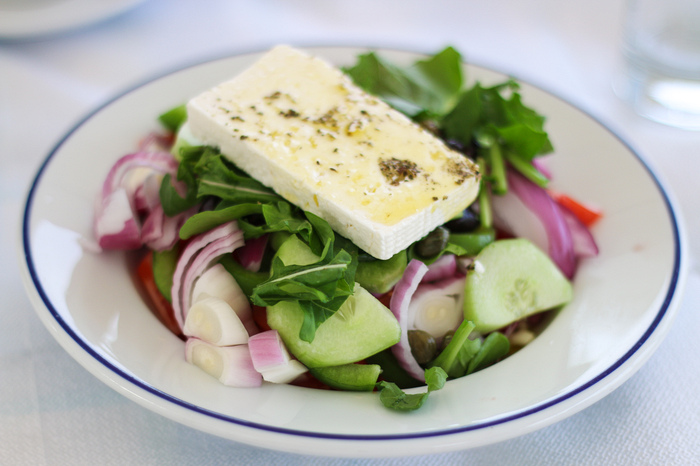 Most restaurants on the Greek islands make their own oil from their own olives. Greeks have been cultivating olives for millennia. Local olives accompany most Greek meals and most dishes drizzled with olive oil. Why wouldn’t you? 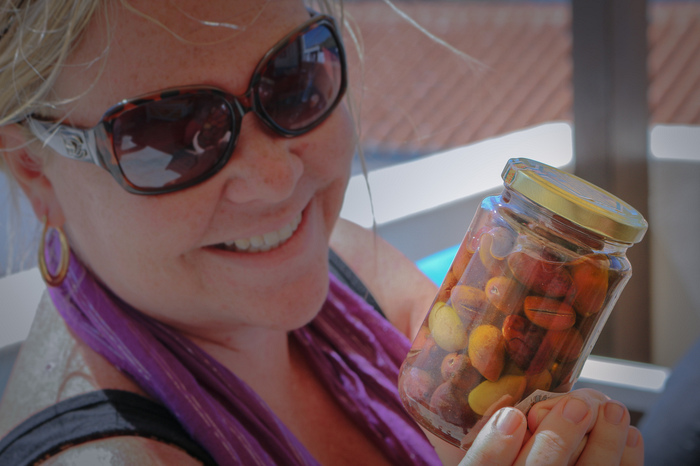 You saw these on the menu in Israel, stuffed grape leaves. Usually these are stuffed with rice, pine nuts and fresh herbs. I like them warm. 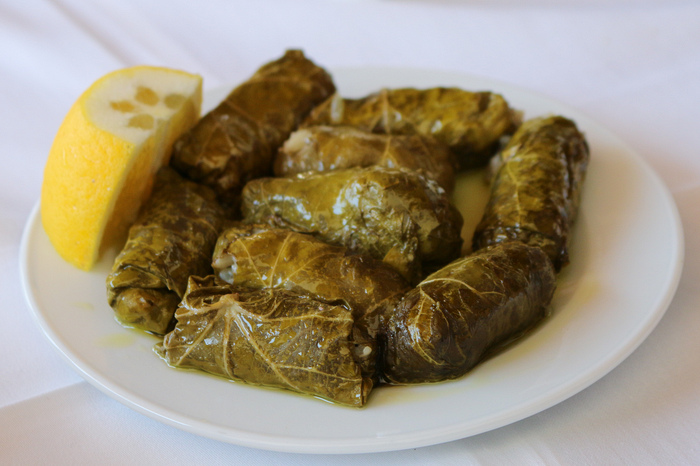 This is often referred to as a salad, but is in fact a dip. One that, if I had known beforehand what it was, I wouldn’t have tried. But I absolutely loved it. A creamy blend of pink or white fish roe (fish eggs). If you don’t like things that taste fishy, then fear not – this tastes so good, you’ll be licking the plate. (It's the plate on the right) 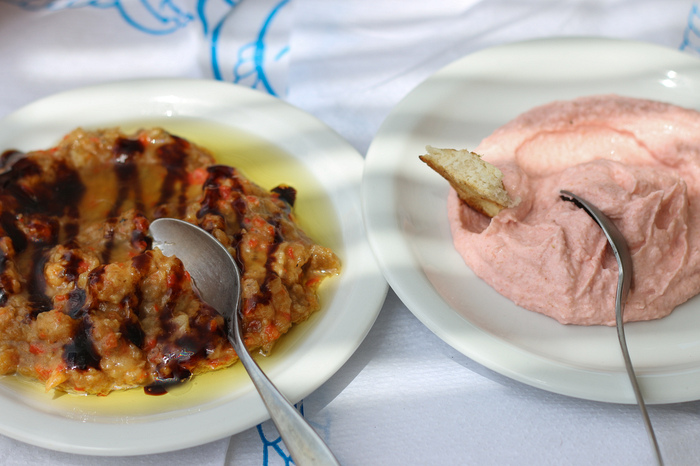 We were offered these all over Greece. Filo pastry pies stuffed with spinach and feta cheese. Available in a variety of different shapes and sizes. A Greek favourite. 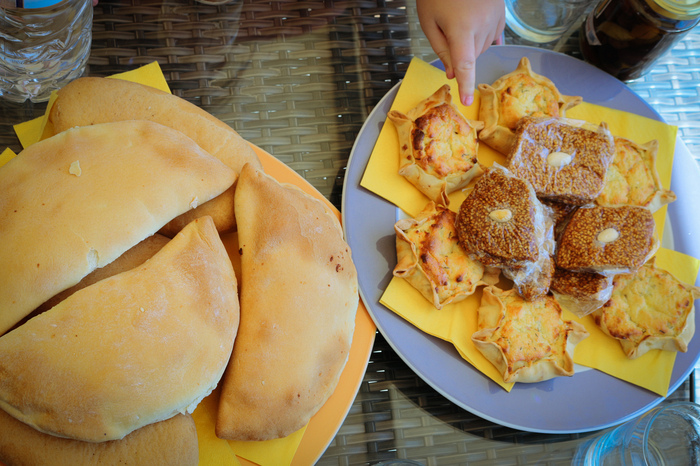 For those who are waiting for the sweets, try these. Basically it’s a Greek fried donut balls soaked in honey or syrup and sprinkled with cinnamon. Josh crammed a fistful of these in his mouth. Irresistible.