“But what about school?”

It’s a common question we are asked during our travels around the world. But how can you say that when the first time my kids watched The Sound Of Music they were in Salzburg, Austria before heading on a tour highlighting the very locations from the film and the actual house of the Von Trapp family. This is school outside the four walls. This is why we travel. 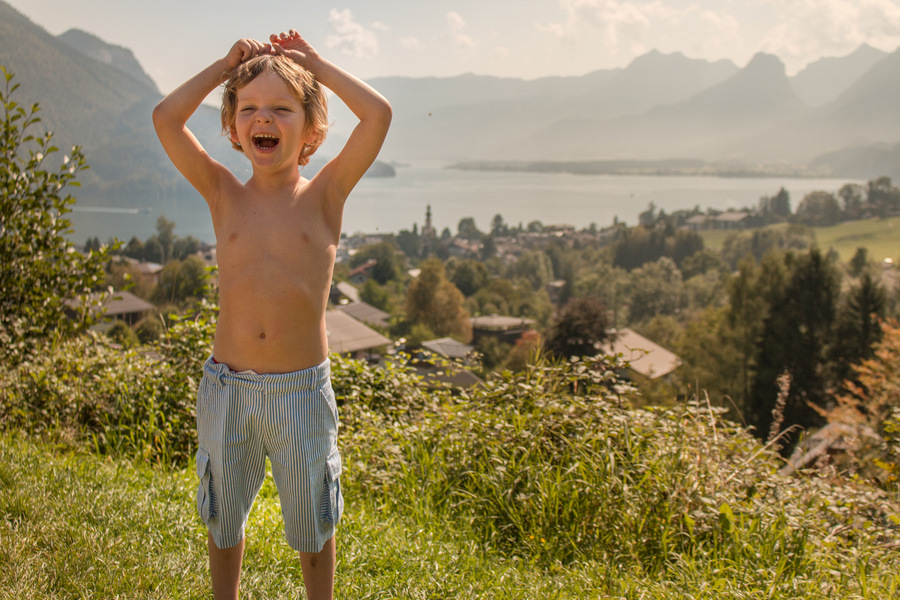 Caius soaking up the view of Lake Wolfgang

There are plenty of tours in Salzburg themed with The Sound of Music, but there is only one that takes you on the original bus Maria actually caught when leaving the abbey for her life as a governess in the film. And so we decided to choose Salzburg Sightseeing Tours Original The Sound Of Music Tour. 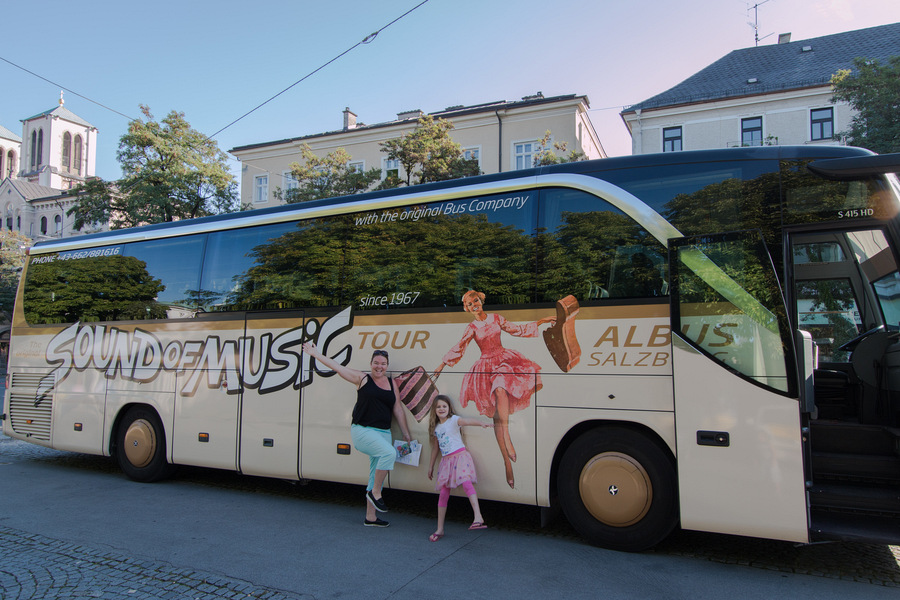 The tour has been running since 1967 and is a combination of historical Salzburg, breathtaking lakes and glorious mountains. The guide on board our bus was both humourous and a delight, encouraging free-flowing karaoke throughout the trip as the well-known jingles from The Sound of Music filled the air.

The Disappointing Reality of The Sound of Music

The Sound of Music is how us (non-Austrians) imagine Austria. We think of them eating schnitzel with noodles (it’s never done) and posting stuff in brown paper packages (also not done). But most of all we think of Austrians climbing mountains singing, “The hills are alive,” weekly, if not daily.

The reality is that it’s an American movie that most Austrians have barely heard of except those directly involved in the tourism industry in Salzburg.

Luckily our guide was very experienced in the tourism industry and local history, and thus knew both the movie and the original backstory very well.

The Sound of Music movie is based on the unusual and exciting story of Baron Georg von Trapp, an Austrian aristocrat who married his governess in 1927. Untold in the film, they actually went on to have 3 children as well to raise the total number of children in the family to 10.

It was a priest (not Uncle Max) who entered their lives in 1935 and began to give the family music lessons. They went on to win first place in a choir contest during the Salzburg Festival and subsequent contests become their financial rescue.

When Hitler annexed Austria in 1938 the family immigrated to the US, unable to reconcile their principles with those of the Nazis.

In 1941 the von Trapps built a Salzburg-inspired chalet in Vermont, USA and have lived there ever since. It now is a luxury hotel and apartments.

Quirky The Sound Of Music Facts (We Stole These From Our Tour Guide, Except The Last One)

Where Did We Go?

Mirabell Gardens – Best known as the place where ‘Do-Re-Mi’ is sung with the Maria and the children. 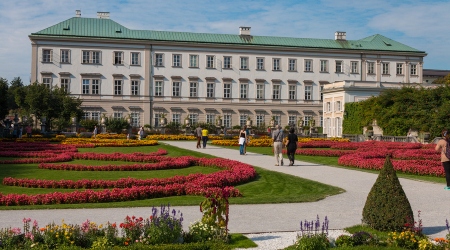 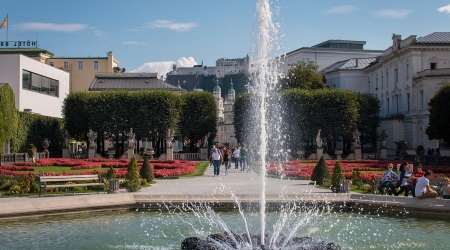 The Gazebo – Mia’s and my favourite part where Rolf and Liesl sung ‘Sixteen Going On Seventeen’. Josh even kissed me here! Ooooh! 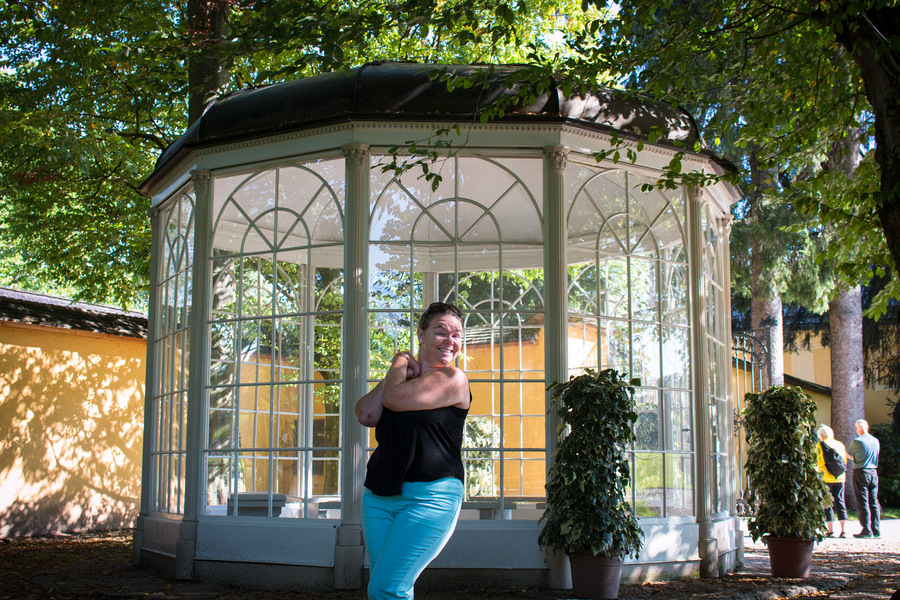 Frohnburg Palace – We drove past this palace which provided the facade, courtyard and garden gate of the von Trapp villa in the film.

Palace of Leopoldskron – Remember the part of the movie where the kids fall from the boat into the lake? That was filmed here with the palace used as the back of the house. 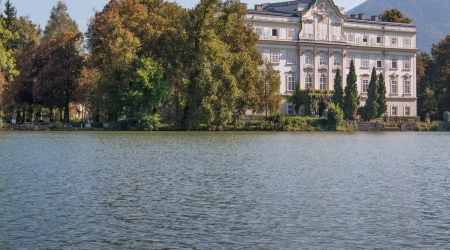 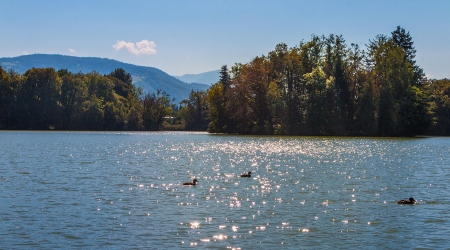 Nonnberg Abbey – This is where Maria was a nun in the movie, but it’s also where the real wedding in 1927 between Maria and the Baron was held. 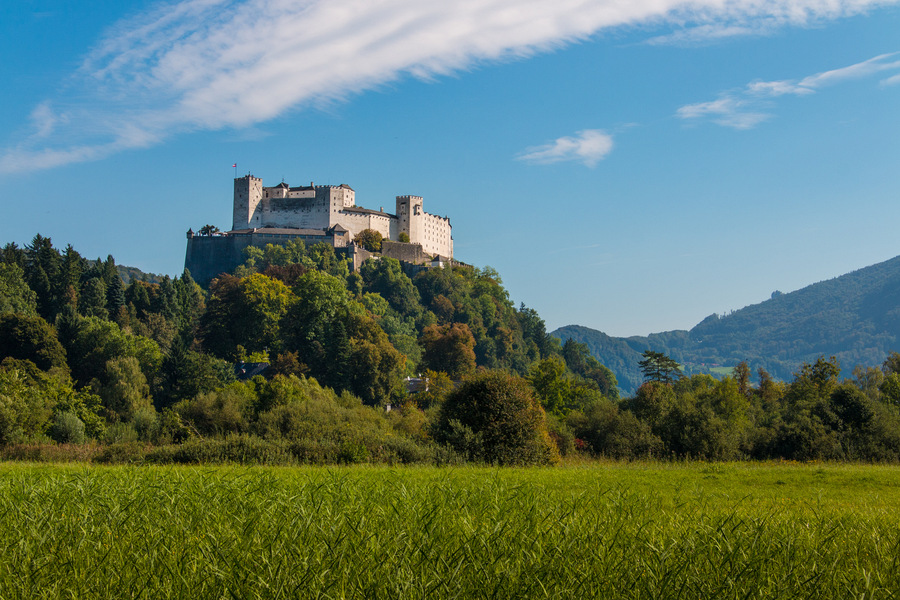 Fortress – this is the real backdrop of the abbey, not the rolling hills from the movie

St Gilden/Lake Wolfgang – This spectacular vista is seen in the opening credits of the film. It’s even more picturesque and romantic in real life. 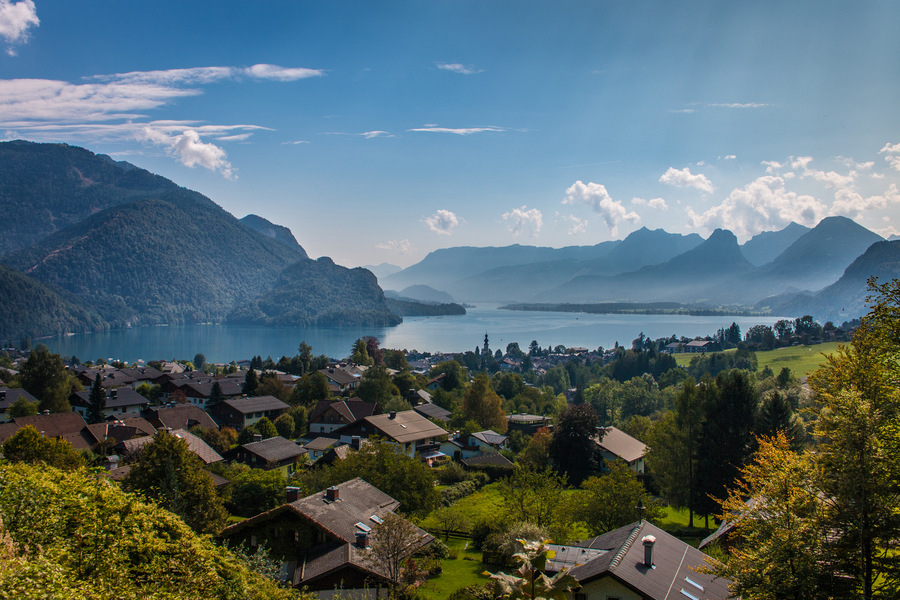 Church of Mondsee – The location of the movie wedding of Maria and the Baron. We enjoyed some free time in this little village and sat down for strudel while admiring its beauty (definitely no noodles!). 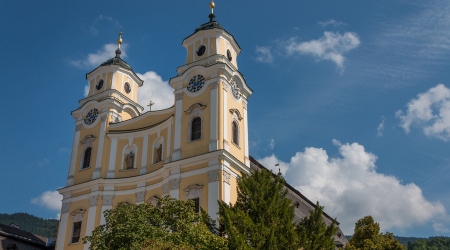 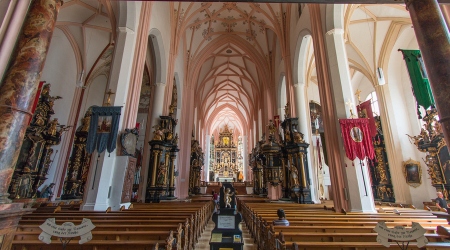 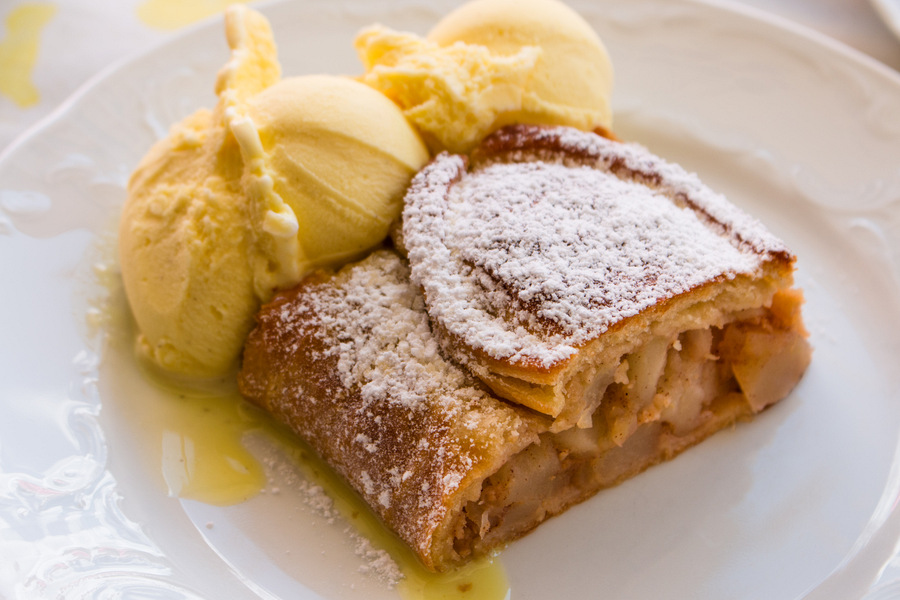 We also passed near the real home of the Von Trapp family, however it was not open to the public. Neighbours aren’t too keen on busloads of tourists descending on their quiet suburbia.

There are many other locations in Salzburg from the movie that they don’t cover on the tour, but you can do yourself – such as Residenz Square where Maria sings “I have confidence in me” and the Summer Riding School, which is where Baron von Trapp sang “Edelweiss” before fleeing for America.

It Is Worth It?

Even for those people (cough cough, Josh) who might not be entirely into The Sound Of Music, it’s a fun day out. It’s educational, there’s singing and the picturesque places you visit command your attention in their own right without being a ‘movie set’.

We all enjoyed the tour. It wasn’t not too hard on little kids; there was lots of sitting on a bus and plenty of breaks for toilets and stretching the legs. 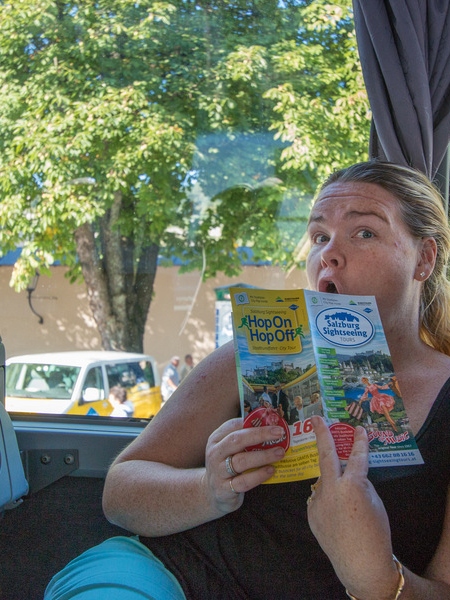 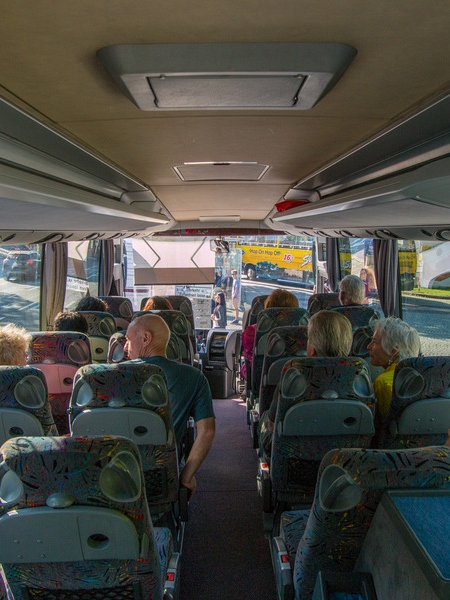 I dare you to read this without any of the songs popping into your mind. I bet you can’t hold it back. Even now the words are bubbling in your throat. You may be on your balcony already, arms flung open wide belting out, “Climb every mountain, ford every stream, follow every rainbow, till you find your dream.”

It’s okay. Sing it. Better yet, go watch it and then get yourself to Salzburg so you can fall in love all over again.