Tanah Lot, Bali: Our Day Trip To Scenic Serenity (Plus A Dead Monkey)

I’ve been 9 times to Bali and I’ve never been here. How was that possible?

Sure, Tanah Lot is jam-packed with busloads of tourists, but its also beautiful, remarkable, stunning… almost magical.

While we were staying at Samabe Bali Suites & Villas we decided to go on a Tanah Lot Sunset tour as part of their Signature Activities (included free in their Unlimited Privileges package). In hindsight this may have been an unwise choice considering Tanah Lot is closer to our home base in Ubud than Samabe in Nusa Dua. Then again, when did we ever let logic stop us?

We spent the majority of the afternoon driving through narrow, windy roads. But when we finally saw the breathtaking structure shimmering against the sun-drenched sea, I realised the long journey was all worthwhile. 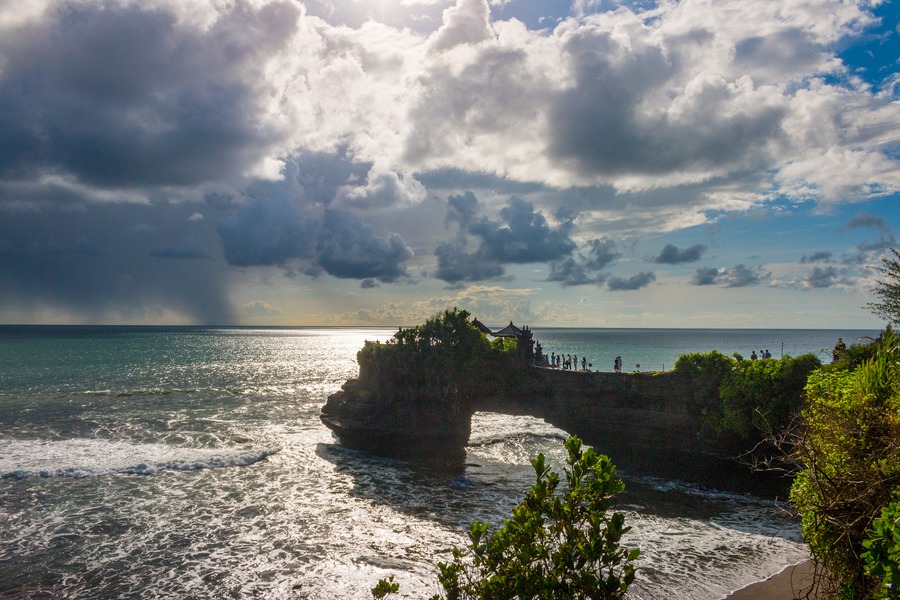 Upon arrival at Samabe our tour guide was already waiting for our 1pm departure. We hopped into his air-conditioned minivan and off we started.

Our first stop on the tour was Taman Ayun, one of Bali’s most beautiful temples from the Royal Mengwi Dynasty. The children did not find much enjoyment in the visit. It was hot and there was a lot of direct sunlight, with little shade. Possibly not the most family-friendly location, but on the upside it was beautiful to photograph. 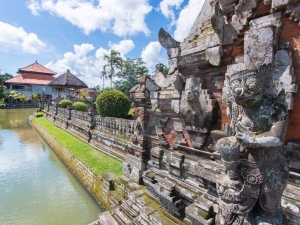 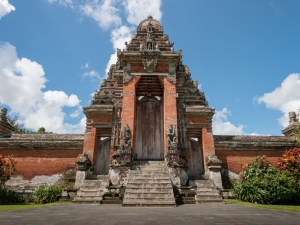 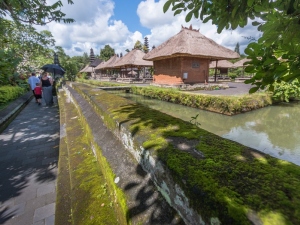 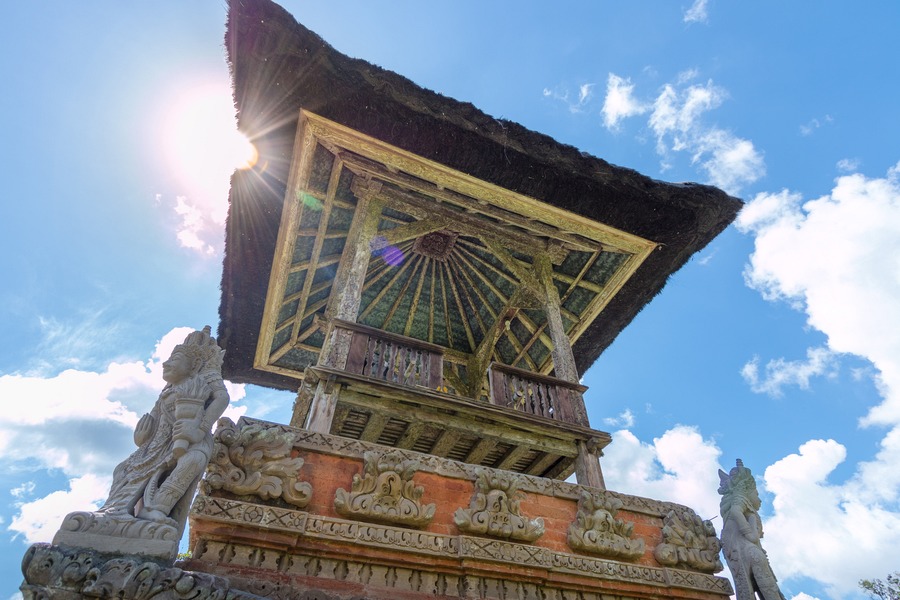 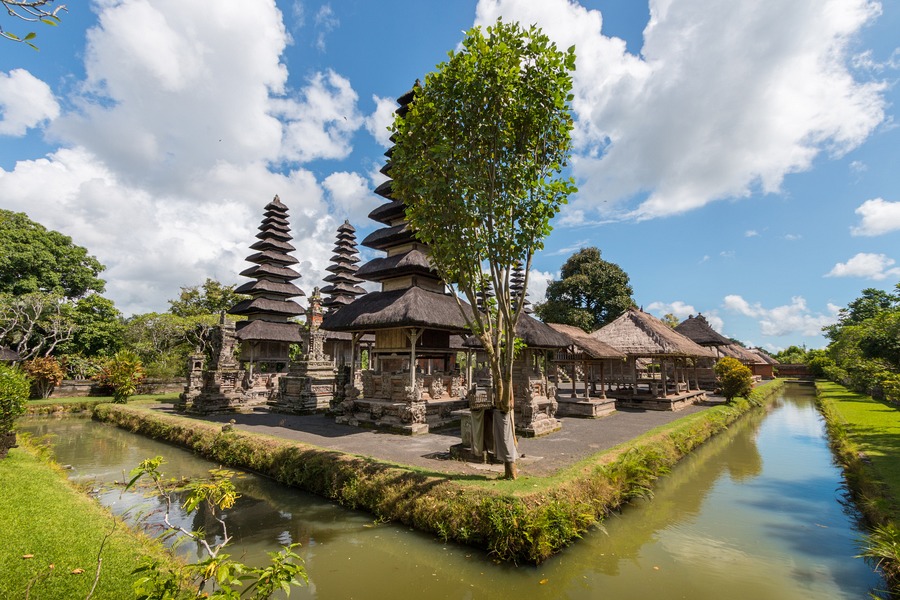 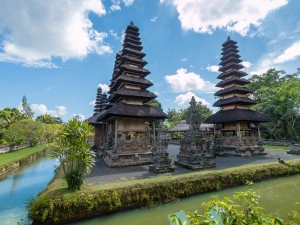 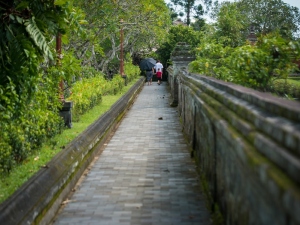 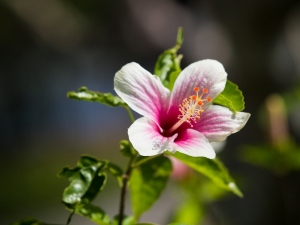 After spending only about 15 minutes at the temple we continued in the minivan until we reached Alas Kedaton. If you have visited the Ubud Monkey Forest then you might not feel the need to visit here too. It is like a smaller, more condensed version, however we did enjoy the monkeys more at this temple. They were much friendlier, and generally more docile. We received a personal guide who took us along the path pointing out different parts of the complex. 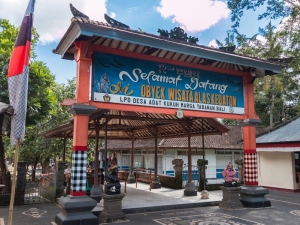 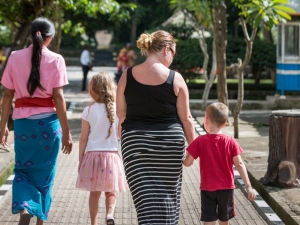 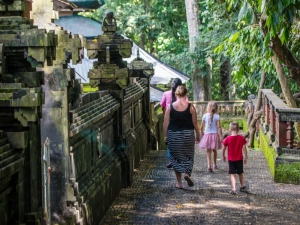 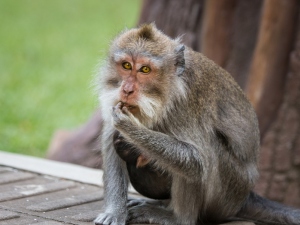 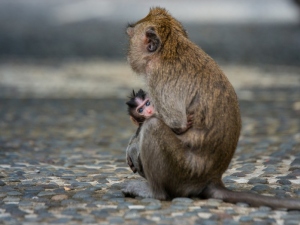 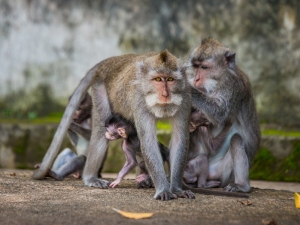 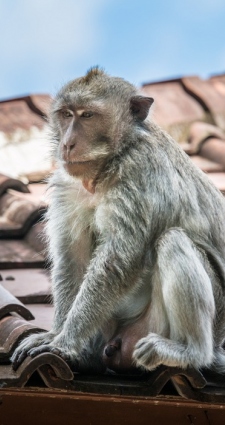 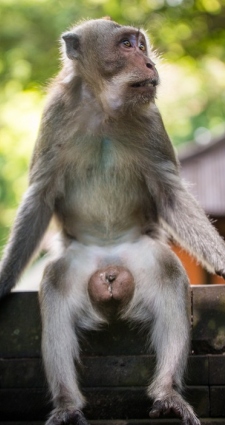 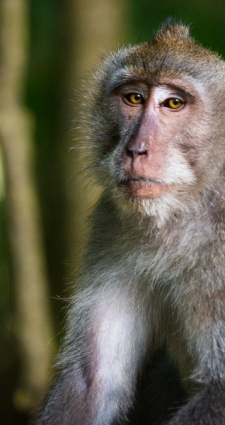 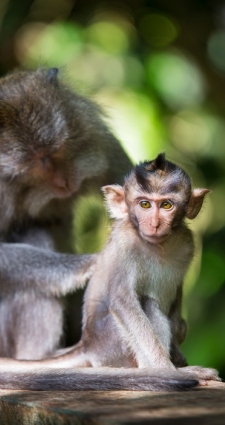 Handy tip: If any monkey gets too close for comfort, then chances are they are only interested in food. So just open your hands to show you are holding nothing they’ll leave you alone.

It was actually a pleasurable shaded walk with lots of cute baby monkeys to admire. The majority of the monkeys were happy to sit still for photographs. Our kids spotted one particular monkey that wasn’t moving and had drawn a small crowd of it’s friends, poking it out of curiosity. We concluded that it must have died fairly recently that day. A first for us, but I guess just part of life in a monkey forest. 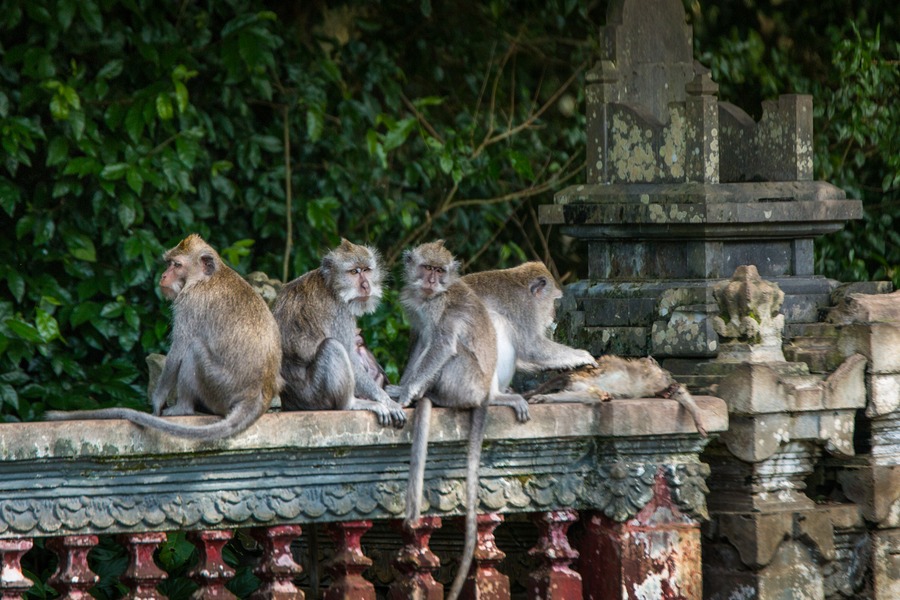 Sorry fells, no matter how many times you poke, he won’t wake up