See the end of this article to find out how to save $15 on your tickets for The Ride.

Broadway theatre fuses with an interactive tour in one of the most exciting cities in the world.

Now you’ve got an idea why this tour, featuring a generous dose of moxie, has received the Coolest New Product Award at the 2015 RTO Summit, as well as a TripAdvisor Hall Of Fame Award.

Part tour, part show, 100% entertainment. I laughed so hard I almost wet my pants. It’s by far the most unique tour I have ever been on in my entire life, blurring the lines between informative city tour, energetic stage performance and rip-roaring comedy show. 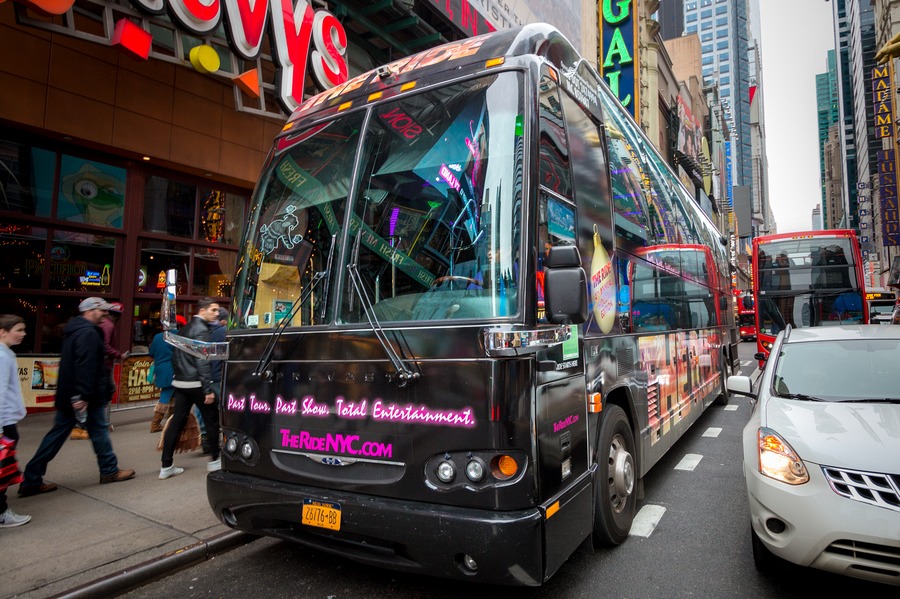 With my parents and siblings arriving in New York to spend Christmas with us, I wanted to show them the best of the city. So when The Ride asked me to try out their “tour to end all tours”, I decided all 9 of us had to go. 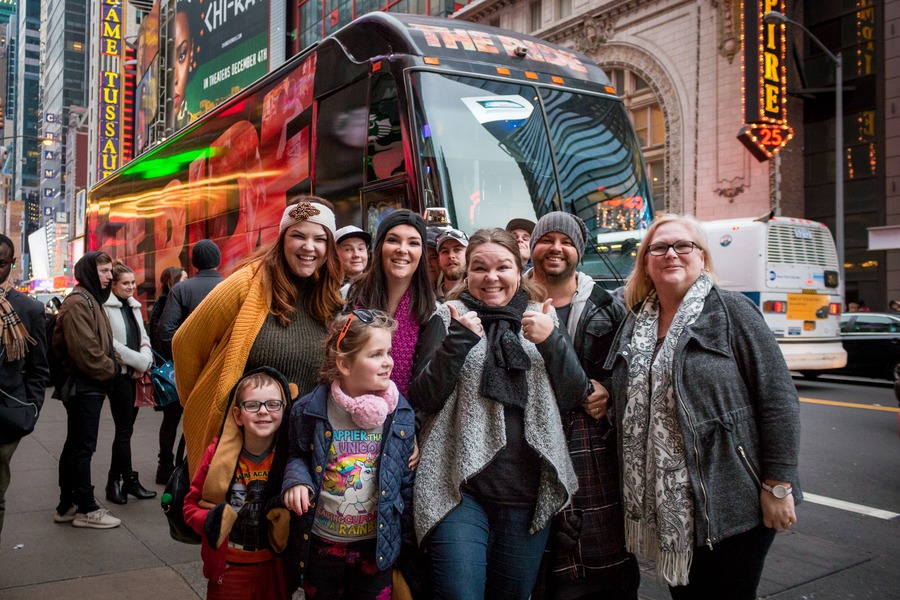 We waited outside, breathing steam on that crisp December morning, as the other guests arrived at our meeting point. It wasn’t long before a jovial staff member escorted us across the road to our multi-million dollar bus. With three rows of tiered seats facing the side of the vehicle, I instantly knew this tour was unique as soon as I saw it. Floor-to-ceiling glass windows gave us the best possible vantage point, turning the streets of New York into centre stage. 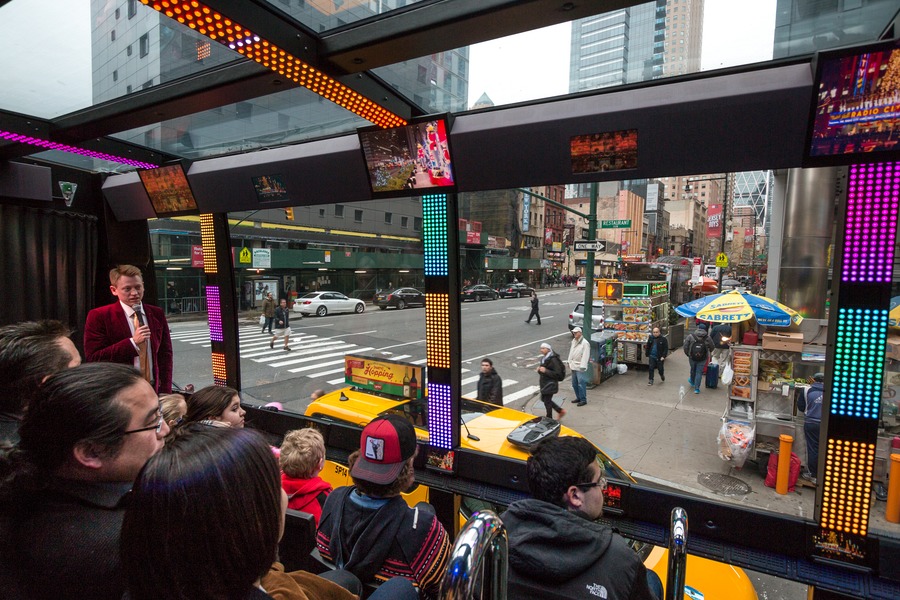 Inside the bus were 40 plasma screens, flashing LED party lights and 2 hilarious hosts that keep the humorous tour running like an out-of-control locomotive. Our host Stuart had me in constant stitches. 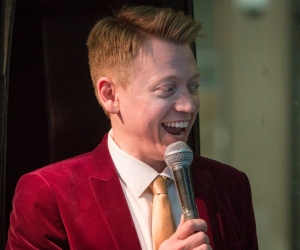 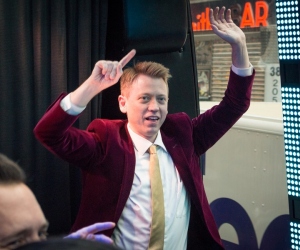 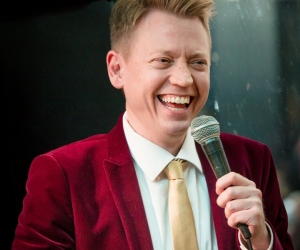 The bus proceeded along a 4.2-mile route through Midtown and Times Square. It wasn’t a long stretch of road, but it was a fun one. The whole experience lasted for about 75 minutes and included trivia, karaoke, an actual New York tour, a talking bus (a bit like Knight Rider), local insider knowledge, prizes and live street performances. 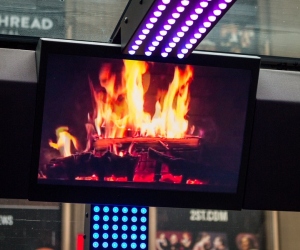 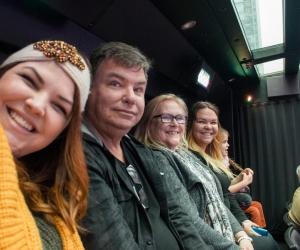 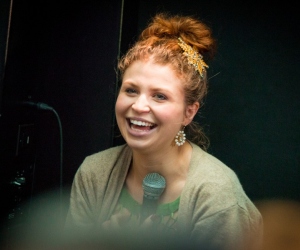 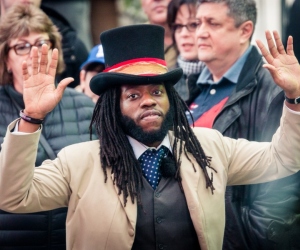 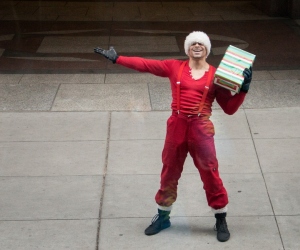 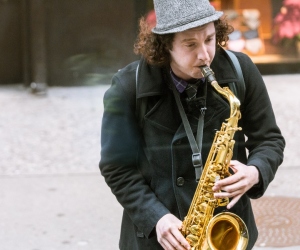 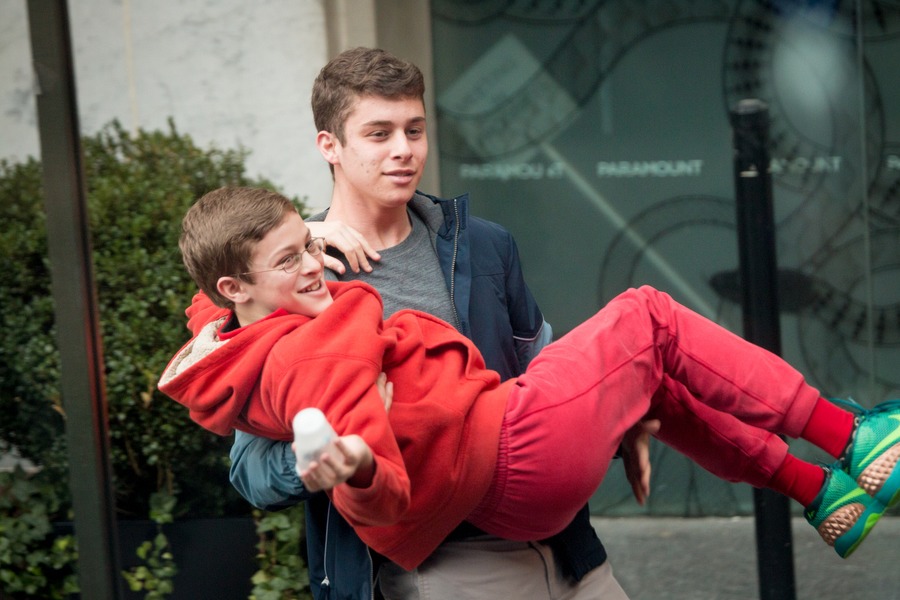 This was not a street performer, just a random funny New Yorker

That’s right! I do hate to spoil the surprise, but it was my favourite part of the tour. We were singing and chair-dancing along with our hosts when we spotted a man gingerly sweeping the streets. All of a sudden the sweeper started dancing like Bert from Mary Poppins. It was quite a surprise and hilariously fun.

Another favourite moment was when the bus drove through Hell’s Kitchen and we spotted a man carrying a backpack. Our hosts made fun of him and his downtrodden expression and the bus kept moving slowly through the New York City traffic. 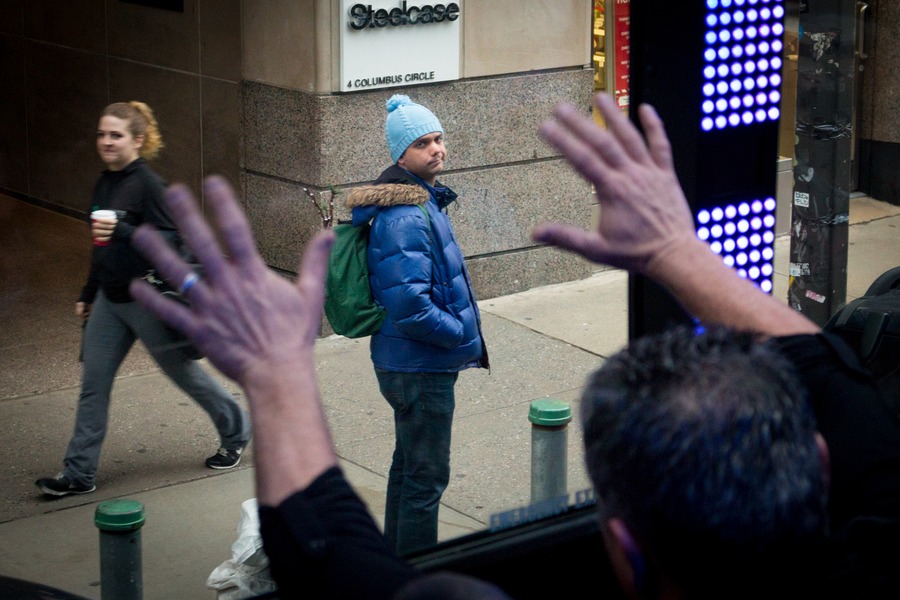 Eventually the bus reached a roundabout featuring an unexpected dancing ballerina in the centre. In perceived happenstance, the sad backpack guy burst onto the scene and erupted into an impromptu, romantic dance with her. It was so touching I shed a tear. 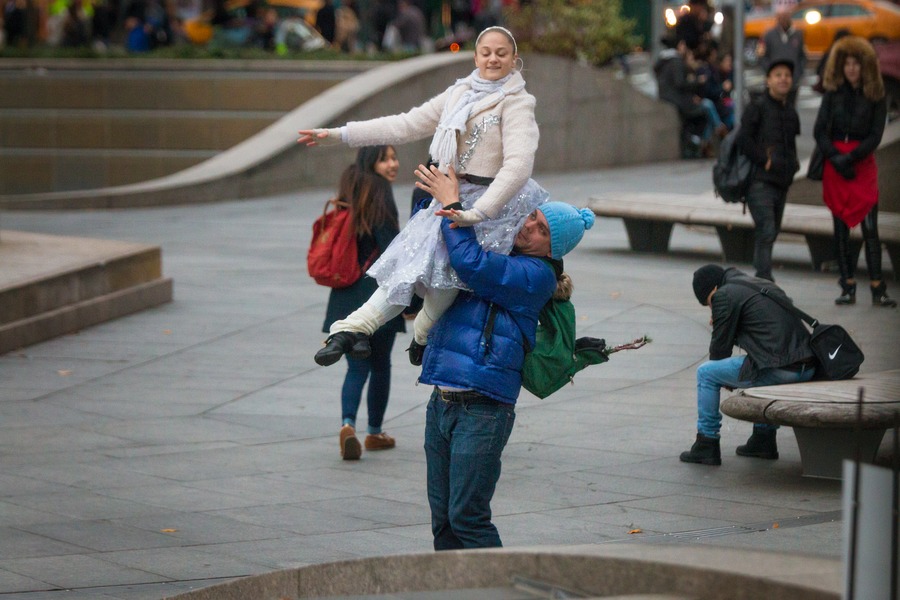 The whole family agreed it was one of the best tours we have done anywhere in the world. It’s also going at the top of my list of must do’s when visiting New York. You’ll see New York from a completely different perspective. Plus each tour with The Ride is largely run by improvisation so you’ll never take the same tour twice! 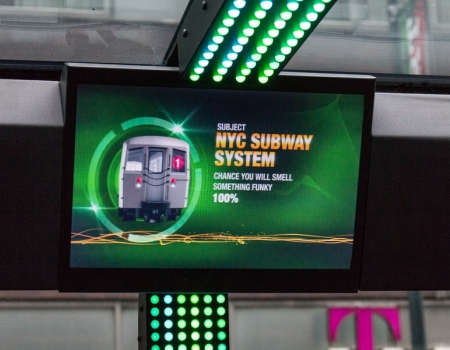 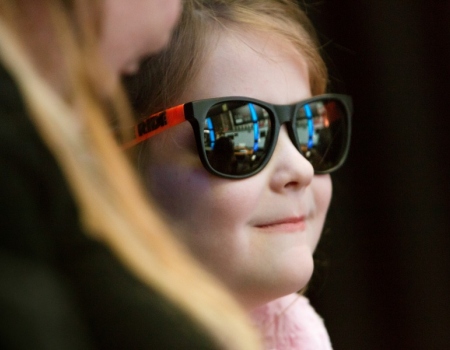 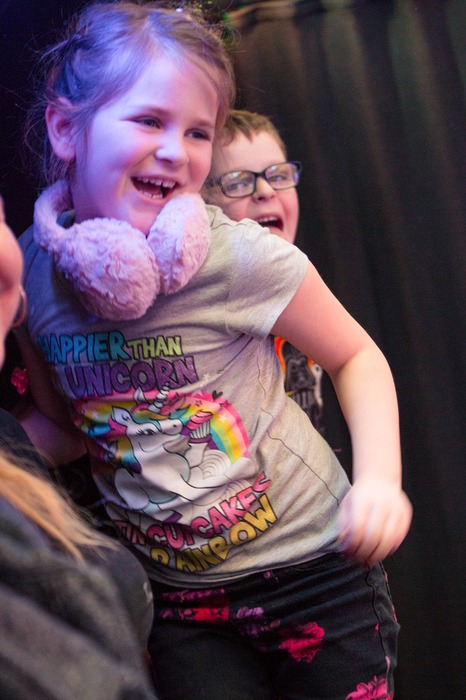 Dancin’ in the seats!