This has got to be a Christmas fantasy for any child, let alone for me. Leading up to our trip to Finland, I couldn’t tell who was more excited. Reindeers, huskies, and snow! But the most frequent question we heard was, “when do we see Santa?”

Outside of Rovaniemi city, along the Arctic Circle, is the Santa Claus Village. You can get there by taxi for around €25 or you can try the public bus. The bus is not as convenient. It runs on a loose hourly schedule, which you can pick up from the centre of town. It also doesn’t stop at the Village every time so you really need to check that schedule!

There is no cost to enter Santa Claus Village. It’s a large open area with a variety of attractions throughout the park. Each attraction has it’s own price. Options include a reindeer ride, kid-friendly snowmobile drive, large outdoor playground (free) and so much more. 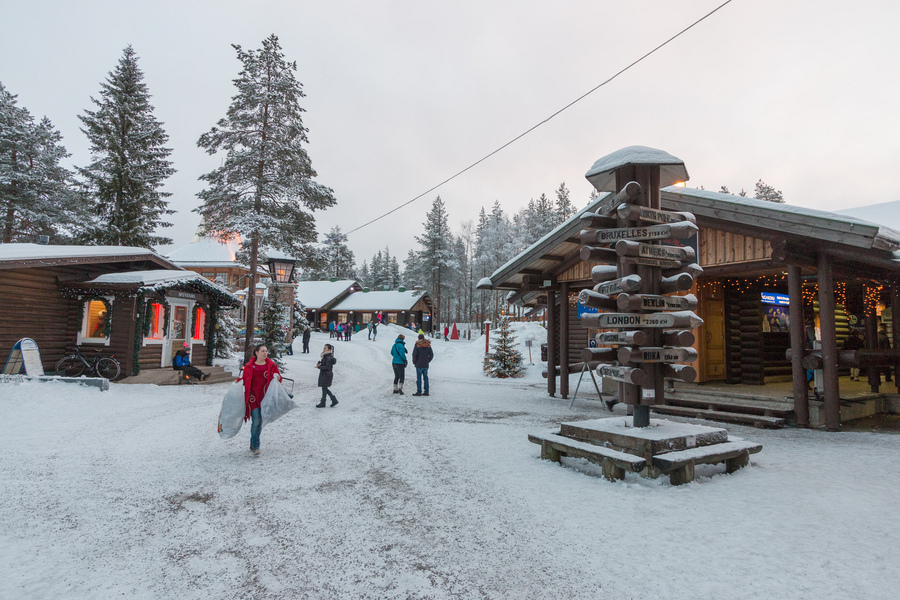 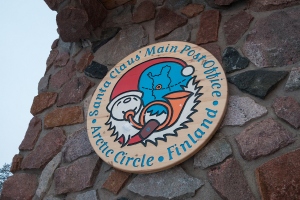 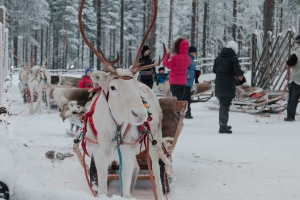 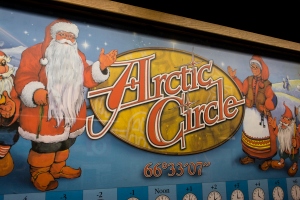 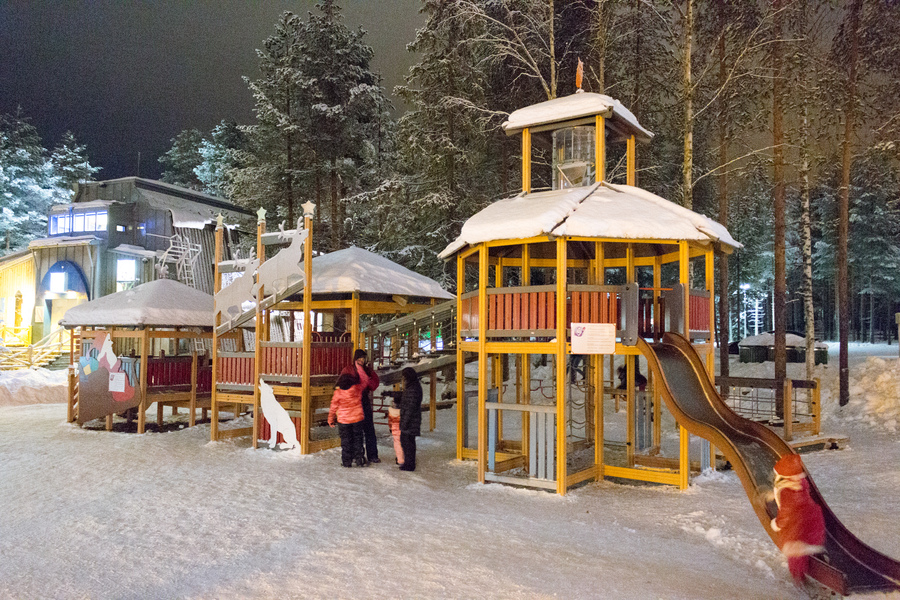 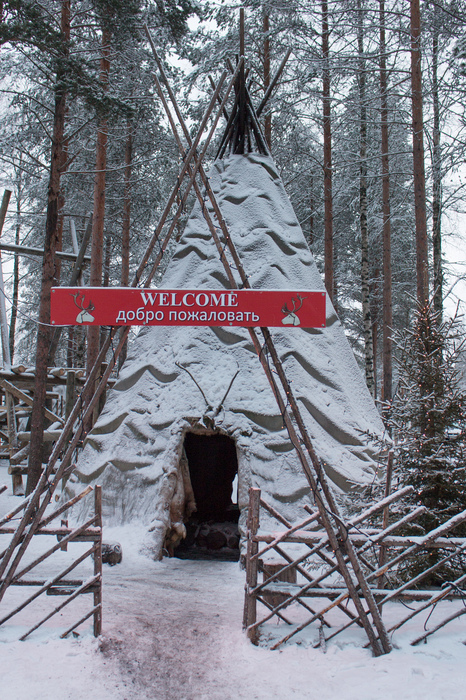 Let’s Get Straight To The Main Event

First order of business was getting straight to Santa. The Santa. It’s well known that Santa’s home is much further north and pretty much inaccessible to us regular humans. So Santa established his office here in Rovaniemi. 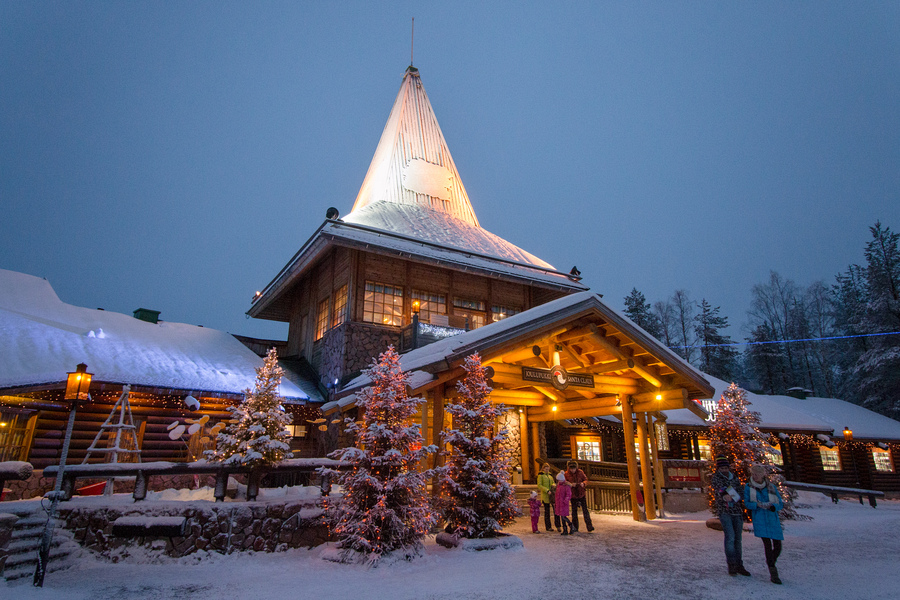 It was a beautiful building covered in fairy lights and topped with winter snow. Inside was a gift store and a large door inviting guests further in. Past that was a short walk through a fantasyland, past a monstrous clock with a swinging pendulum and reams of Christmas wish lists. We walked up a flight of wooden stairs and joined the line that had formed outside the room.

The atmosphere was electric. Everyone was excited. Including those adults without kids in the queue.

The line moved fairly quickly and before we knew it the elf was escorting us into the hallowed room.

Santa’s office was large festive studio filled with bright lights, an expert photographer elf, and on the stage – Santa! I made a dash to see Santa first and subtly handed over a small present I had bought for the kids, asking him in whispered hushes if he can give them to the kids.

He graciously hid it behind his chair and reached out to take our hands. I’ll never forget those hands. They were the smoothest, softest, squishiest hands I’ve ever touched. He really was the REAL Santa.

At 6 and 4-years-old, the kids were enthralled. The magic of Christmas was there in their laps, or rather they were in his lap. We had a chat to Santa and mentioned we would be in Romania this year and asked if he would be able to find us.

Santa played very nicely into the whole scenario and told the kids he would find them for sure, but just in case he wanted to give them a present right there and then. The kids were over the moon. 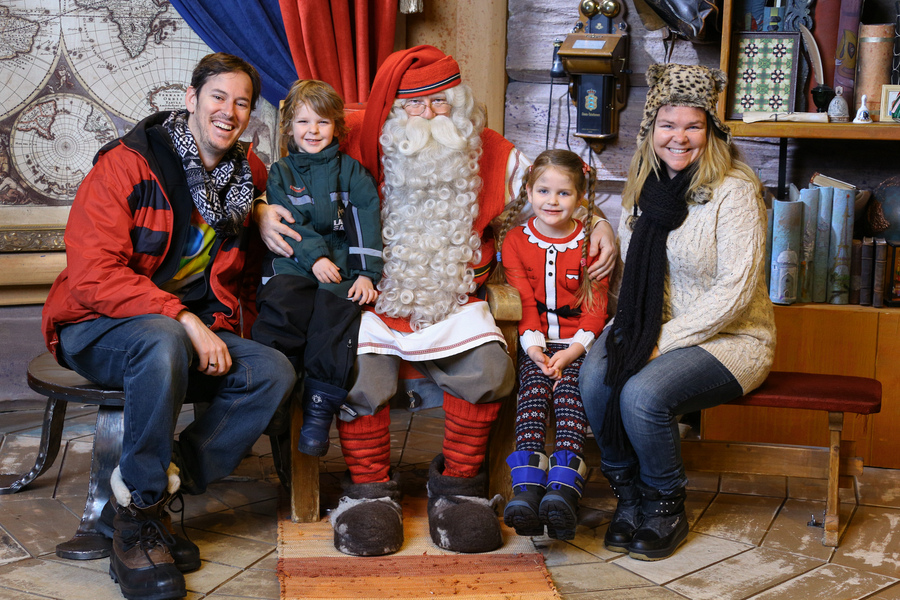 It was a quick visit and despite my steadfast resolve NOT to buy any Santa photos, the quality was the best we had ever seen. And we were soon convinced to part with our €40. For €40 we received a digital video of our visit with Santa and full copyright of the digital images.

Tip: If you don’t want to spend any money on seeing Santa, you do not have to buy images. There’s no obligation. You are unable to take your own photos in this room though. However at Santa Park (about 2kms away) you can take your own photos with Santa at no extra charge.

When children all over the globe send a letter to Santa this is where it ends up. Walking into this post office you could initially mistake it for any other seasonally-themed post office. But if you turn to the right and head to the back wall you will find pigeonholes with one country per cubby. And neatly nestled inside are letters from hopeful children all over the world.

In the post office you can send your own letters, with a couple dedicated tables for writing. We sent a Christmas post card to Mia’s grandparents for €1. 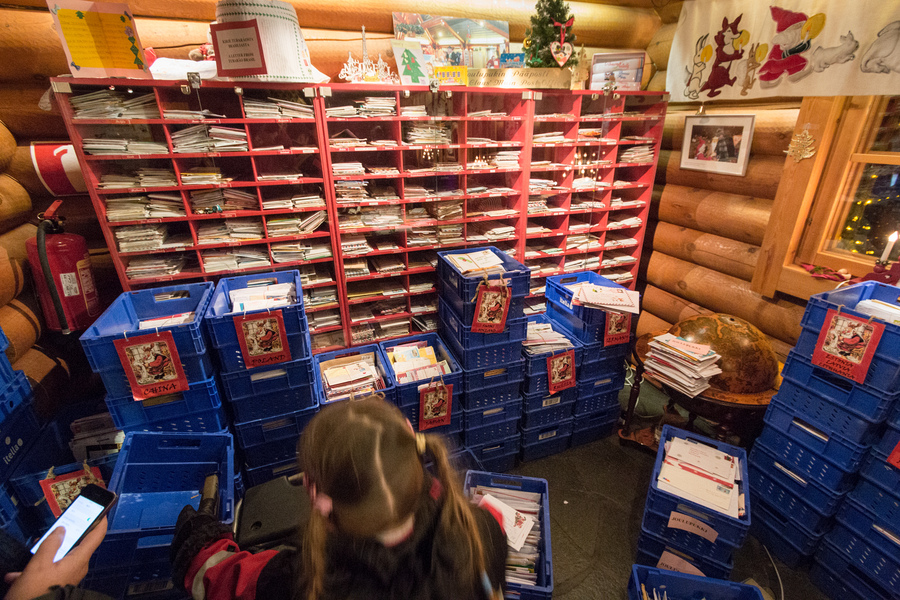 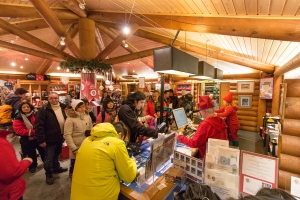 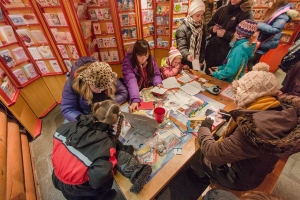 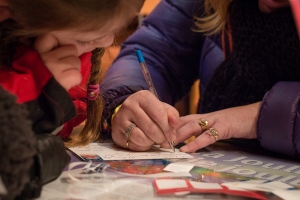 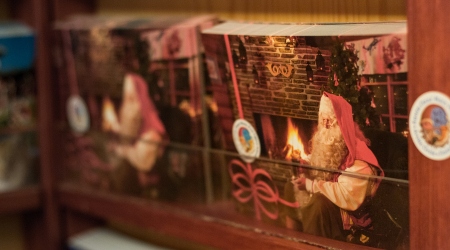 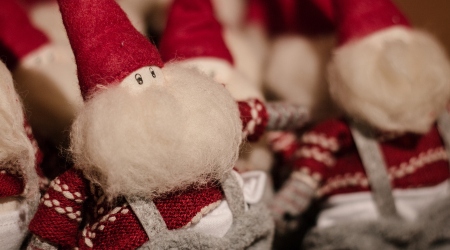