It was bound to happen. 11 months with no theft or anything, we were surprised. No use for our Travel insurance. But then it happened. The violated feeling, the disappointment, the hassle. Pickpocketed in the one place we were told it would happen. Take heed of our cautionary tale. 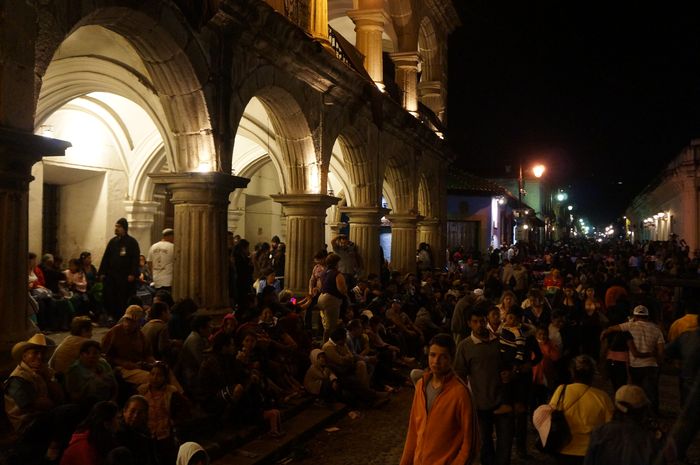 Maudy Thursday the crowds were in Antigua in droves. The Holy Week was on and Friday was the biggest day of all. We had been home all day and were dying to get out.

We headed into town to eat. We realised a little too late that was a mistake. There are 3 arched walkways around the Central Park and the one we decided to walk down got thicker and thicker until movement was near impossible, we were stuck. 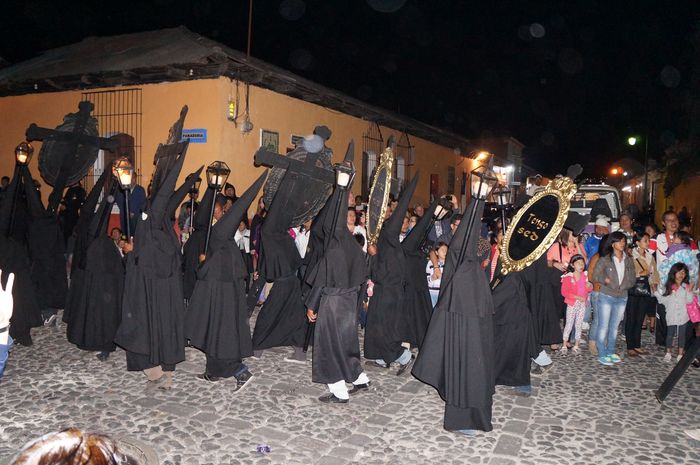 A procession was happening in Central Park and the crowds were packed in tight.  Everyone had stopped to watch. I didn’t want to, I felt uneasy in the crowd with no reason except I had two little kids and my inner caution was screaming at me.

I asked my husband if he had his wallet and he nodded yes so we proceeded to push and move our way through. My daughter was on my husband’s shoulders, while I piggy-backed our son. Through the thick of this crowd he fell off my back and I was awkwardly carrying him half to the side, half to the back- that’s how bad the crowd was. My husband had one hand on our daughter’s foot keeping her upright and one hand in his front pocket over his wallet.

As we finally pushed our way out of the thick, sweating sea of human bodies he realised a few seconds too late that out of the two iPhones in his unprotected front pocket, only one remained. 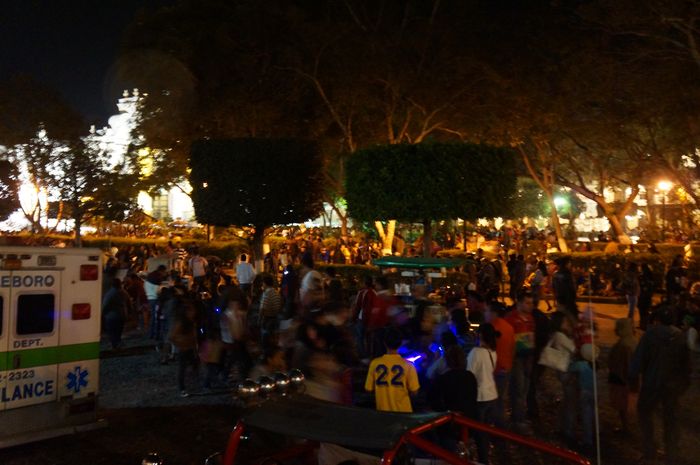 “Babe, do you have your phone?”

He turned back to the crowd, but the impossibility of finding any thief in the mass of human bodies was hopeless. I mean, what fool thinks he can take on a 6”8 giant with a beautiful child on his shoulders? A coward that’s who. One who can melt into the crowd and never face down my giant of a man.

Then it hits you!

First – someone was in his pocket! His front pocket, I mean come on!

Second – my iPhone, which has been smashed and fixed so many times, is gone. Most recently fixed 2 weeks ago for $100 in Guatemala City. Luckily there was not a lot of photos in that time, which I hadn’t taken off, but my watch, my diary, my music-player, my gamer, everything was gone.

And then third – The wallet is okay and Josh still has his phone, which was in the same pocket. We are blessed. May whoever stole it needed it more then I and hopefully is feeding his family tonight.

Once we got home we checked our travel insurance and found it was claimable, but we needed a police report. We found a phone number for the tourist police, open 24 hours a day with bilingual staff, but no answer.

My husband decided to jump on the scooter and go looking for it. He was gone for an hour walking the streets before he finally stumbled on some back parking lot with 2 cops standing around. One of them made a phonecall and an English speaking person came on the phone. Passing the phone back and forth Josh managed to get the report done and arrive back home close to midnight.

This map will show you where the tourist police is should, God forbid, you ever need them. The tourist policae can be found on the far West side of the map, located by a "Z" below the bus station/markets. 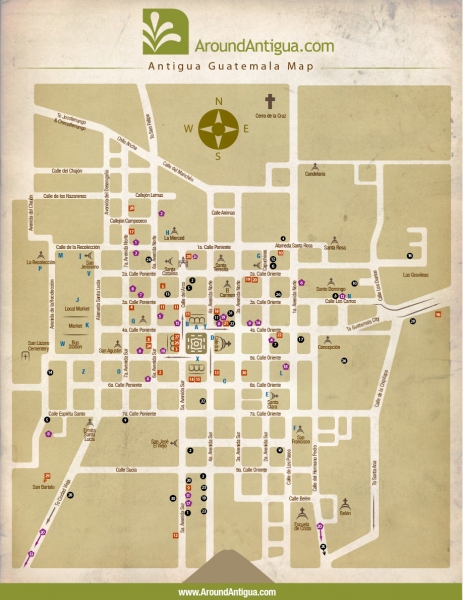 I also activated the “Where is my iphone” app and my Prey program. Prey is a great program which you can locate your items. You can flip a switch to missing and it will take a photo with the front camera to hopefully catch the perp. It also enables GPS and forces a wifi connection if near one.

Unfortunately without a sim I had no 3G and the wifi never connected. I suspect a hard reset was carried out immediately.

I’ve finally accepted my iPhone is gone, and I am working very hard on the forgiveness part. May this be the last part of the bad side of travel.

Now when can we get back to the States so I can get a new phone?

"I respond to every comment by private email. So please leave me comments, I love chatting to you" - Josh Bender
Posted by Hannah @ Getting Stamped on Apr 6th, 2013
That really sucks! We leave for our RTW in 83 days and we will be in Antigua for about 10 days, so thanks for the heads up!!! We are going to be on the road at least 2 years, so hopefully we will be able to escape getting pick pocketed! We are purchasing travel insurance just in case!
Posted by Karin on Apr 8th, 2013
Sorry to hear but you have the most precious items that's the kids
Posted by Kate on Apr 10th, 2013
Hope your insurance company at least make the replacement process easy. Must feel violating though.
Posted by Lola on Apr 10th, 2013
losing your iPhone is the WORST THING EVER! i've had it happen twice because i'm careless. it feels like a piece of my body has been chopped off. the photos are truly the biggest deal of all. i back up my phone all the time now so i can at least have the pictures. :) so sorry for your loss.
Posted by Rich Polanco (UnwireMe.com) on Apr 10th, 2013
Wow, that truly sucks. I've been living in Antigua for about a year and carry my iPod at all times. Never had anything like that happen *knock on wood*. My favorite pants are the ones with zipper + velcro flap and I use them whenever I travel outside Antigua.

Antigua is really laid back. It's during those big, massive celebrations that dodgy characters from the city come here to take advantage of unsuspecting visitors.

Hope the rest of your visit is much more pleasureable :-/
-Rich
Posted by Charlie on May 27th, 2014
Where in Guatemala City did you get your iPhone repaired? My touch screen doesn't work anymore :(