From my seat on the porch I could smell the smouldering scent of nearby campfires. I could hear the rushing river and it’s unceasing tinkle. I could see shades of green, yellow, brown and red blending together in the trees that lined the muddy banks. I could feel a sense of peace with nature and oneness completing my soul. I could finally, in that one moment, understand what camping was all about. 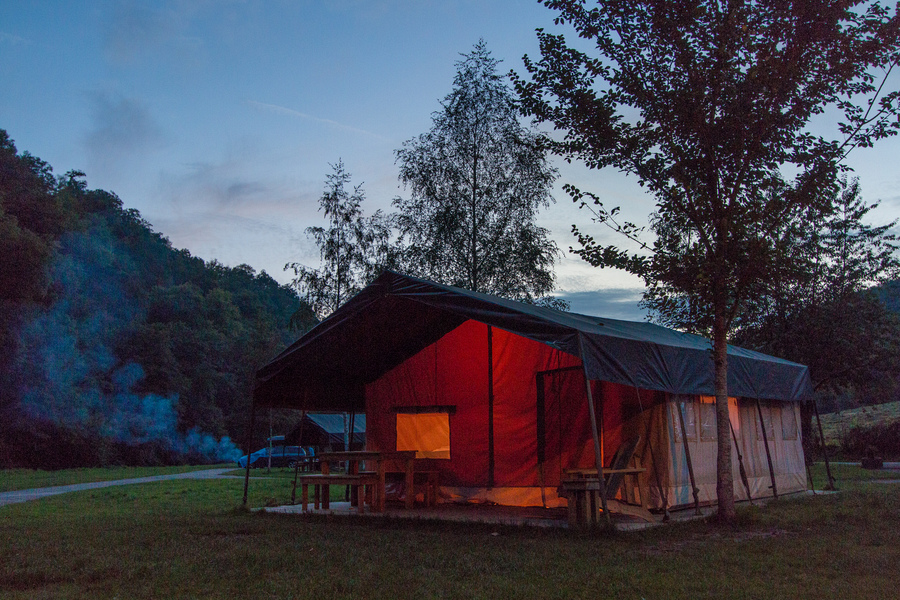 Enjoying the simplicity of nature.

It had been many years since my last camping experience. We did take our Jucy campervan through the Pacific Northwest in the US last year, but no tents. Our last tenting experience was a mid-summer misadventure back in Perth, Australia.

The temperature that day was over 40°C (over 102°F) and didn’t get much better in the evenings. I had a young baby at the time and had packed half the house just to head out and enjoy the Australian bush. After just 1 night I ended up capitulating, packing up early and returning back to my air-conditioned home in the suburbs.

Now we were giving camping another shot, but my two biggest camping fears were already put at ease.

In the far north of Luxembourg, out in the woods we were not likely to come across temperatures of 40°C, in fact it might be more cold than hot.

My second anxiety on having to pack half the house, or at least own certain camp items, was also abandoned when we found Camping Kautenbach offered Safari Tents.

What is a Safari Tent?

A Safari Tent is a permanent tent fixture offered by Camping Kautenbach for those less inclined to bring their own tent (like me). You can find different sizes, however ours was 2 bedrooms plus one living/kitchen space.

One bedroom was complete with a bunk bed, already made with sheets, pillows and blankets, the other bedroom with two single beds, and a shelving unit. 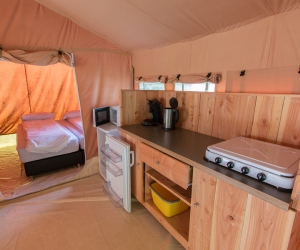 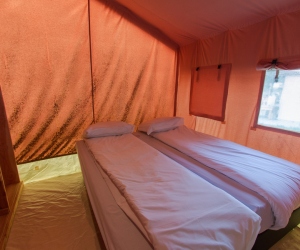 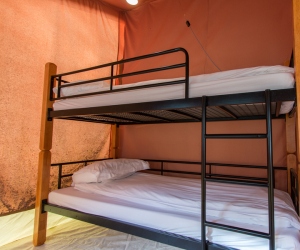 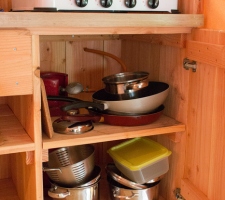 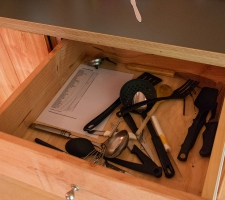 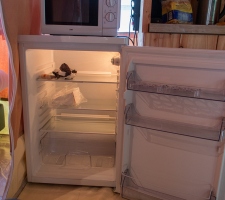 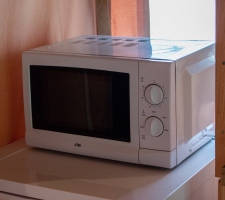 There were electrical lights in each room, plus heavenly powerpoints for charging our sacred laptops and unbelievably vital phones in the main living space.

There was a large water jug to hold water for hand washing or drinking, plus buckets to transport dishes to the cleaning room. There was even a broom for sweeping out the leaves and bugs that could have entered the tents (although none had the nerve to try).

Out on the porch was another picnic dining table, plus two reclining wooden chairs. 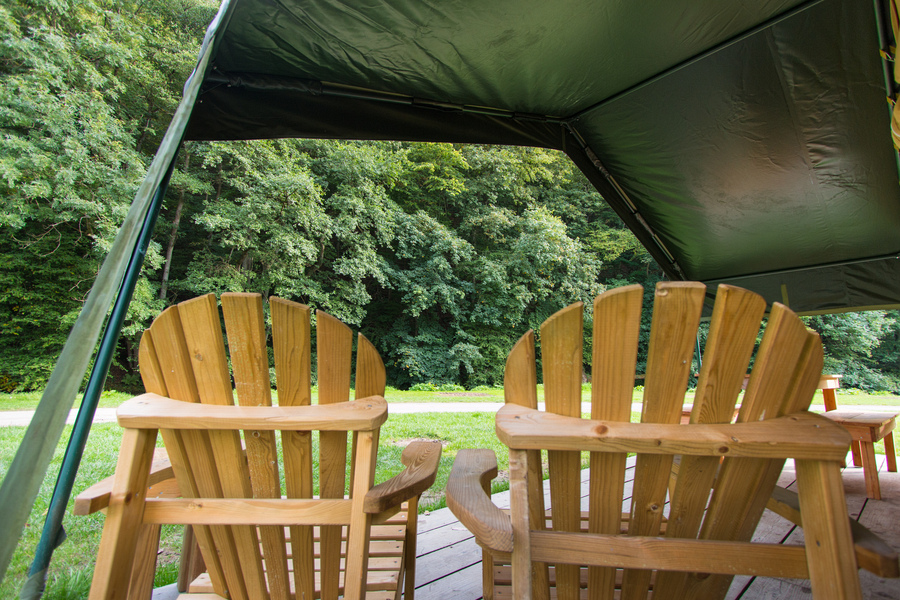 Kicking back on the porch and listening to the babbling brook.

It’s considered a luxury camping experience, which has been suitably dubbed “glamping”.

The grounds themselves were rather large with campervans, tents, chalets and all sorts making home there. In a central location was positioned a restaurant and small shop. The restaurant complex also included a games room with pool table, toy box for kids, board games to borrow, oodles of books, and a public computer. 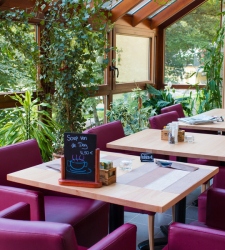 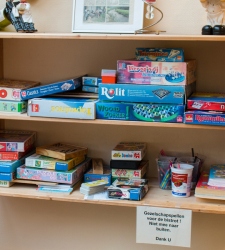 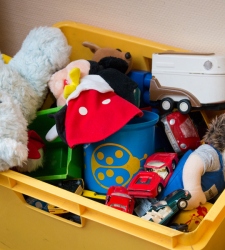 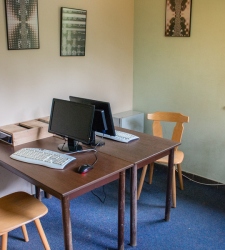 Also spread throughout the site were multiple toilet/shower blocks. These were equipped with toilet paper, soap, motion-sensitive lights and were spit-spot clean.

Near our tent was a swing set and slide, and a short walk towards the restaurant was a complete playground with trampoline, larger slides and climbing structures. 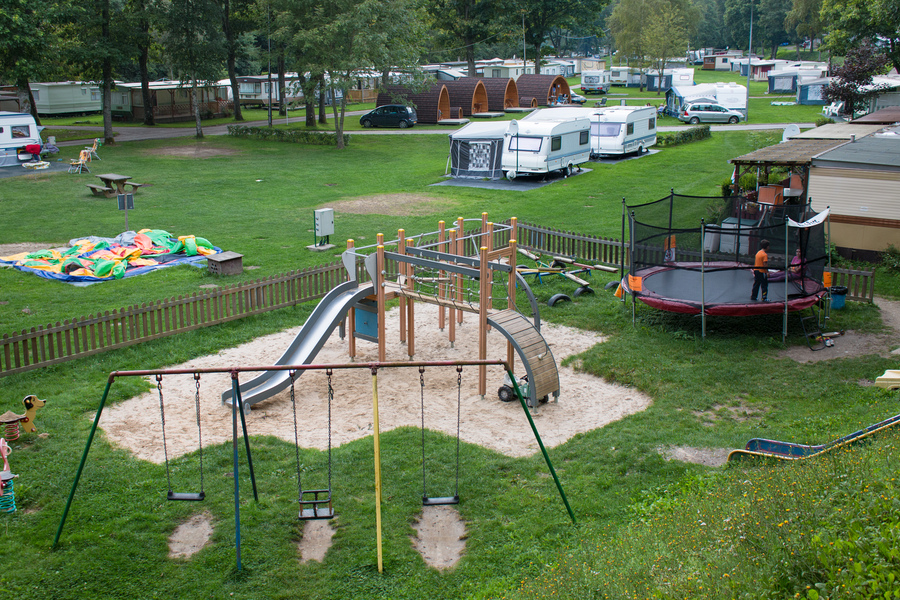 The river was on our doorstep and perfectly drinkable. Several other guests successfully fished in there day and night. I could hear it’s soothing tunes all night and it only caused discomfort in the morning when it’s delightful tinkle encouraged a tinkle of my own.

There was paid Wi-Fi available close to the restaurant, but we made a point of being offline for our 2 nights, except that one time

Like most campsites Camping Kautenbach is out of town. It’s about a 15 minute walk to the Kautenbach train station if you daringly walk the railway track, otherwise set yourself half an hour by going through the village along the main road. 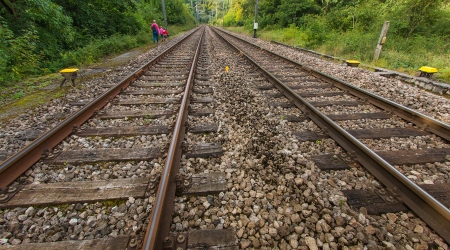 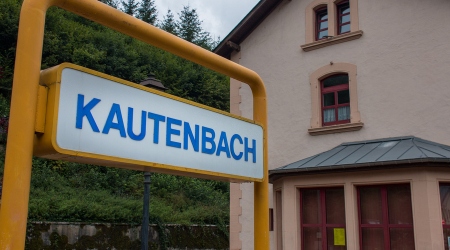 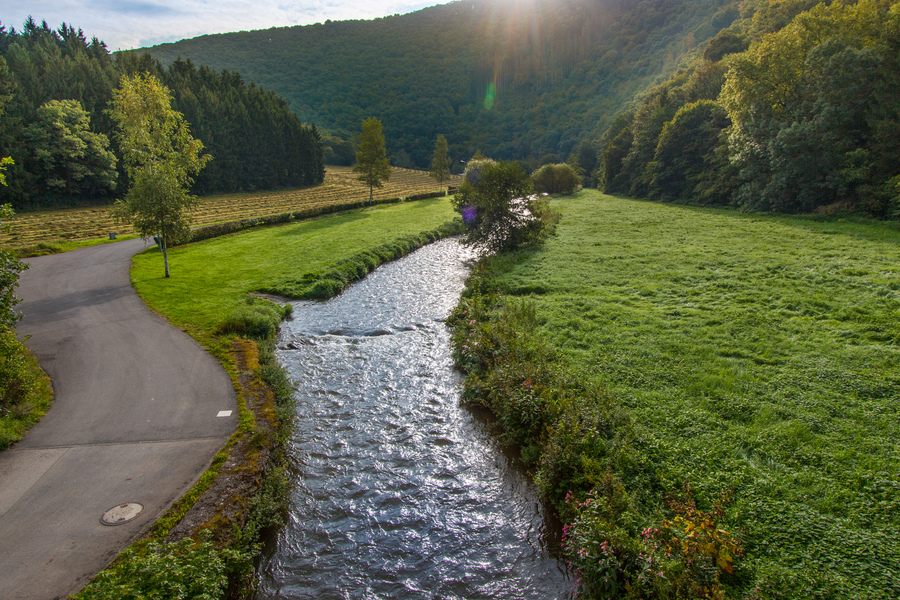 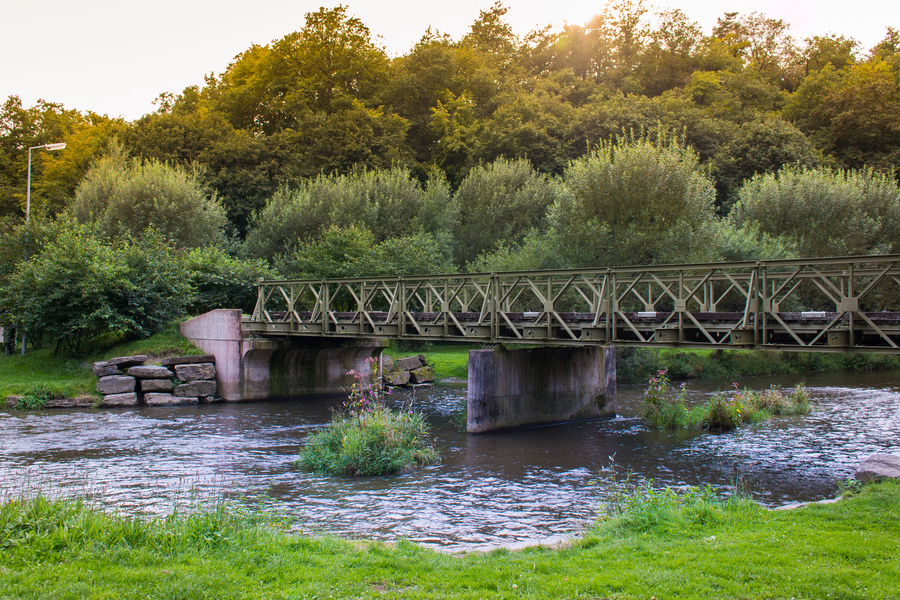 Having a car would be a more convenient way of getting around.

The train will take you to Ettelbruck, which as a major station can take you virtually anywhere, including Luxembourg City.

Unfortunately while we were the train line near Ettelbruck was under repair so we had to get buses to the next train station (Mersch), which set us back nearly an hour compared to the express train direct to Luxembourg City.

While a lot of things are provided in the luxury tent, you will need to bring a couple items. The campgrounds provide with you a little goodie bag filled with important items you might have forgotten – matches, toilet paper, a small squeeze of dishwashing liquid and dish cloths. 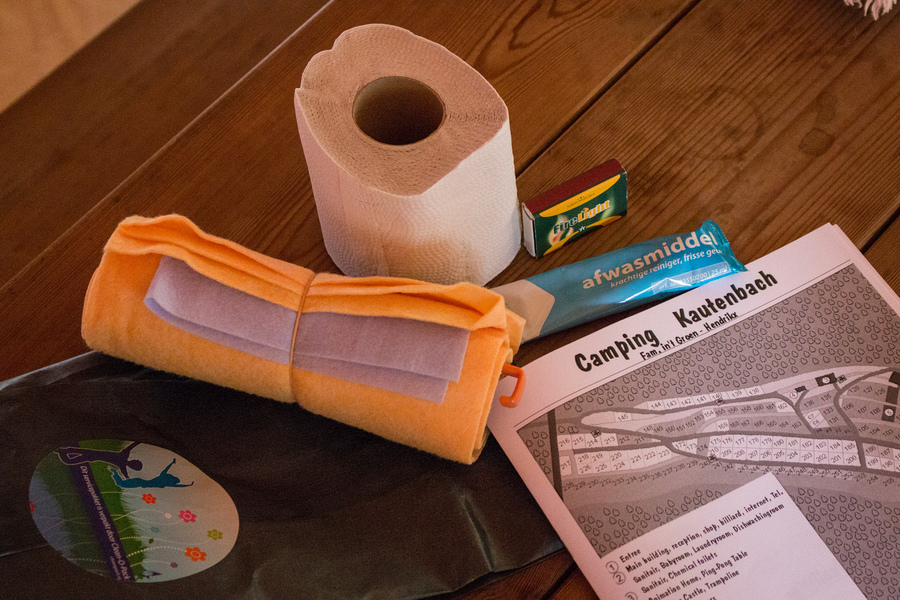 Other things to think about:

Towels – we had none and thus had a Luxembourg shower-free zone. It sure felt good once we reached our hotel in our next destination, Stuttgart.

Warm clothes – the evenings were chilly even in the late summer months so bring your jackets and jeans.

Pyjamas – if you are in the habit of sleeping naked, you may want to consider pyjamas so those late night toilet runs or grass peeing moments aren’t in the nude.

Bug spray – we didn’t have any problems with bugs in our tent, but we noticed a few of them outside. I was so happy to have our Aeroguard with us.

Marshmallows – no camping trip is complete without marshmallows to transform into a gooey mess over a campfire.

But really, less is better and those are the only items that would make a great camping trip into the perfect glamping trip.