After nearly a month of food failures in Bulgaria we were excited to try Polish food. I had a friend back in Australia’s whose family used to cook up some awesome Polish dishes so you could say I had high expectations and a big craving.

In the centre of Poznan, Poland is a small hole-in-the-wall shop selling 4 types of ice cream with flavours that change daily. 3 mums started it and now their 3 daughters work there as well. Also since the queue during summer can reach up to 120 people long, they have opened 2 more stores (smart move!). The Traditional Ice Cream Factory (Wytwórnia Lodów Tradycyjnych) serves lovingly hand made ice cream. My husband, being somewhat of an ice cream connoisseur, had to agree it was among of the best he has tasted anywhere in the world. That’s a big call considering he eats ice cream every second day.

Light and airy, but packing a full flavor punch, and naturally made, you won’t be disappointed with this purchase.

Ice cream can be found everywhere in Poland, just look for a Lody sign, but if it’s a heavenly experience you are after then you can’t go past this traditional hand-made ice-cream. 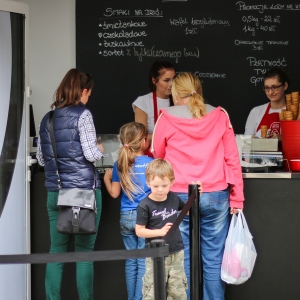 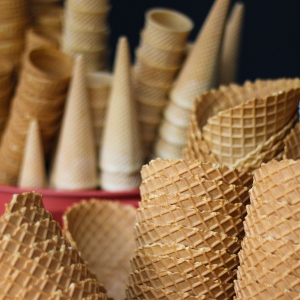 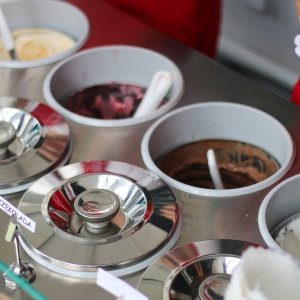 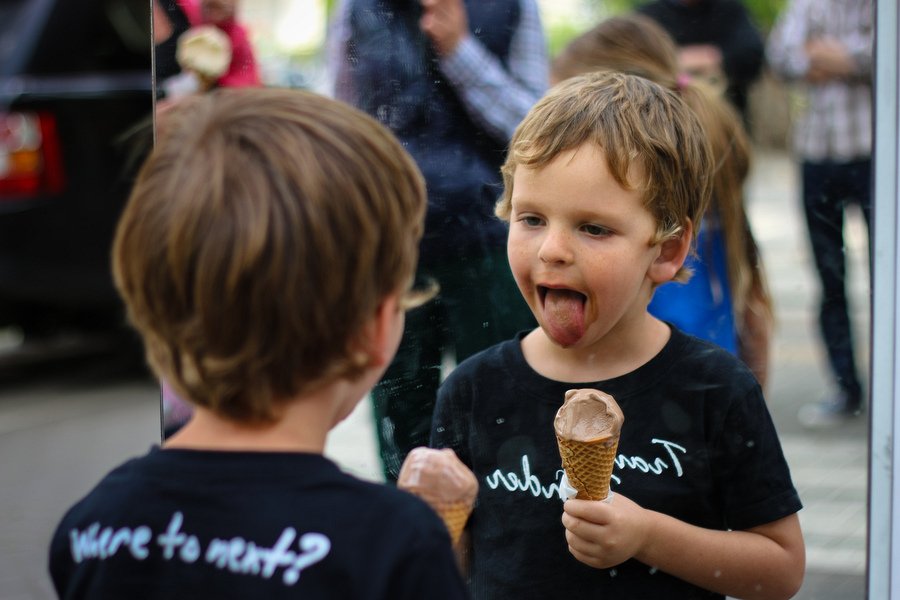 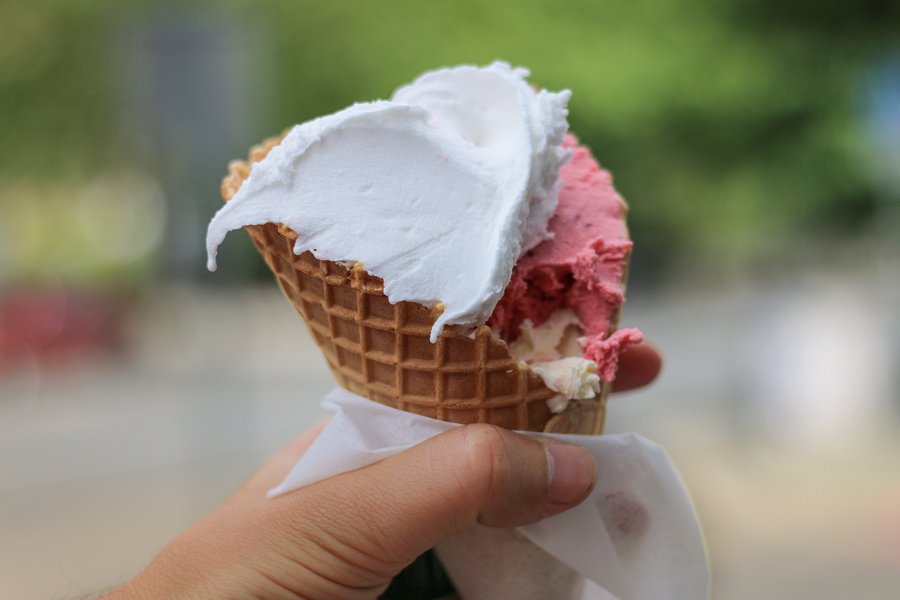 This was my number one thing to try when in Poland and I wasn’t disappointed. You get pierogi (Polish dumpling) in many ways. The wet version is more like filled pasta not much different to giant ravioli. And the dry version is a fried pastry-like pie also packed with your choice of filling.

The wet potato ones you find in the Old Town Square were my favourite, but the kids were fans of the meat filled ones. Only Josh was a fan of the mushroom and cabbage variety.

For sweet options we enjoyed the fried versions the best, with the apple and cinnamon flavoured pierogis made it off the plate in record timing. 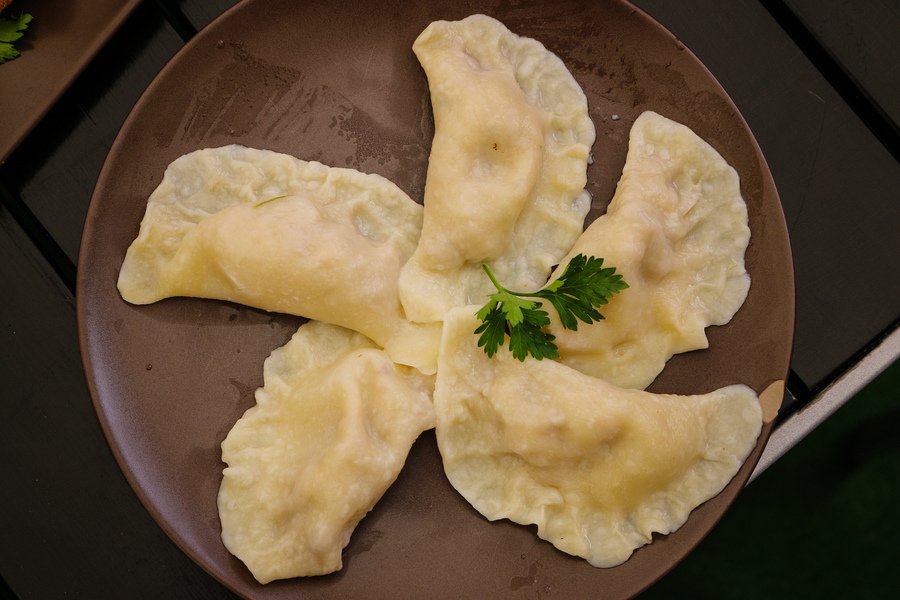 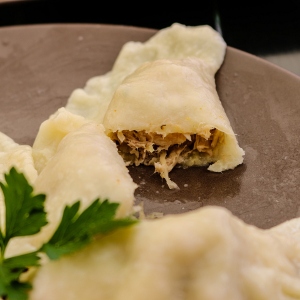 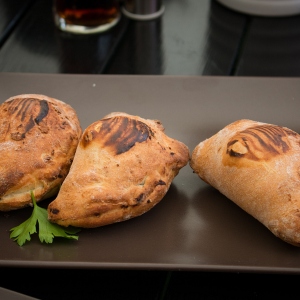 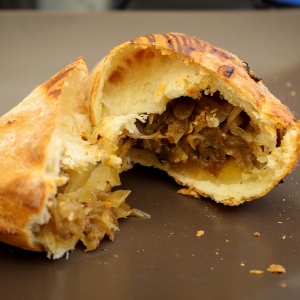 This delicacy is exactly how it sounds. Looking like a sausage roll with an outside of cabbage instead of pastry. Inside the cabbage is stuffed with meat and rice, then covered in a tomato-based sauce and served with mash potatoes. 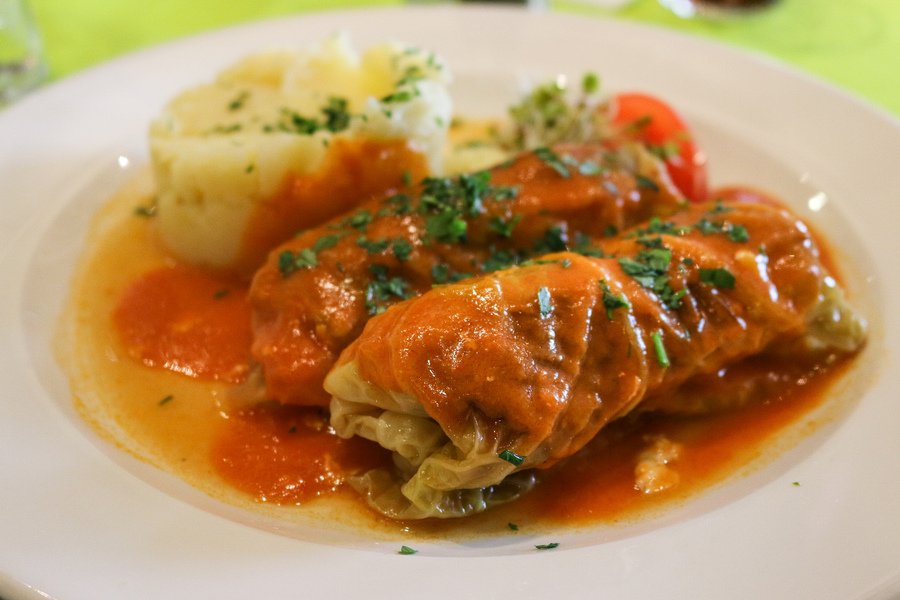 Polish sausage is everywhere - big & fat, small & thin. We first tried it at breakfast and were very easily won over. Plump, juicy, and an explosion of flavor in each mouthful. One amazing discovery after the next.

My husband is the only sauerkraut lover in our family. But he found it the perfect accompaniment with his sausage. I would have to pass on that one. 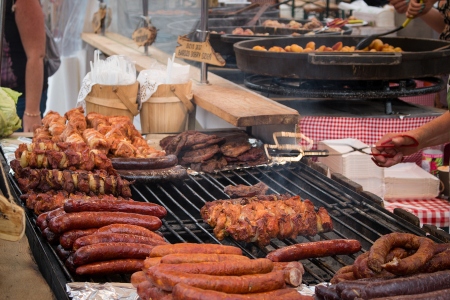 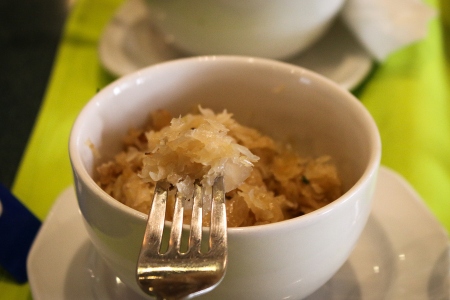 We weren’t quite sure what to expect with this one and ordered it on our last day after snacking on piergoes in the Old Town Square.

It’s a white soup with small pieces of sausage, bacon and even a hard boiled egg, but the flavor is undeniable unique. It has this underlying distinct sour distaste that makes you recoil after the first mouthful, but at the same time a sweet addiction that begs you to try it again and again and again. I still can’t decide whether I like it or hate it, but give it a try. Josh loved it hands down. 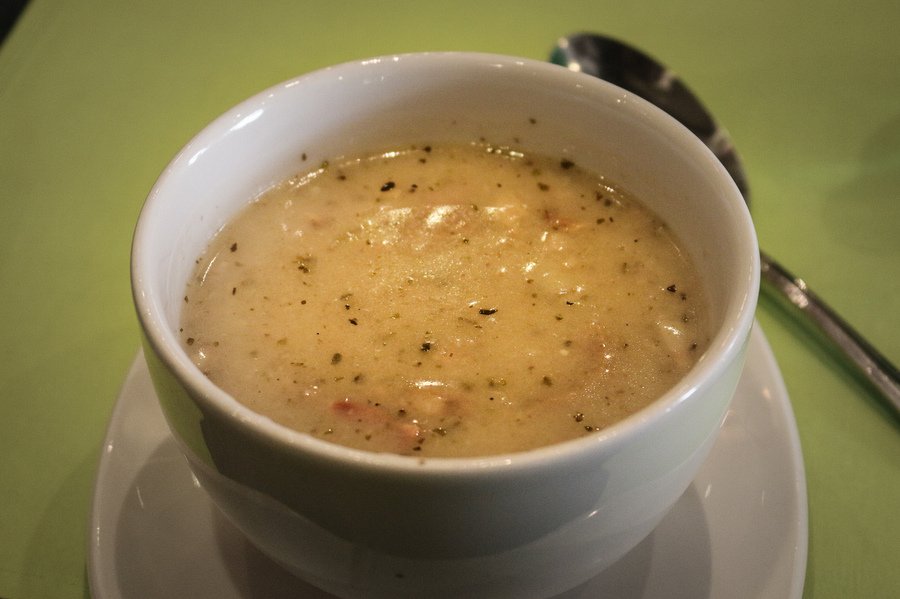 You might have guessed that is not a vegetarian dish. A slow stewed cut of pork from the foot, which is jam-packed full of flavor and fall-of-the-bone tenderness. You can find it in fine dining restaurants as well as street food. Josh was the only one brave enough to try it, and he gave it 2 hooves up. 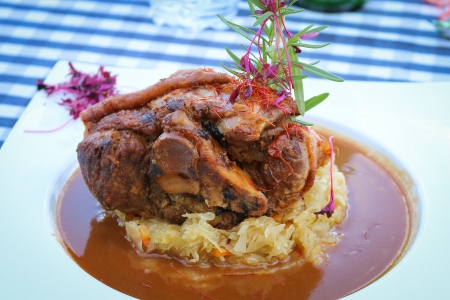 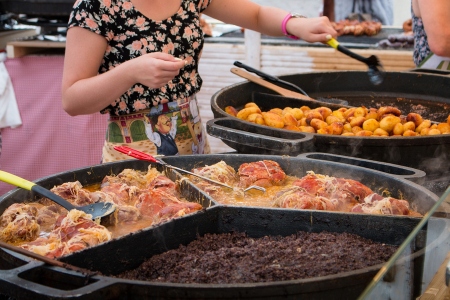 And a visit to Poznan isn’t complete without trying St Martin’s Croissant. Previously this delicious Rogale was only found on St Martin's Day November 11th every year until recently they decided to start selling them year round. The name, Rogale, doesn't translate to English so it is often referred to as a croissant, although it isn't. Unlike French croissants, they are crescent-shaped sweetrolls with poppyseed-almond filling. The pastry is legally only allowed to be made in Poznan (with delivery going to every other Polish country), thus you will see bakeries proudly displaing a certificate of compliance with authentic, traditional recipes. 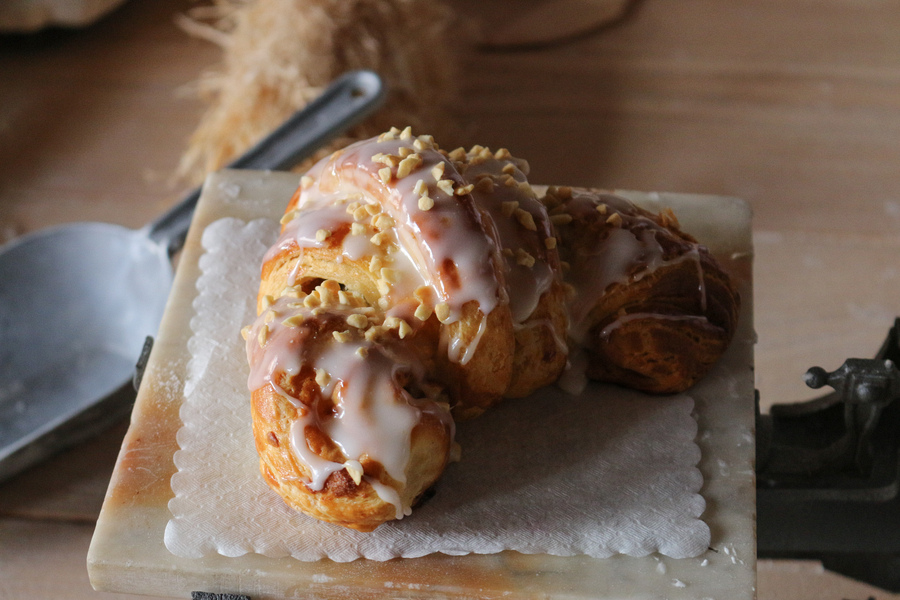 There were so many other foods and markets we didn’t get around to trying and I completely disappointed my stomach wasn’t large enough to fit it all in. I guess we will just have to return for some more perfect Polish cuisine and make this list even bigger. 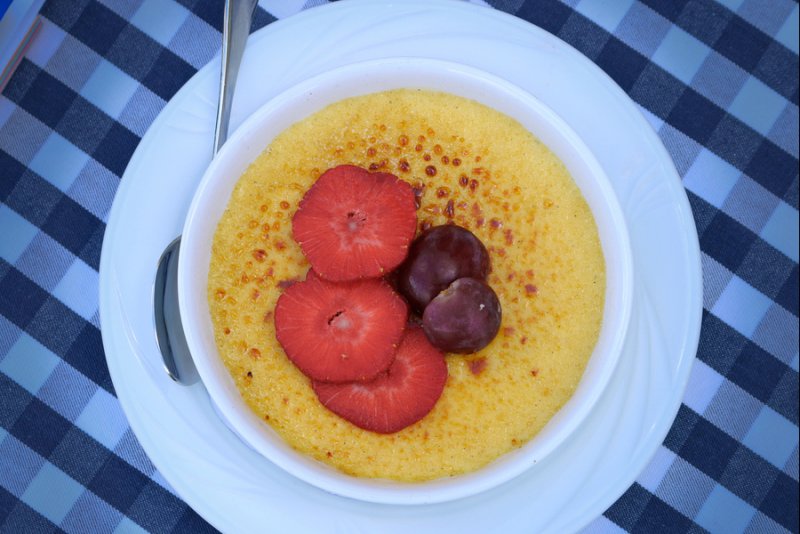 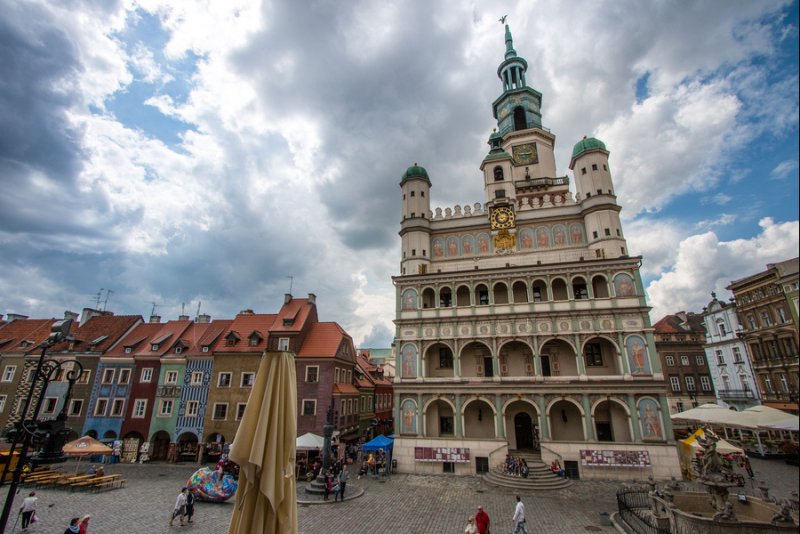 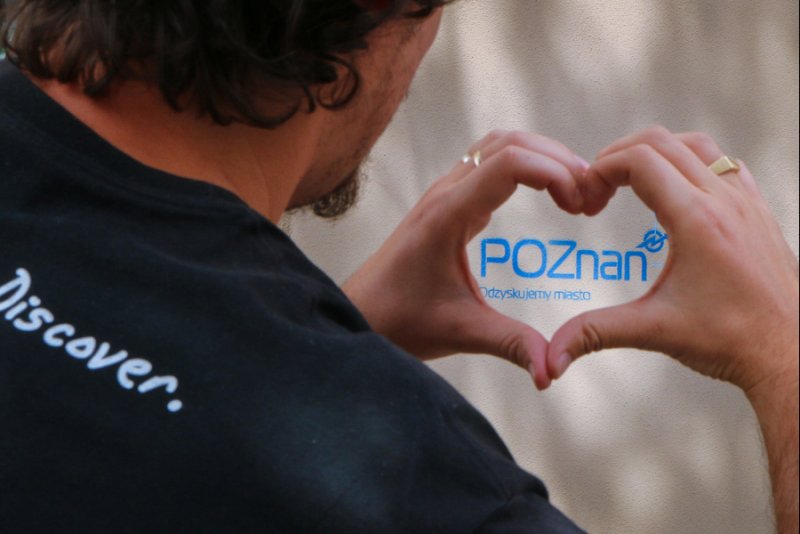 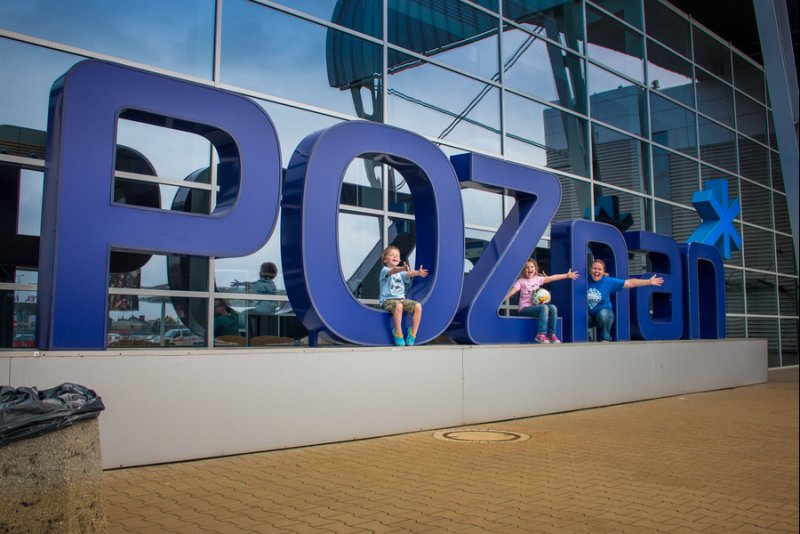 Come with us and visit Poland. But not the biggest tourist magnets like Krakow and Warsaw. We went looking for something a bit different.

Looks absolutely amazing! Loving the ice cream and stuffed cabbage- I am hungry!

Great list! We haven't made it to Poznan yet, but it's certainly on our list. And when we do, I'll definitely have to try the St Martin’s Croissant. :-)

Interesting. It's nice to hear that people enjoy Polish food. By the way, I'm Polish and even I never heard of St. Martin's Croissant. You learn something new every day. :)

It's nice to read that someone foreign enjoied polish cusine. The ice cream is actually really good, but sour cabbage and golonka not so much, it's rare to order one even if your Polish.

I love Polish food and pierogi are definitely my number one. I could eat them every day;) I love visiting Poland and discovering new flavors, dishes and Polish restaurants. My favourite on eis in Warsaw - the Akademia. They have incredible food, and their pierogi are the best ones I have ever eaten!

I toally agree that Polsih food is delicious. It is like one of my favourite comfort food, especially soups. They are filling, warming and so delicious... :) I go to Poland at least few time a year, and I always go to Polish restaurants. Last time I have read some recommendations and also went to the Akademia Restaurant in Warsaw. It was delightful, the food was out of this world! I wish that I could visit Poland more often just for their delicious food!

Polish food is great and Polish people definitely know how to cook. Their food is really delicious, and that is why during my every trip to Poland I always try to discover new flavors. One of the best places I have found is actually in Warsaw and it is bar called Bubbles.Even though it is mainly bar, they also serve delicious food, both Polish and European. You can try traditional Polish tartar as well as seafood there - everything fresh, simple and incredibly tasty. For me it is a must on a culinary map of Poland!

Ya Ya Ya...everyone loves Pierogi as well as golumpki, but what about garatchki?
(Duh-Uh! The key to the garage door.)