Split to Dubrovnik: And The One Really Important Thing You Really Must Know. Really.

We hadn’t done much research into Dubrovnik. We knew where we wanted to stay. We knew we had to do a Game of Thrones tour and other than that, we didn’t know much else. 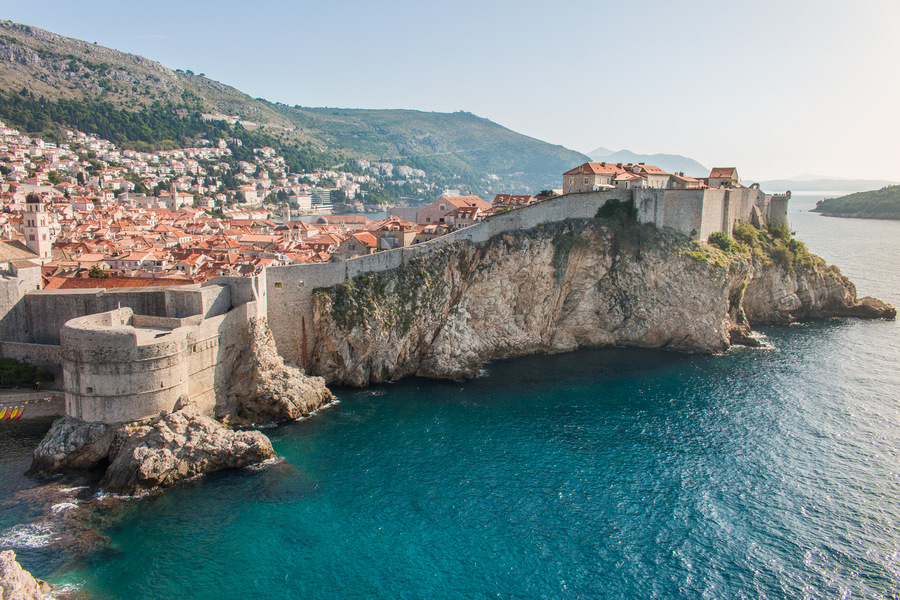 Tip: As an alternative to driving, check out ticket prices for the ferry from Split to Dubrovnik.

Our friends, Hai and Jessica from Notes of Nomads, were staying nearby in Podstrana and, when we invited them to a weekend break in Dubrovnik before we all left Croatia, they were delighted to come along.

We picked them up in our Sixt rental car that we had hired for the month, and they squished in the back with our 2 kids. It was a 3-and-a-bit hour journey so everyone wedged in and got comfortable. 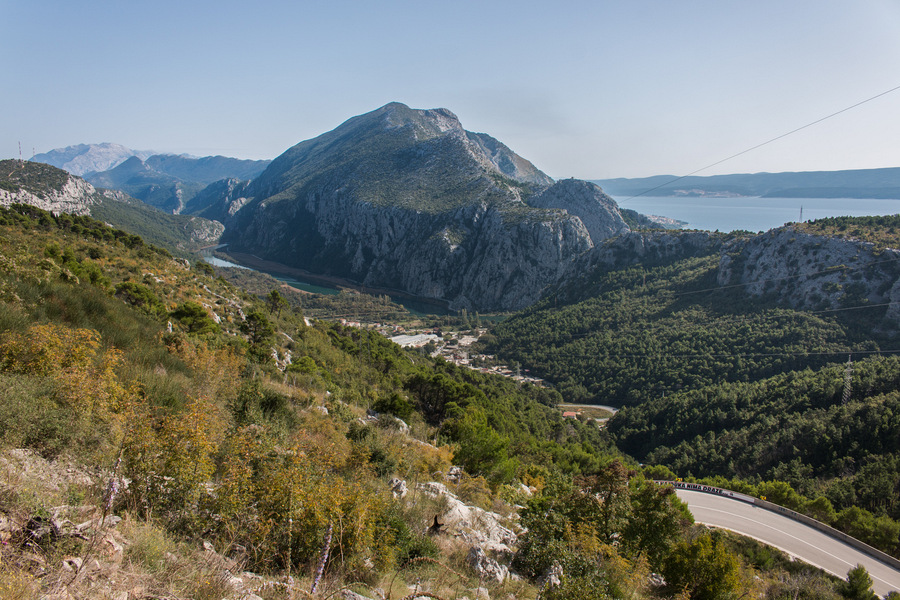 View of winding road outside Omiš on the way to Dubrovnik.

Josh and I had reviewed the map the previous night on his smartphone and Josh mentioned it looked like we got pretty close to Bosnia and how cool that was.

Yeah that was cool, another country to tick off the list. But that’s as far as we thought about it. The only things we did think were:

The fact that we actually had to drive through Bosnia for about 20 minutes was only brought to our attention during our car ride. After a variety of interesting conversations, Jessica and Hai mentioned something about passports.

“Hold up,” I demanded, “what do you mean passports?”

“We are going through border control to get into Bosnia.”

“You mean we need our passports?

I carefully considered this and dumbfounded said, “How did I not know about this? We didn’t bring our passports, we thought we were staying in Croatia!” 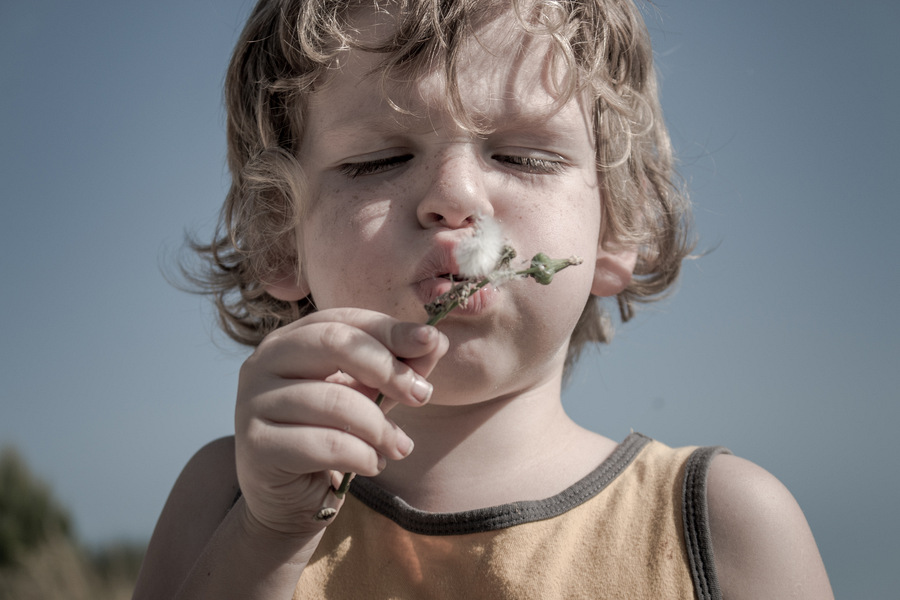 It hadn’t even occurred to me we would need our passports to cross the borders. After the last few months of travelling within the Schengen area in Europe, the idea of passports was almost forgotten. A thing of the past.

Had we just driven 3 hours for nothing? Would we be told to turn around and go back to Split? And if we did turn around, would we drive back and get our passports and make the long drive back, wasting 6 hours in the car?

I told my self not to worry about it. After all, worry is wasted energy for something that might never happen. But I was tense and nervous. Very tense.

The ominous blue painted border crossing loomed ahead of us and I wiped invisible beads of sweat from my brow. Jessica and Hai weren’t wrong; we had to cross into Bosnia.

I drove the car slowly to the window, told my daughter to smile and say “hi” from the back window and lowered my window. I took a deep breath and put on my most dazzling smile and in my Australian drawl said, “G’day mate.”

“Yeah about that… I don’t have my passport.”

He looked like he was trying not to roll his eyes, like he had heard this line one thousand times before. He glanced into the back seat of the car, at the 4 people squished in tight, and I could just see the cogs turning in his mind about all the stowaway immigrants I was smuggling that wanted a brand new life in Bosnia (yeah, right!).

“We have 2 nights booked at the Dubrovnik Hotel Palace. We’re just taking a weekend trip to Dubrovnik. Our passports are back in Split. It’s just a holiday. I didn’t realise we had to bring our passports.” The words were stumbling out of me faster than I am sure he could understand them.

“Where are you from?”

And just like that, he tilted his head, “okay, go on.”

And I rolled the car slowly through the gates in disbelief, gathering speed as fast as I could in case he changed his mind.

We were exuberant and there was a jubilant cheer for joy, until I pondered, “what if they don’t let us back into Croatia? Our passports are in Croatia and now we are stuck in Bosnia!”

Again the tense journey continued and we sped through Bosnia not daring to dawdle and take in the beautiful views, just hoping to make it back onto Croatian soil. Oh, we did 1 quick roadside pee-stop for the kids. 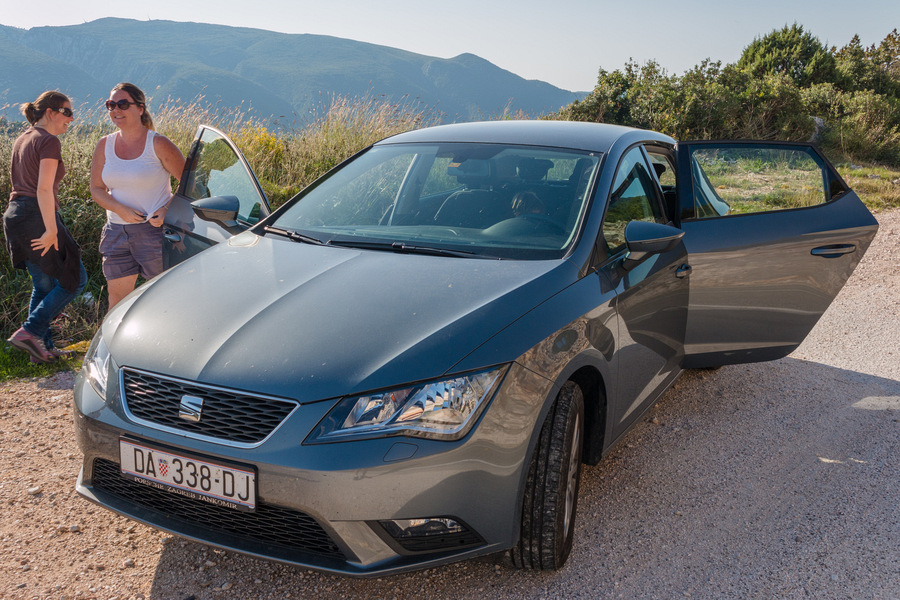 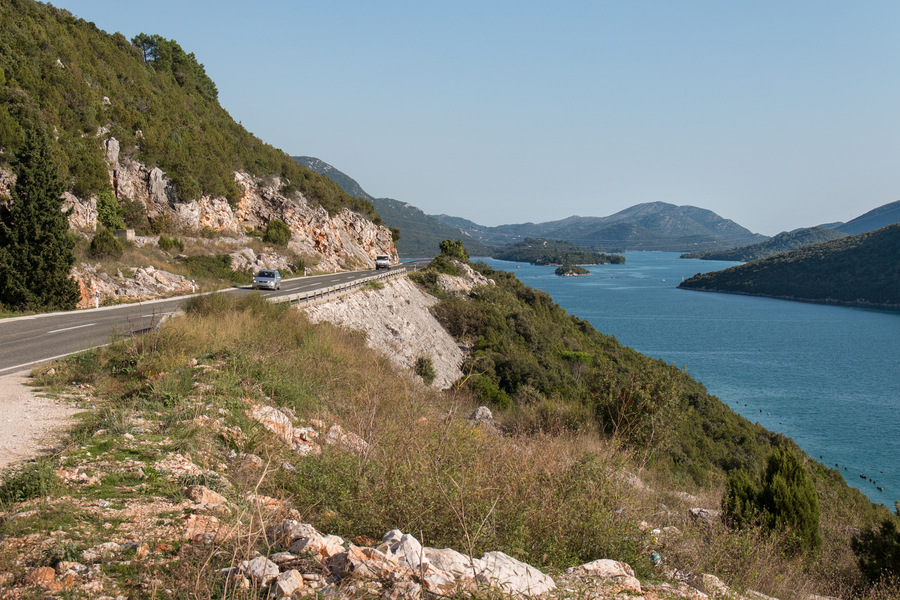 The scenic coastal road between Split and Dubrovnik.

It was a short journey, since Bosnia merely owns this small strip of land for the strategic coastline access. The next border crossing materialized on the horizon out of nowhere, like a daunting mirage in the desert, and I waited impatiently behind a car that seemed to take a tediously long time. Their passports were handed from the border-crossing window to the driver and it was our turn.

I rolled down the window and squeaked, “Hi!”

“Go ahead,” the policeman stoutly said without a second glance and waved us through.

What?! No questions asked and we were back in Croatia. Oh yeah! *Double fist pump*

It was 2 days later that we were chatting to an American couple at the hotel pool bar before I realised it wasn’t my Australian accent or my dazzling smile that got us through. It seemed pretty obvious that quite a number of people were let through, based on their country of citizenship, as the Americans let me know they had passed through without showing their passport as well.

I felt equally relieved and annoyed at the same time. Relieved that heading back to Split would be easy and annoyed that my pearly white teeth and super smile hadn’t saved the day. 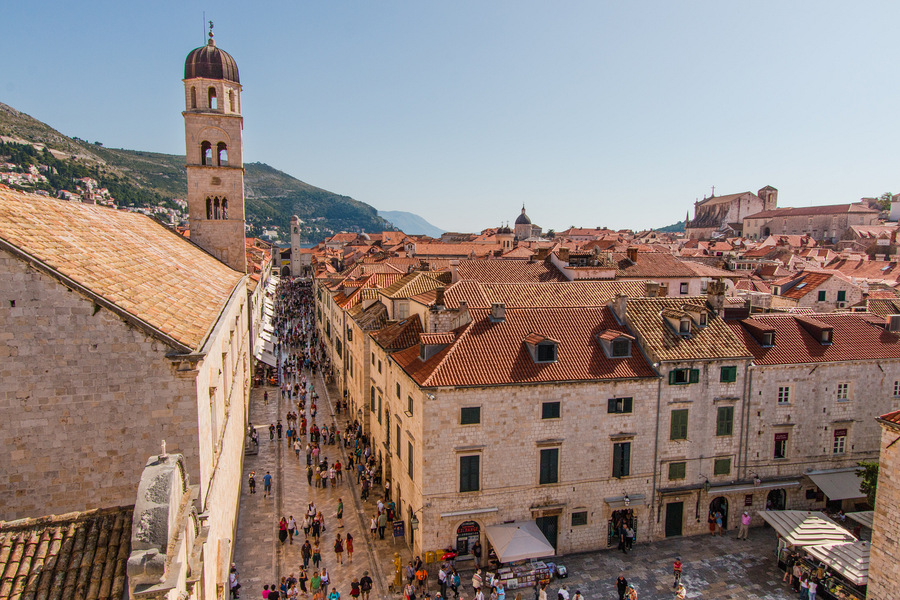 Phew! Finally made it to Dubrovnik.

Our journey home was easier than the initial trip. A simple “hello” and we were waved into Bosnia, no questions asked. This time we decided to stop for lunch at a roadside restaurant. The food was excellent and the meals cheap. 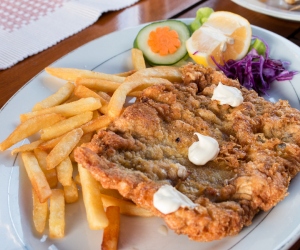 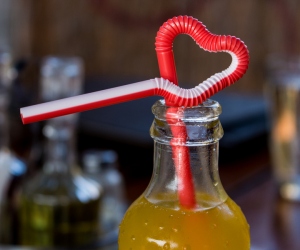 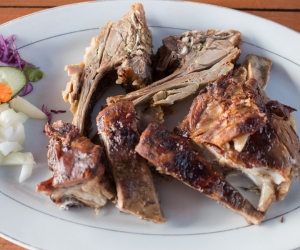 After lunch we passed back into Croatia no questions asked. Literally. I wound my window down at the border crossing and the policeman lifted the boom gate before I could even utter a word.