It's Good To Have Fabulous Family In New York

Our flight to New York was uneventful except the Las Vegas Security argument we got into.

When we stepped off our plane and into the baggage area we saw a familiar face. At first I thought it was Sally Fields, but when she came and hugged me I realised it was Carol.

In 2007 Josh and I had plans to visit New York when his Jewish mother told us she had a cousin in New York. One thing led to the other and they invited us to stay with them for our one-week stay. There were amazing hosts and we fell in love with their family during that visit.

Over the next 5 years I kept in contact with Carol. She was the wife of Serge, who is the cousin of my mother-in-law, did you follow that? Carol is absolutely adorable. A mother who was also made to be a grandmother; she immediately adopted my kids. She had never met them, but over the years she never missed their birthday or a Christmas. She would send the most wonderful gifts for them from pretty dresses to teddy bears. And when you are in Australia receiving gifts like that from New York it’s just the best!

We were so excited to be planning a visit back to see them. They again extended their incredible gift of hospitality and offered to let us stay with them for however long we needed. Turned out we stayed for nearly 3 weeks.

Watching Mia and Caius finally meet there “Aunt” Carol was so exciting for me. They carry their teddy bears all over the world and I could explain to them this was the lady who gave it to them. Mia took to her Aunt like anything, they could be seen together often in Carol’s bedroom talking about shoes and jewellery or in the kitchen baking cookies and decorating them. 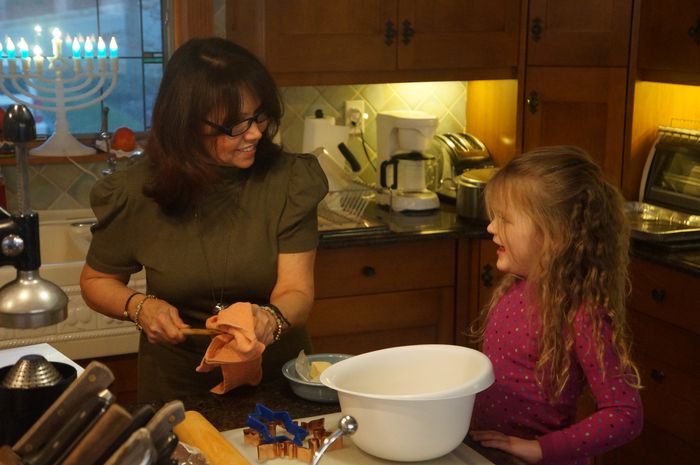 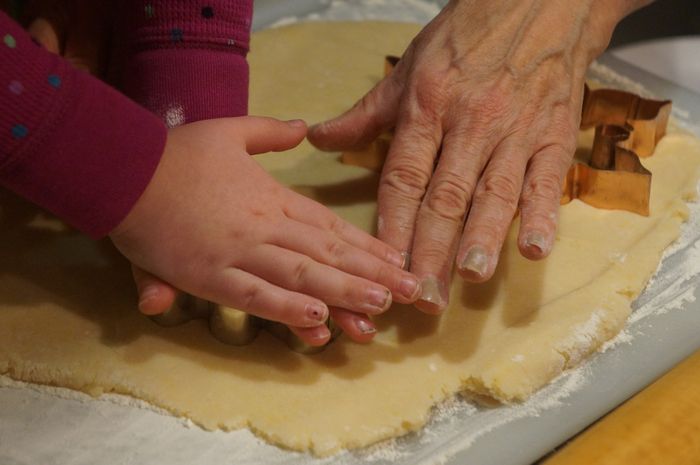 My ever-reserved Caius took quite awhile to warm up to the family, but eventually won their hearts as well. Especially their son, Jordan. Caius is not the easiest personality to befriend, but Jordan fell in love with our little guy and became a great tour guide to us. 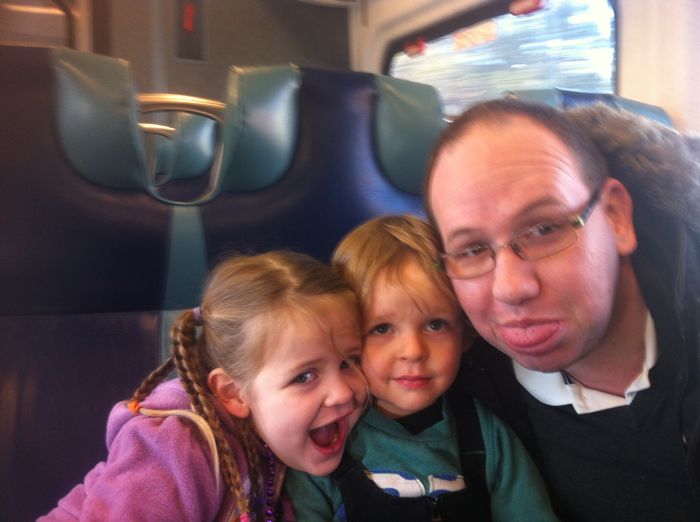 Anyway where was I? Oh yes the airport. Carol came bearing gifts. A beautiful warm puffy jacket for Mia and a bomber jacket for Caius amongst them. She also had purchased a car seat and booster seat for the kids to sit in. She was such a blessing to us. Her generosity cannot be matched.

We arrived at their beautiful house in Great Neck. The suburb is mostly inhabited by Jews. Wealthy Jews. The houses are big and beautiful and sit along the river. Carol offered us two bedrooms from her house and we immediately felt at home.

Our first day was a wonderful surprise with a delicious chocolate birthday cake for Mia and I. It made my day and set the whole tone for our wonderful stay. 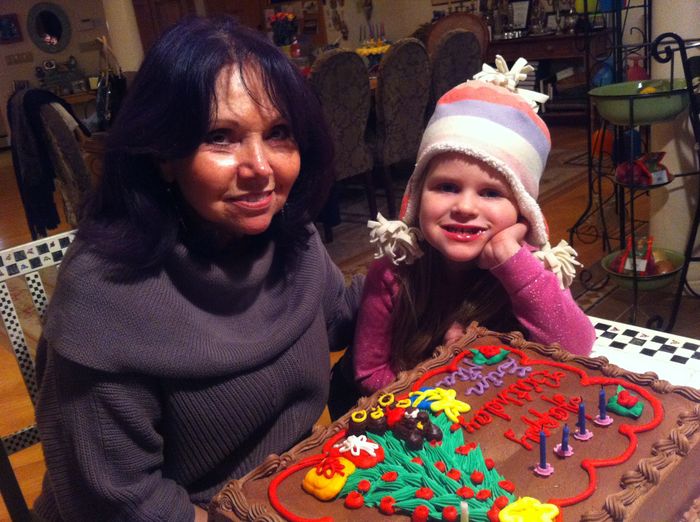 Every Friday night the family enjoyed Aruchat Shabbat. Carol and her housekeeper would spend the day setting the table with fine china and silverware, while cooking up a storm. The meal would start with a Jewish blessing and scripture, I believe. It was all in Hebrew so I am not too sure. The head of the house, Serge, would then break bread and share a piece with all of us. Then the meal would begin. 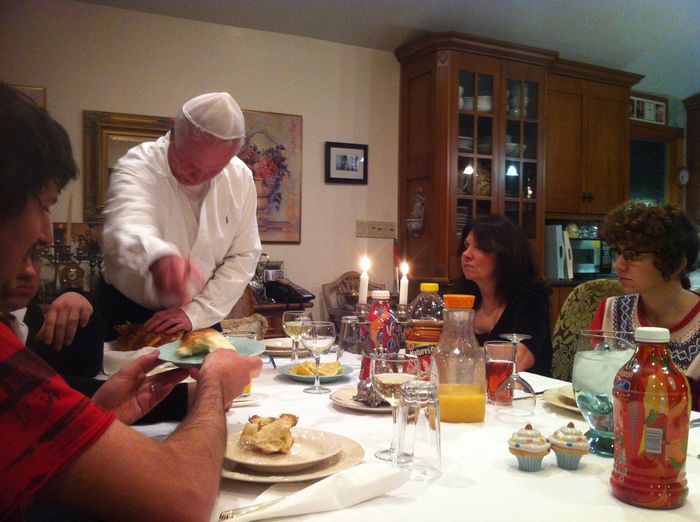 There is a lot to remember in a Jewish household, especially when it comes to food.

Kosher food everyone knows is no pork and shellfish, obviously. But Kosher also means there is no cross contamination of dairy and meat. So if a meal is going to contain meat, say Spaghetti Bolognaise, then there will be no parmesan or cheese added to it. Back in 2007 we went to a Jewish party which was a cheese party. So there was no meat in sight, however there was cheese pastas, cheesecake, etc. If a meal consists of meat, this of course makes dessert very difficult, as the intake of dairy usually cannot occur until 6-8 hours later.

Strict kosher also prevents the cross contamination of cutlery and plates. Some Jewish households have a pots and pans set for cooking meat and one for cooking cheese. Two different plate sets and cutlery sets. Different ovens and even different dishwashers. Or they can just use paper plates so they don’t have to keep track of it. The house we stayed in had 3 different ovens in the glorious kitchen alone!

Our hosts were so generous to us during our stay, despite not celebrating Christmas they were very open to my kids celebrating it. Carol had purchased several presents for the kids and they were wrapped under a bunch of flowers on a pedestal. My parents had sent us beautiful Christmas stockings as a present and Carol & Serge allowed us to place them on the fireplace and we loved filling them up for the kids on Christmas Eve. 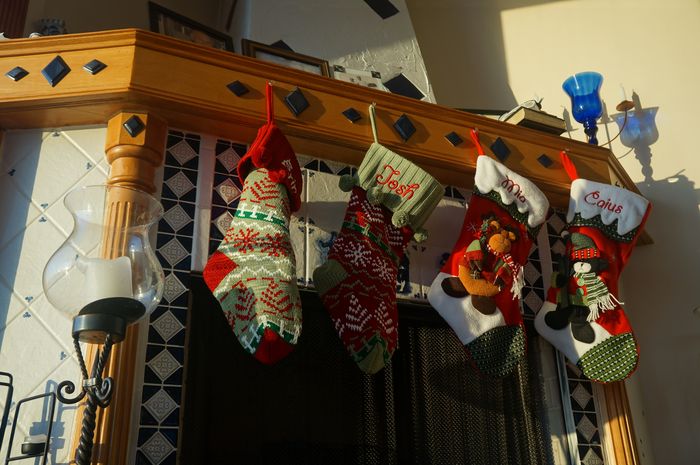 During a shopping trip to the mall, Josh & I had decided to buy a double stroller. As much as we love our Quicksmart (6kg stroller that folds to the size of a briefcase, great to carry on to the plane), here in the US all the walking was causing some challenges. Josh was constantly carrying one child to avoid them getting lost or just because they were tired. My pram in Australia cost me $600. It was a nice pram, but nothing too crazy special. A double pram in Australia would be unbelievable cost.

It was during our visit to one of the many theme parks that we saw a stroller that allowed two kids. One in the front and one in the back. The one in the back could stand on a little platform or sit on a little seat and we knew both Mia and Caius would love that.

$129 was all it took to relieve Josh of his carrying responsibility. Not only was it a great buy, it was also tall enough to be pushed by my very tall husband and not just me! At checkout Carol asked to purchase it as our Christmas present. 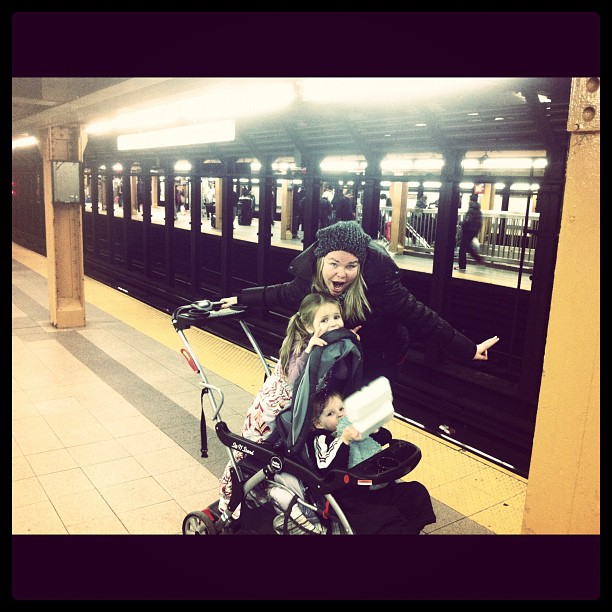 Can you imagine more wonderful hosts? Not only were they generous to the max, they were also completely trusting of us. During our second week stay they vacationed in Florida, leaving us their house and keys to their cars.

We enjoyed staying with the so much it was hard to decide on when to leave. It wasn’t until they returned from their vacation that we decided to stop imposing on their hospitality and return to our travels.

Serge, Carol, Jordan & Lily you are some of the most generous people I have ever met in my life. We are so grateful to call them family, however distant the connection. We thank them for blessing our lives and giving our children a real New York Christmas despite our differing viewpoints. We are eternally grateful. 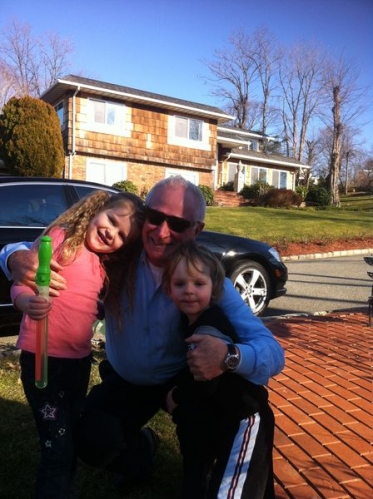 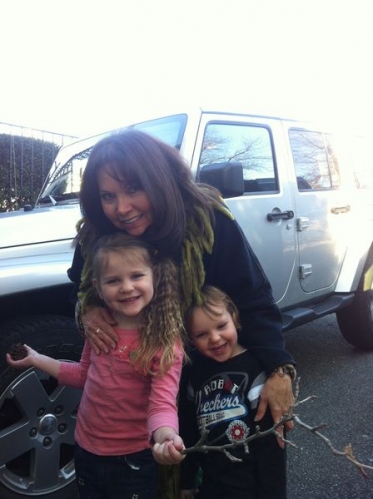 "I respond to every comment by private email. So please leave me comments, I love chatting to you" - Josh Bender
Posted by Karin on Jan 28th, 2013
Lovely decorating of the biscuits Mia and thank you Carol for looking after them
Posted by Rhiannon on Feb 1st, 2013
Beautiful! What lovely family they are!!