Pittsfield: The Perfect End To Our US Trip

Moscow: The Not So Great Middle

Home » Destinations » Northeast, USA » Pittsfield: The Perfect End To Our US Trip | Moscow: The Not So Great Middle | Israel: Family Welcome
Share with friends Tweet Pin

The drive to Pittsfield went fairly fast and it wasn’t long before we were driving through a green ménage towards the most beautiful wood cabin on Lake Onota. 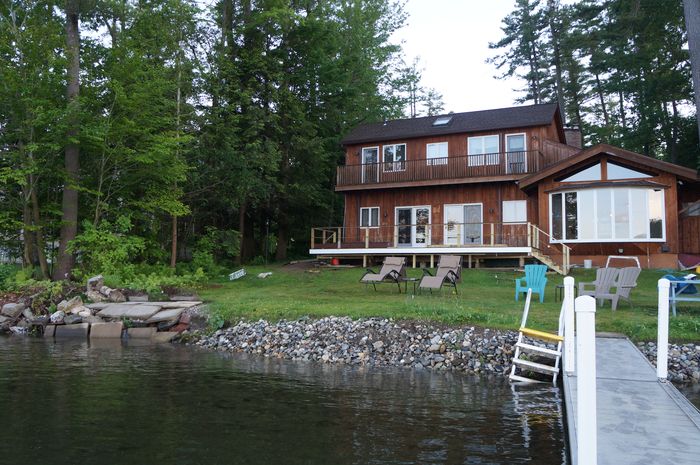 We were blessed to have relatives who recently brought and renovated this property and invited us to stay for a little while. It seemed the perfect end to our US trip. The evenings were cool, perfect for sitting in front of the fireplace with its cozy atmosphere. 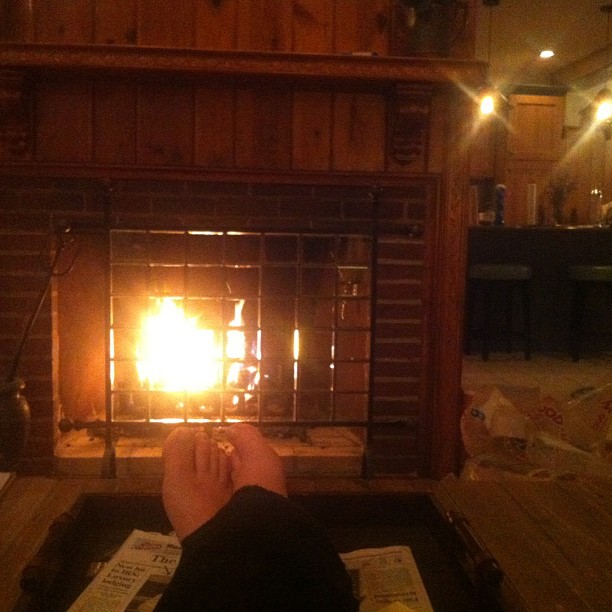 And the days were just warm enough for paddling around the lake in a pedal boat and a quick, freezing dip in the picture-perfect lake. 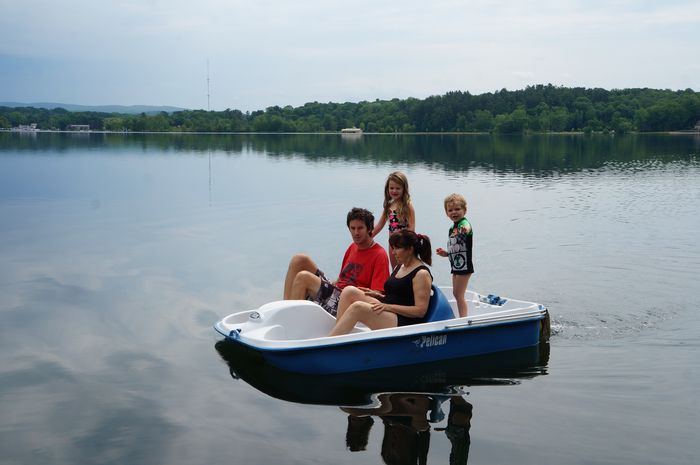 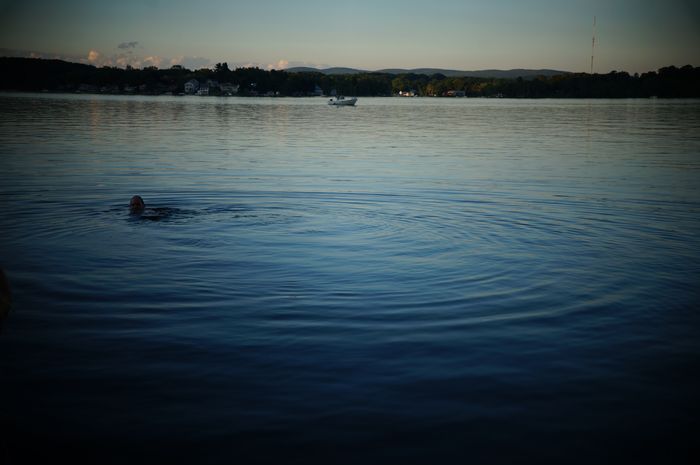 We spent the days working, lazing, blowing bubbles and spending time with family. 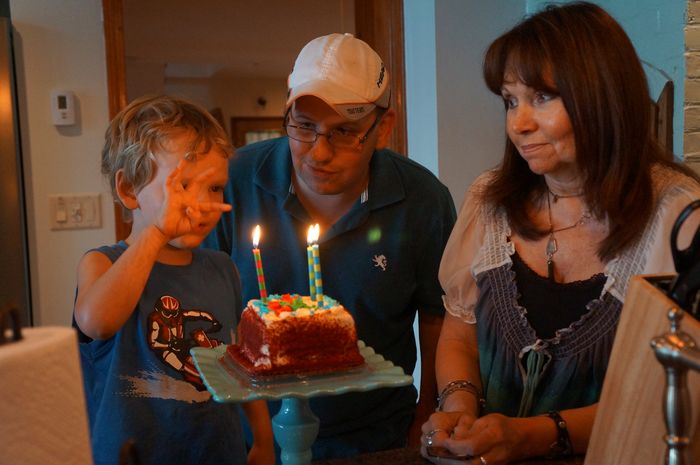 All too soon our 3 nights were over and we were driving our carrentals.co.uk car back to New York city. 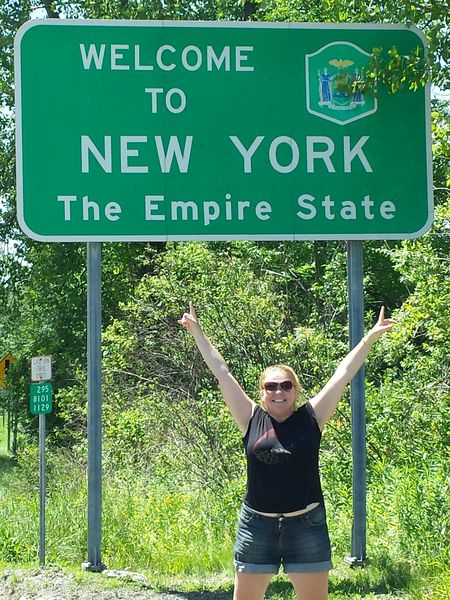 The drive to New York flew by with only one stop in a small town to drop off our 6-month-old Mexican stroller and some spare clothes in a charity clothing bin.

We spent only one night in New York having dinner with Josh’s relatives. That evening we spent sorting and throwing away clothes and discovering long-forgotten clothes as the two bags we had left behind 6 months ago in January were reunited with us. Why did we ever travel with so much? It seemed the last 6 months with one bag had been fairly easy.

We decided to take the majority of the items with us as we knew Josh’s parents worked with people in need in Israel and thought it would do more good over there.

So off to the airport we went the next day with our 3 checked baggage, 3 carry on, 3 backpacks and 2 prams (one packed in the suitcase!). 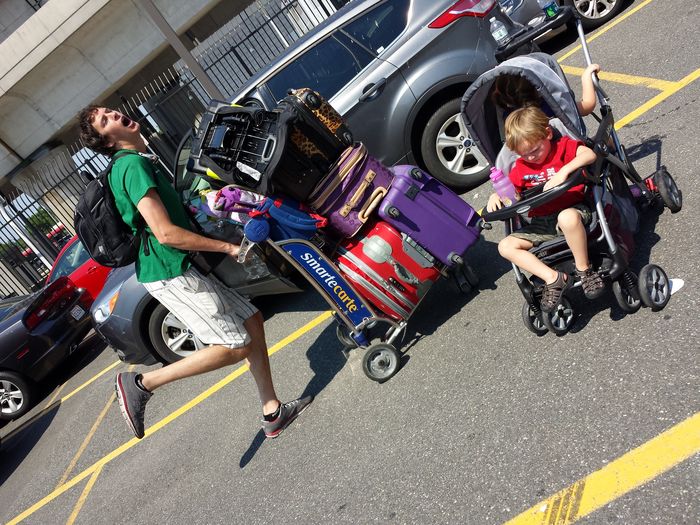 Dropping the car off at Dollar was a lot easier then picking it up. Getting all our bags to the ticket counter a bit more challenging and we had to fork out US$5 for a trolley. This made the short airport train ride much easier. 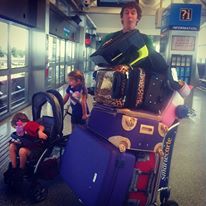 Our tickets were roughly $2200 for the 4 of us to fly to Israel with Transaero, a Russian airline. The first flight was 8 hours from New York to Moscow and the second flight was 3 hours Moscow to Tel Aviv.

The flight to Moscow was not too bad. Instead of feeding you based on the timezone you are coming from (New York in this case) they fed you the time you were going to (Moscow), so we had dinner at lunch time and breakfast at dinner time. I felt like there was so much food. Well, until the kids meals.

When bringing out the dinner there was a choice of chicken or fish and, of course, by the time they reached us all the chicken was gone. I refused a fish meal and the air stewardess came back later with a kids meal of nuggets and chips for me, very sweet, but absolutely awful. She let me know that when the kids awoke she would bring their dinners.

Of course when the kids awoke I had to ring my bell three times and, after no response, finally headed to the staff cabin to request the meals in person. And they had none. Luckily for the kids, they brought them a Business Class meal, plate, cutlery and all! 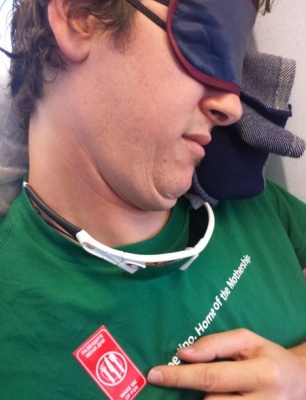 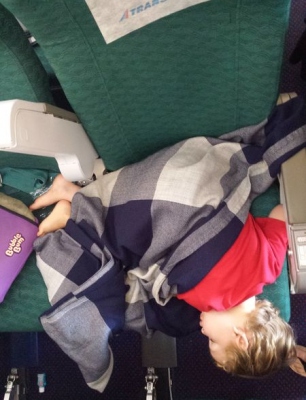 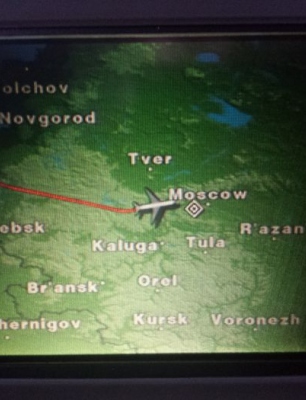 Towards the end of the flight the toilet ran out of toilet paper. I shrugged since we were so close to our destination, surely it must have been a minor misjudgment.

Our transit in Moscow was hard work. We had to pass through passport control and all sorts of checks. I’ve never had to do that in any sort of transit before. Finally we were in the terminal we needed and, wouldn’t you know, there was no power points anywhere. Finally we unhooked a massage chair and plugged all our dead devices in. (Wonder how Snowden is doing?)

3 hours went super slow when our bodies said it’s midnight going on 3am, but Moscow says it is 7am. We couldn’t sleep and we couldn’t stay awake – it felt a bit torturous. Finally we boarded our last plane, unbeknown to me how it could get any worse.

A 3-hour plane ride running out of toilet paper is unacceptable. I mean, how is that possible? On top of that there were 2 toilets at the front and 2 at the back. The 2 at the back had a constant line, longer than the distance I could throw a tasteless tray of food, and was nothing short of annoying. Not to mention tough when our young kids have to go.

When I made my way to the front two toilets I was told they were for the 8 first class passengers (of which 2 seats were vacant). I proceeded to have an argument with the stewardess as she pointed me to go to the back toilets where the other 150 passengers had to share. I maintained that first class passengers pay for wider seats, extra legroom and better meals, not exclusive toilets. I left very dissatisfied and to be honest quite livid about the crap airline we had chosen. I would not fly them ever again.

Finally we landed in Israel with no sleep and extremely cranky. Israel was easier to get into then our transit in Moscow and soon we were through the doors and Mia was running to the open arms of her Nan & Pop, Josh’s parents. 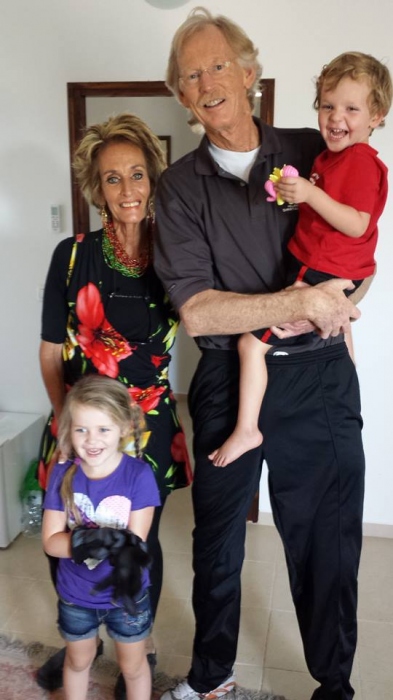 We hadn’t seen Josh’s parents for over 2 years and children grow so much in that time. They had hired a mini van for all of us and drove us safely to our new house.

After a quick dinner we finally reached a sweet surrender to dreamland for everyone before the clock in Israel even ticked over 7:30pm. There was a brief hour where everyone was awake about 1am, but we all managed to get back to sleep right through till 11am the next day. Way to cure the jetlag!

Keen to read about our Israeli Adventures?

"I respond to every comment by private email. So please leave me comments, I love chatting to you" - Josh Bender
Posted by Bethaney - Flashpacker Family on Jul 11th, 2013
No toilet paper??? That is ridiculous!!!! Remind me not to fly Transaero!
Posted by Andy on Jul 11th, 2013
Hello!!! $500 per person... Did you expect caviar and champagne? JFK-LAX flight in economy with a domestic carrier can be as much as $400 OW. And no food what so ever, 7 hr flight.

Ah no chicken ... No choice... No one has ever promised you to have a choice in first place in economy darling.

I do hate when people don't realise that they get what they have paid for.
Posted by admin on Jul 12th, 2013
Thanks for writing Andy, I'm pretty sure I dislike both caviar and champagne so was okay they weren't serving that. And if you read it right I never complained about the food, merely refused the fish and were stoked when they brought out the first class meal. I did, however pay for toilet paper Im pretty sure and the right to a toilet. Having flown over 30 flights last year we are pretty good at being understanding with cheap airlines, but I draw the line when it comes to the use of sanitary facilities.
P.S. Who are you flying with in the States? In the last 6 months we flew LV - JFK & SFO - BOS and it never cost as much as you suggested and we were fed…
Posted by Andy on Jul 12th, 2013
Try united or delta. They do charg you around 400 OW.
You dislike caviar and champagne because you have never had any in first place. If you can pay for the TP, you d better carry a spare roll with you if you cannot use other paper towels instead.
Posted by Karin on Jul 13th, 2013
Hmm lacking customer service on that plane. How well you look after the toilet is how well you like people lol
Posted by Rhiannon on Jul 13th, 2013
Love it when strangers call you darling and can't read properly...^^^

Anyway sounds terrible!! I would never expect such poor service from an airline!! Especially when your travelling with children! Glad you made it without cracking someone's heads together! Haha