“Mummy, I want a facial and a manicure.”

Out of all the things she could be or wanted to be, my daughter was most excited about getting her nails painted neon pink. Something tells me she will NEVER forget our time in Bali and the many times her and I got our nails done. Mummy/daughter bonding moments set as a stamp on her tiny heart. 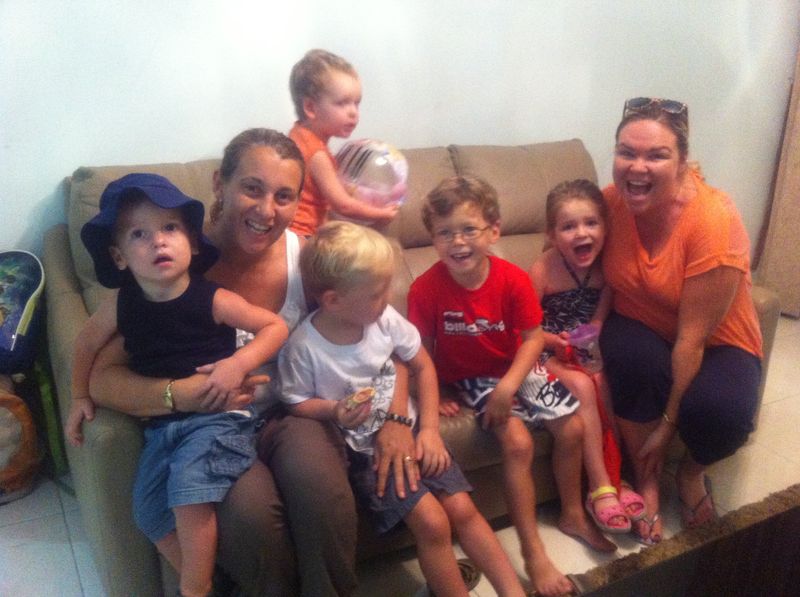 If you have kids, KidZania is a must. KidZania currently operates in 10 locations around the world. The Kuala Lumpur one opened in June 2012 and is located at The Curve shopping centre. Once inside children “work” in adult jobs and earn currency. It is a child-sized replica of a real city, including buildings, shops and theaters, as well as vehicles and pedestrians moving along its streets. It is a little world for little people.

Our friends Lemonade from Lemons had arrived safely in KL and we decided that since she was flying solo (hubby arriving later that week) that a confined area for her 3 boys and my 2 kids would be the best way to spend the day.

Cindy arrived on our doorstep at 8:30am, it took me awhile to get my brood ready (I am not sure how she does it, the supermum) and then we took a ten-minute walk to The Curve to get our tickets and enter this “theme park”. 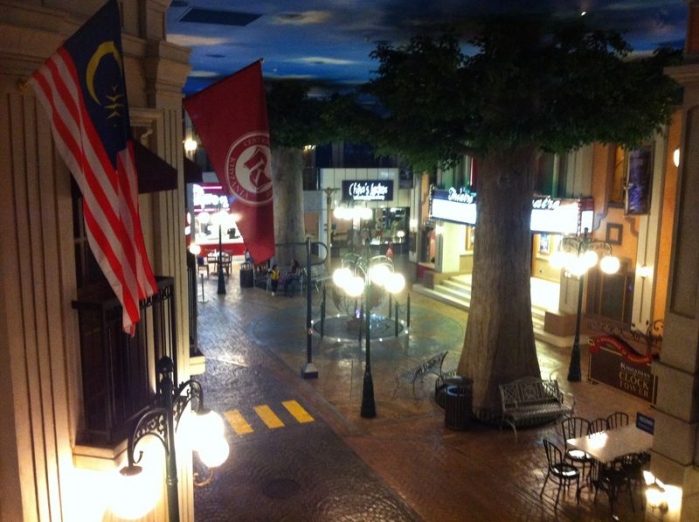 I actually had no idea what to expect really and the entry is confusing and long. It is meant to replicate an airport terminal with check-ins and passports. Maybe it’s just me because we fly a lot, but I was like just let us in already!

Finally we entered a small door into a whole new world. The ceiling was painted into the colour of the sky, blue with white puffy clouds. The buildings were small and even the ceilings. There was a main street and so many little buildings around the place; I just found it hard to all take in. One of the first things the kids did was be part of the street parade, which was great because we wandered around the whole place and got our bearings a little better.

A kind lady told us upstairs we could find things for the little ones to do so that is where we headed first. We entered a teacher’s classroom with loads of toys and drawing items for the kids to do. The other place was a kid’s house. The bathroom was a ball pit, the bed a jumping castle, the kitchen all Ikea food, plastic plates and ovens. Caius loved that little house and was happy to stay for hours. The adults took turns monitoring the two youngest ones here, while the other 2 adults took the older kids around. First shift hubby offered so Cindy and I took her 2 boys (3 & 4) and my daughter (3) off to see what else there was to do.

What else to do? There is so much to do! We didn’t even do half of it, I am sure. There are many places sponsored by different companies like making burgers & water bottles, making Oreo biscuits and coming soon a dairy milk & mini melts stand. A few places stand empty ready for the next company to come and rent, to be honest I am surprised Petrosains is not here, yet!

Most of the activities are for 4+ but Mia had no troubles fitting into the classes. A few are 8+ like the Oreo making, but they wouldn’t let me in despite my argument I was over 8! If you have older kids the place is perfect as upstairs is a parents lounge. It’s kinda like an airport business lounge. It has free wifi and computers for use, food, drink for sale and no kids allowed. It has a large window over the little kid city and will be perfect for those 8+ kids to roam freely why you sit in aircon comfort. 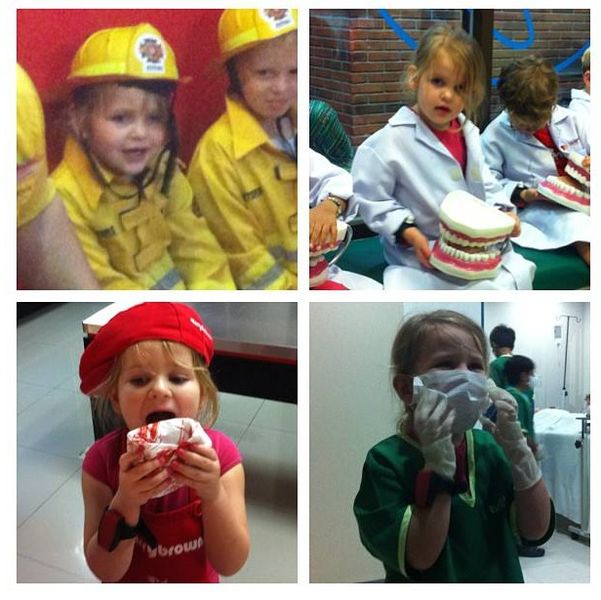 Anyhow what did the kids do? First stop was to become a chef. The adults are not allowed in any of the rooms, while the kids do their jobs, but you can watch everything from outisde windows. This is all about them. They dressed in the cutest clothes & sat down to make sardine sandwiches. For this activity they actually had to pay some of their currency, they got a heart sandwich cutter & the sandwich as a reward. Other food ones they enjoyed were making sushi and making hamburgers, they also bottled water. We didn’t actually need to buy them lunch, which is good as the options are not that crash hot, mostly fried food, but I did managed to find a cup of corn for Caius and myself.

Each building has a little sign, which establishes how much the children will get paid or how much they need to pay. How long the activity goes for and the age. The whole establishment is set out very well. Josh & I were quite amused to see which jobs paid more for the children and found the dentist to be quite high paying, as well as the fire fighter, doctors were not. 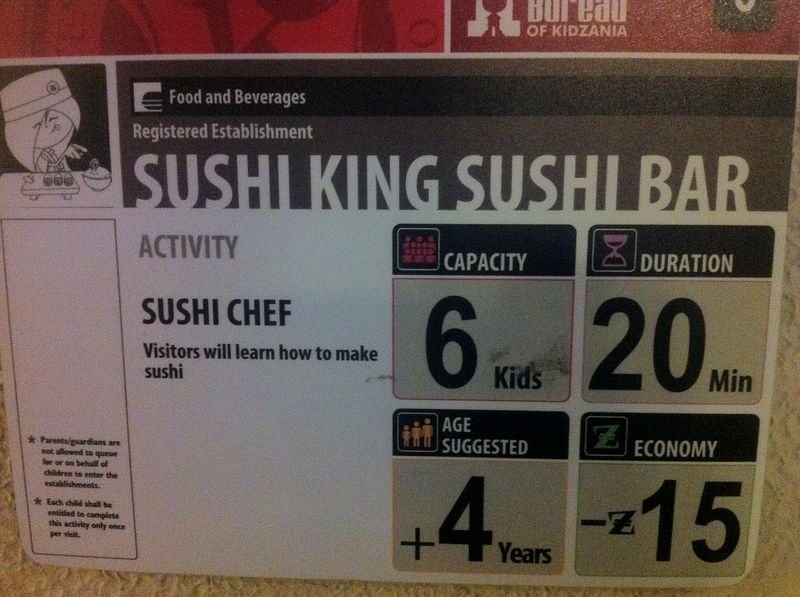 The kid’s also dressed up as firefighters and jumped in a fire truck around the city to put out a fire in one of the buildings. Mia and Caius were both very scared of the loud noises, but loved the fire truck journey.

Let’s see... They put fuel in little cars, they became dentists and checked someone’s teeth, and they were doctors in an operating theatre and a pilot on a plane.

Thing’s we didn’t get around to doing is being in a magic show or fashion parade, driving an ambulance or joining the police force. Being a CIA agent, making jewelry, painting a masterpiece, starring on Television or taking care of babies as a midwife. They never sold a car, become a checkout chick; fixed the streetlights or the air-conditioning ducts. Nor did we get around to being a paramedic, hairdresser & more!

Honestly there is so much to do. We were there the entire day and did not finish half of it.

On entry each child received 50 KidZania dollars to cash at the bank. Caius loved that. At the end of the day the children had earned and spent currency around the place, but still had plenty of money left to go to the little toy store and spend come money on crazy toys. Mia spent her hard earned dollars on 4 stretchy robots, where as Caius for a flashing love heart led light.

We went on a weekday for the morning shift. One weekend we stopped to see about tickets and they had over 1300 children in there. As you can imagine the lines to do things would have been horrendous, especially for a 3 year old. The day we went they had 300 children in there. The only wait time we had was for the fire fighter, which had a 40-minute wait. The kids did so well sitting there with their popcorn and enjoying each other’s company. 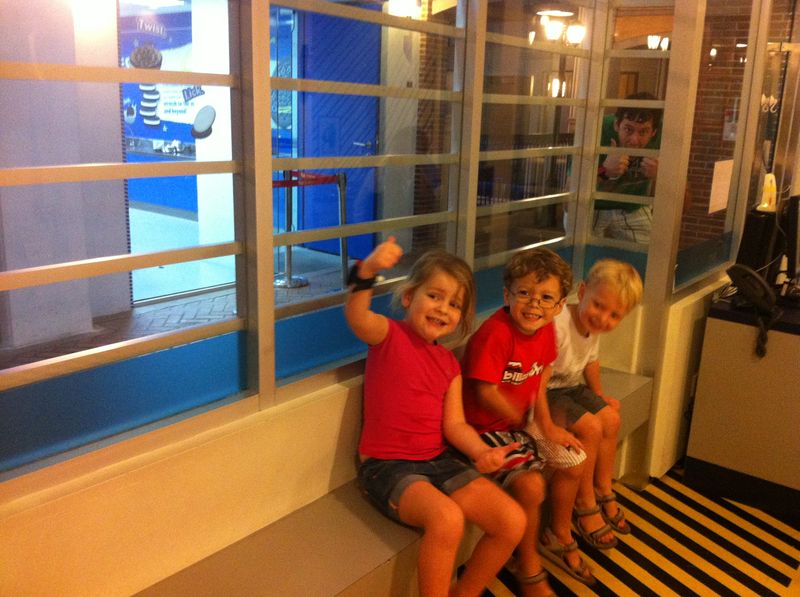 Would have to recommend this place to any parent & the kid's give it a thumbs up too. The kid’s had an absolute ball just being children in an adult world. They learn too, I mean I even learnt things. They learn real world things, not division and multiplication, but real jobs and how to earn money and spend money. And other then the crazy KidZania song which comes on consistently and the lack of good nutritious food in the place I found it an excellent spend and am keen to take the kids back.

It’s important to remember there is no re-entry, so bring snacks and water in. Kids will probably be fine after making the different foods, but you will get hungry. Kids 3 and up will be able to do most things, but the little house for infant’s is just grand too.

What a day. What an experience. What a life.

"I respond to every comment by private email. So please leave me comments, I love chatting to you" - Josh Bender
Posted by Sharelle on Jul 15th, 2012
Love your blog !! Fan sharelle xxx
Posted by Erin on Jul 16th, 2012
Thanks Sharelle, we are a HUGE fan of you! Thanks for reading... miss you! Let's travel together again soon.
Posted by karin holmes on Jul 16th, 2012
so love reading your adventures the kids are adorable xx
Posted by Lisa wood @new life on the road on Jul 16th, 2012
Gosh that place sounds amazing! Wish there was one in Australia - can you get yearly passes? If so my kids would surely want to go over and over and over !!
Love that there is something for every age group and heaps to do.
Posted by wiz on Aug 1st, 2012
Thanks for sharing your stories. Enjoy reading them. Enjoy the rest of your stay here in Malaysia.
Posted by Erin on Aug 1st, 2012
Great idea Lisa, but I don't think there is any yearly passes yet.
Hi Wiz, thanks for the comment. We have left Malaysia now, but we did love it, we will be back!
Posted by Jess with2kidsintow on Jun 24th, 2013
Kidzania sounds cool! we just read that they've just opened one up in Bangkok (Siam Paragon)--so we're going to check it out while we are there soon. Thanks for the review!
Posted by Sheralyn on Dec 14th, 2013
Bookmarked! We are SO going to do this next year in KL! :)