The Long Haul Flight From Bangkok To Los Angeles

For days, or months really, I had been dreading the flight to the US. It’s a long flight and the longest flight we had taken with the kids this far was our journey from Perth to Bali of 3.5 hours.

Having previously done the flight I knew I was in for a flight with no sleep and babies on top of that. In Chiang Mai I decided to try and change my attitude. It was going to be great, it was going to be fine.

We left Chiang Mai in the morning and headed to Bangkok. At Bangkok we collected our bags from the storage place and hung around until the desks opened. There they told us that we couldn’t check our luggage straight through, pain in the bottom. But they gave us great seats (first row, massive leg room) and we were on our way. 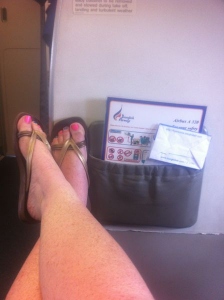 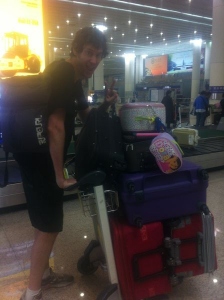 When choosing to fly to Los Angeles we had looked at many alternatives. Flying straight through, stopping in Tokyo, stopping in Guangzhou, stopping in Shanghai. We eventually found a flight with China Eastern Airlines for $2,300 for all 4 of us to LA via Shanghai. We would reach China by 10pm (5 hour flight), stay over night until our flight the next day at 1pm (10 hour flight). With kids this sounded very appealing, because we could get in a good night’s sleep before the long haul flight the next day.

The flight to China went fairly smoothly, however it took a long time to get to the hotel I had booked merely minutes away on arrival. First we wondered around looking for storage facilities for a while. Finally we found a spot to leave all of our bags for the night. Then the hotel shuttle was not there waiting, as indicated on booking. I rang them, but they didn’t speak English. They told me to go upstairs, but we found nothing there. Last thing you want to do at 10pm at night with tired kids, maddening.

As we were walking around there were plenty of men trying to solicit us for their hotel with shuttle. If you are ever stopping through don’t book anything just go downstairs and grab one of those!

Sick of waiting we grabbed a cab who again could speak no English and visited 3 other hotels before finally getting it right after showing the last one the address we had given him in the first place. He tried asking for more money then agreed and we declined saying it was his fault for getting the address wrong. By then we had had enough of Shanghai, China.

The staff at the Shanghai Southern Airlines Pearl Hotel could not speak English either so check-in was quite bumpy. We finally headed to our separate rooms for the night since they were cheap and only came with 2 double (looked like a single) bed. Mia and I shared a room that stuck like cigarette smoke and the aircon did not work. I managed a decent amount of sleep despite that. 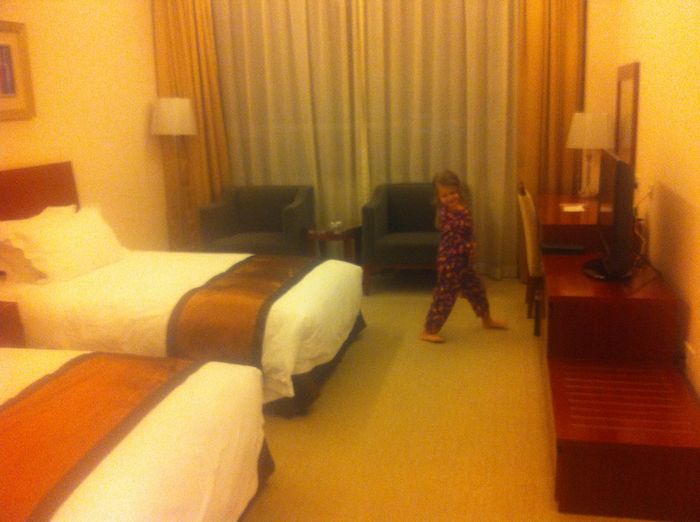 Breakfast was included the next morning and despite an overwhelming selection of Chinese food, they also had eggs and toast.

At 10:03am we arrived at reception for our 10am shuttle bus. In broken English they explained they tried to call us and it had left already. Shanghai was proving more than vexing. We ordered a cab and rode to the airport for 3 times less than what we rode to the hotel. We had no problems saying goodbye to China.

Finally we grabbed our luggage, checked into our final flight and hopped on board. The long flight went fast and it went pleasantly. We were given 4 seats, however the seat in front of us had one lady in 4 so we moved Mia there. We kept no time schedule and the kids just slept when needed and were awake watching movies and playing cards at other times.

I managed time to watch several episodes of some of my favourite TV shows between writing blog posts and helping the kids with food, drink, bathroom. Mia wondered off sporadically and always came back with goodies from the kitchen that was never served. So helpful having little ones! I loved the powerpoints on the back of the seat in front of us, kept my laptop going the whole 10+ hours. 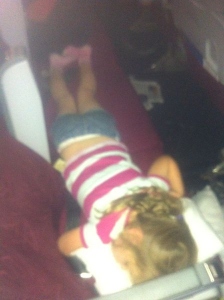 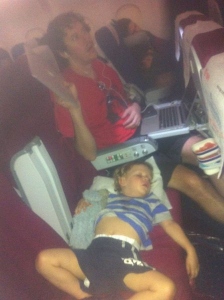 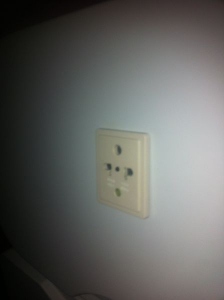 I didn’t manage much sleep at all and knew I would regret that when we got to LA, but honestly the flight went so well I had little to complain about. I was surprised and delighted about the ease. Little did I know it was the jet lag that was going to be the battle.

We fly into LA at 9am. Remember you need a ESTA when you arrive. We had some problems with this so make sure you look into this before you arrive. If you are based in some parts of Europe, there is some good options on the visum usa-ESTA website.

It takes awhile to organize bags, change money, call the Owner of our next Airbnb.

Our first mistake is staying in the first day. We all slept for over 3 hours and struggled to wake up. Granted that night Caius woke at 2am, Mia at 3am and we were all wide-awake by 4am. The second day seemed even longer as we struggled to stay awake and failed again.

It took just over 4 days for our sleep to go back to normal and nearly a week before my appetite caught up so I wasn’t starving at midnight. Battle finally conquered.

"I respond to every comment by private email. So please leave me comments, I love chatting to you" - Josh Bender
Posted by Bethaney - Flashpacker Family on Dec 16th, 2012
Apart from the hiccups in China it sounds like it went pretty smoothly. Didn't take too long to sort your jetlag out either!
Posted by karin Holmes on Dec 19th, 2012
China not so friendly.
Posted by Suzanne Fluhr (Boomeresque) on Mar 30th, 2014
I shared this on Google+ because we recently did one of these, but it was only 40 hours and we're empty nesters so no little ones to worry about -- but, we did it without leaving airplanes and airports -- i.e. no hotel sleepover. If you allow outside links, you can read about our marathon here: http://www.boomeresque.com/the-longest-day-philadelphia-pennsylvania-usa-to-chang-mai-thailand/