In 2007 Josh and I had watched the Shamu show twice, so impressed with the killer whales and their trainers interaction, movements like dancers in a choreographed show. In 2012 SeaWorld sunk my battleship, they lost my love and destroyed the magnetism I had to SeaWorld San Diego.

Tickets are usually $78 per adult and $70 for children 3 – 9. Of course our tickets were included in our City Pass, which we were very excited about. Double stroller set us back $17. With all times we have hired strollers; we could have paid off a double pram by now!

Back in 2007 SeaWorld was one of our favourite parks and Shamu stole our hearts. This time the weather was colder so we were less inclined to get wet on the rides and at the shows, but we still had just as much fun (okay so there was a little water...) 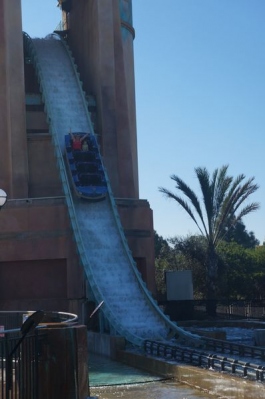 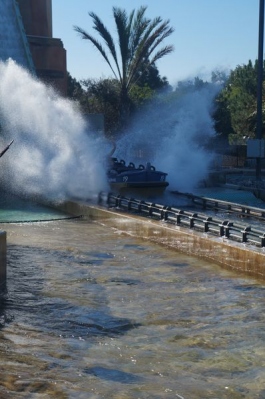 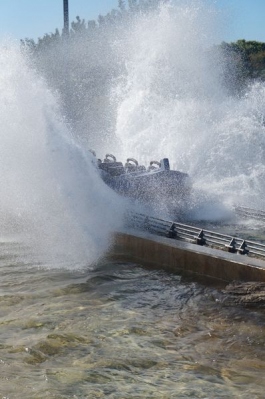 Mia and I went 3 times on the Atlantis ride, which has several drops followed by a big splash. I also enjoyed myself on the new Manta roller coaster. It starts off in a dark room with screens portraying you are under water. Then it shoots you out into a crazy coaster ride. It was fabulous. I wasn’t able to record a video this time, however, SeaWorld has it as a rule on every ride at the Park. Not sure why, guess they don’t want to be sued for wet, damaged phones or something.

Anyway I am not sure if it’s new or not, but we spent most of our time on the Sesame Street part of the park. The kids loved the playground, the jumping pillows, the mini rides and hugging Elmo. Perhaps it is new or perhaps we just never had cause to even look at it on our last visit without kids. 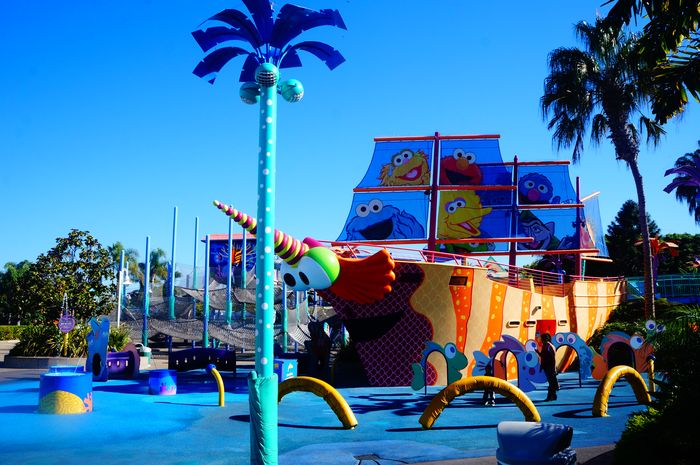 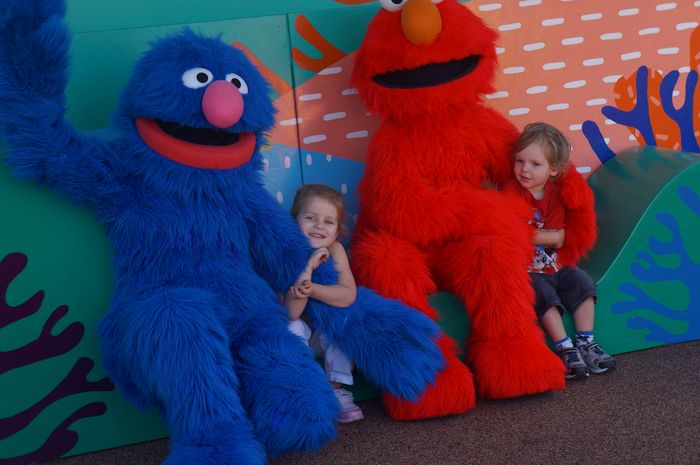 There was also a seasonal snow zone with fake snow, toboggan rides and snow fights. I made quite the Australian impression walking around in my thongs. Mia loved it and we could barely pull her away as she rode down the hill numerous times and giggled herself silly throwing snowballs at her brother and father.

It seemed there were so many shows to see and the whole afternoon was spent watching one show after the other. Noticeably the pet show was very funny and the Dolphin show was also a stand out. 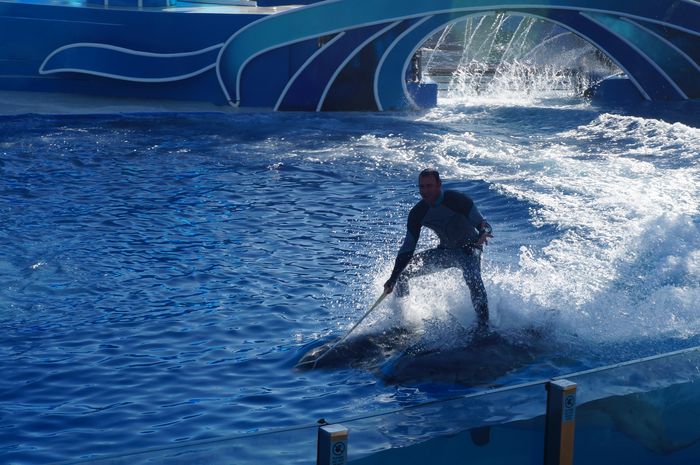 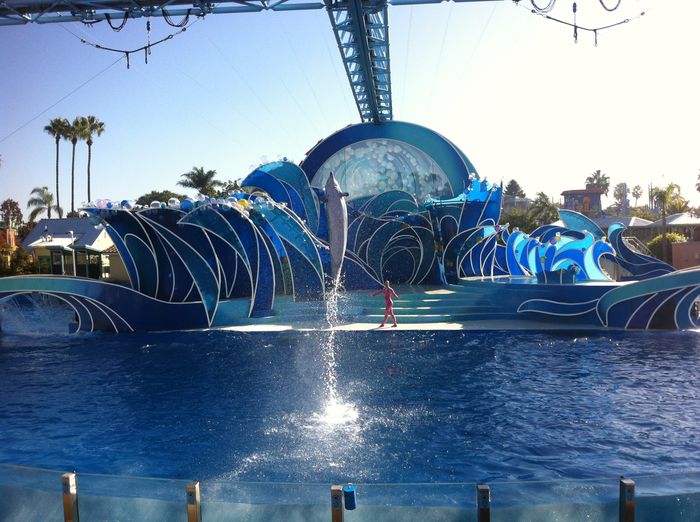 Having experienced the lack of nutrition and heavy expense to our wallet at the Safari Park I had prepared the evening before a feast for our visit to Seaworld. We brought along some pasta, sandwiches and lots of snacks. Mum of the hour and a delicious alternative to hot dogs & pretzels. 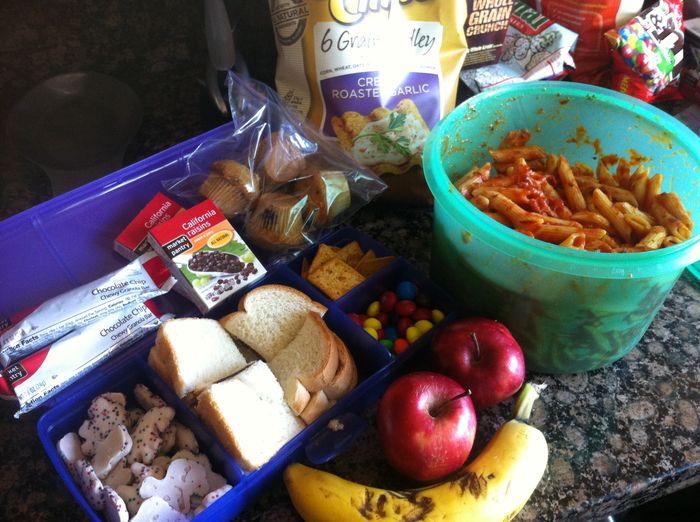 The whole day had been entertaining, but our expectancy was building for the Shamu show later in the afternoon. In 2007 Josh and I had watched the show twice impressed with the killer whales and their trainers interaction, movements like dancers in a choreographed show. In 2012 SeaWorld sunk my battleship, they lost my love and destroyed the magnetism I had to SeaWorld San Diego.

If you are unaware in 2010 a killer whale at the Orlando SeaWorld attacked and killed one of the staff members. Since then the whole show had an overhaul and the trainers are no longer touching the whales. There was a lack of comradeship and the intimacy of the trainer/whale dance has been lost to the waves of the past.

In 2007 Josh and I watched trainers get flung in the air on the tips of the whales noses, get pushed through the water, pet tongues and ride backs. In 2012 the whales performed alone. The show was shorter and the tricks less magical. There was more aerial action and spinning and fun, but it was much less about the whales and the connection they have with us as humans. 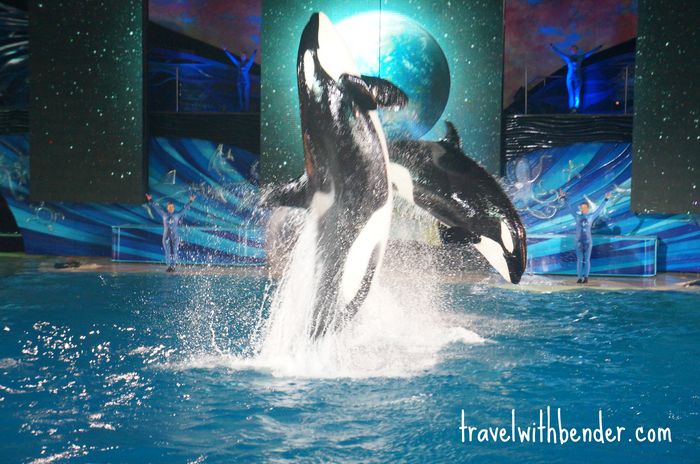 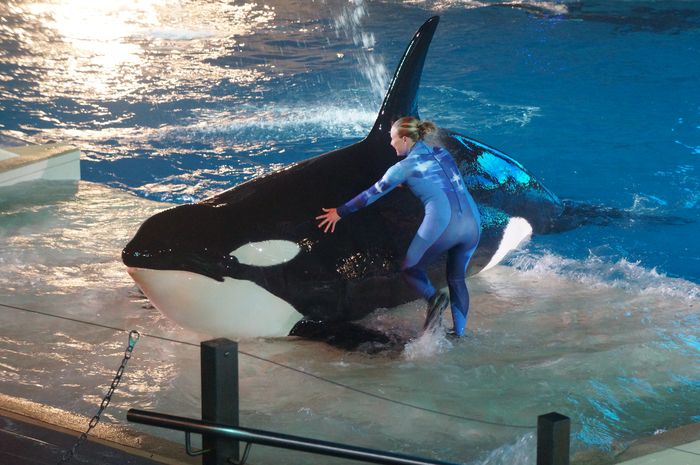 We left feeling rather let down and nostalgic for what had been. We didn’t know of the attack until after the show when I went to a staff member and said what was up with that show? How come the trainers didn’t touch the whales and she told us the story.

There is an ongoing internal battle to let the trainers back in the water. The trainers want to be there and they long to be swimming with their mammal relatives, but there is a lot of red tape to wade through and struggles with animal activists.

What do you think? Should they be allowed back in the water?

The sun had set and it was dark by the time the show finished. We watched the sparkling lights on the Christmas tree and then headed home. You could see the Christmas tree from our apartment balcony as well - it really was giant. See below on the far right side. 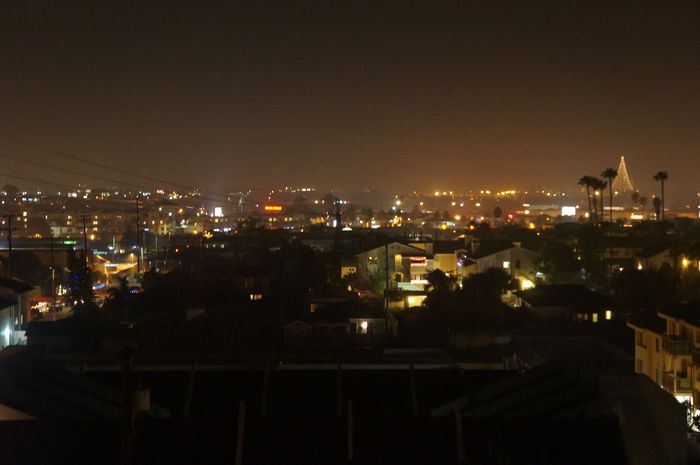 The Cheesecake Factory and their menu of biblical proportions salvaged our day. Simply too much to choose from, I was much happier with their “skinny menu” which was only 4 pages and full of healthy ideas.  Josh cheerfully ended his day with a very large, opulent chunk of cheesecake. Yum!

As always plenty more pictures not featured here in the Photo Journal.

"I respond to every comment by private email. So please leave me comments, I love chatting to you" - Josh Bender
Posted by Karin on Jan 25th, 2013
Very interesting