Sunday in San Diego was a fairly lazy day for us. We caught up on some work, naps, cooking, washing and leisure.

Late afternoon we followed some recommendations to La Jolla. It’s a beautiful beach with affluent, pretty houses along the Pacific Ocean well known for it’s masses of seals congregating like a church service or club. 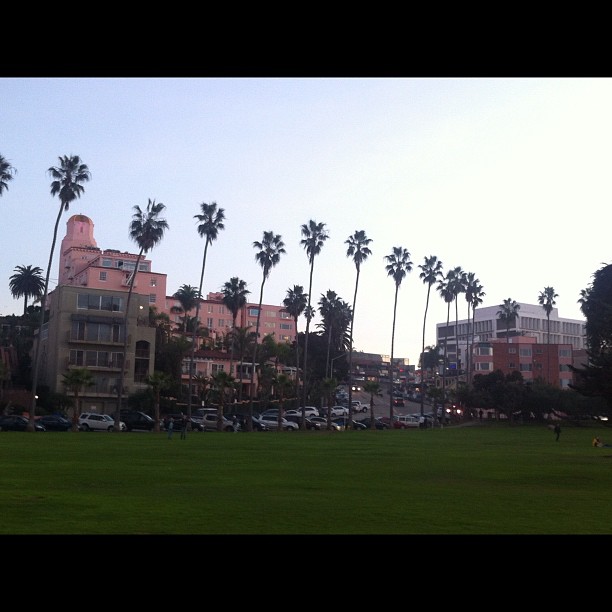 Once we parked and started walking we did not see any. We put it down to the time of day, etc. It was cold, but there were shirtless guys playing ball games, children playing tag and many people out. The kids enjoyed climbing trees, chasing birds and making off with other peoples balls. 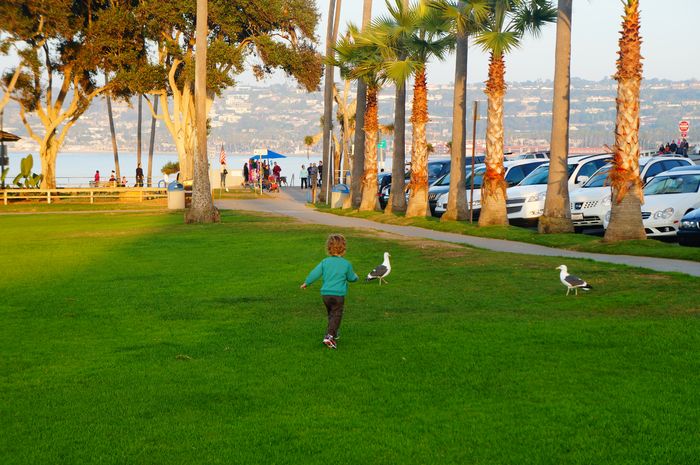 When they had expended most of their energy we took a leisurely stroll along the sidewalk of the ocean cliffs. As we walked further along in the setting sun we spotted some slippery looking rocks covered in dark objects. 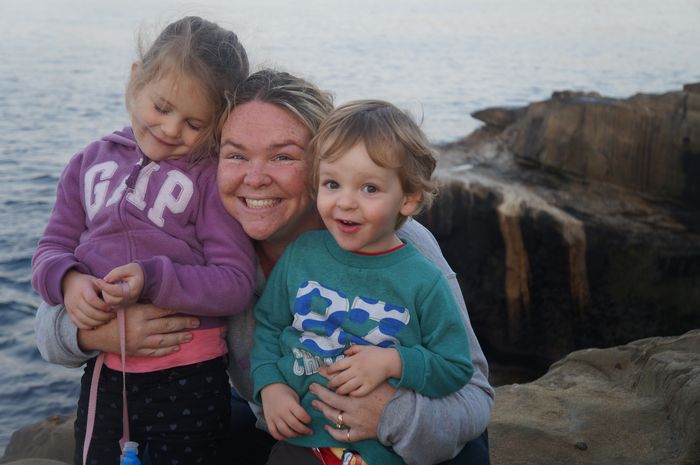 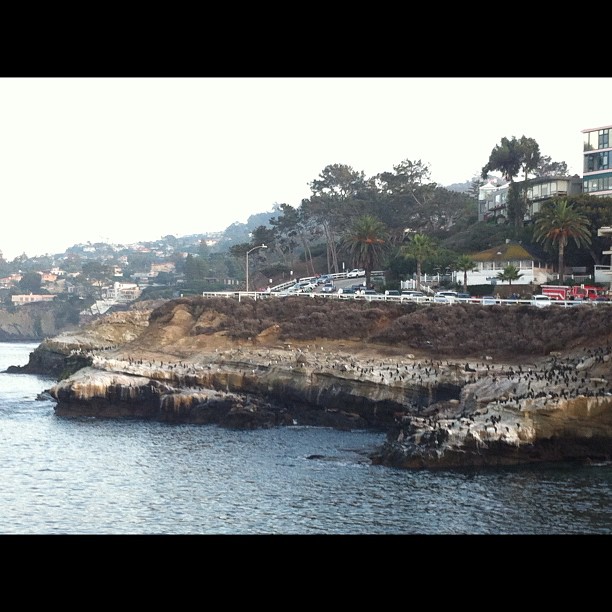 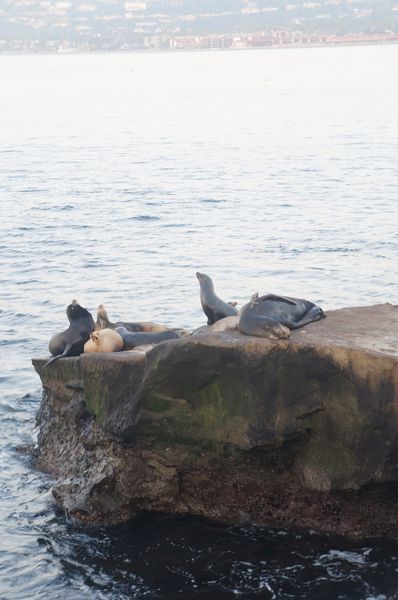 The two kids shot off and we followed quickly behind them as we spotted the famous creatures slithering over rocks, snuggling against each other and splashing around in the ocean. We clamber down to the rocks for a better view, but while I have no problems putting myself in danger I have a near heart ache on watching both kids and we climb back up to the safety of the railed pedestrian path.

We watch them for quite awhile enjoying their wild antics, never having seen these beautiful creatures in the wild. We've seen them in zoos and shows, but this was so different. And their language! Not music to the ears, but interesting and replicated many times over by my toddlers.

Finally we retreated back to our car while the sun created the most beautiful back drop over the ocean. It was like a jagged circle cut from a piece of paper or fabric by a clumsy child's hand. The pink was intoxicating and the promise of a new day only a wish away. 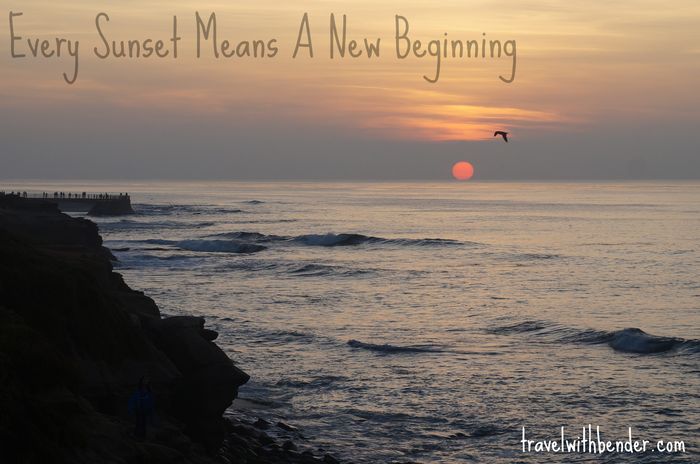 As we travelled down the road we decided to eat a meal at Tony Rama’s and when I mean a meal, I mean one meal. It seems most of the restaurants in the US include a basket of bread or some salted pickles and I am finding more and more often I am full before the meal comes. But Tony Rama’s topped it off with Josh and I sharing one main meal and the kids sharing one kids meal. They brought the meals out halved on the plates (how convenient) and they were still huge. My kids did not finish and Josh finished some of mine. 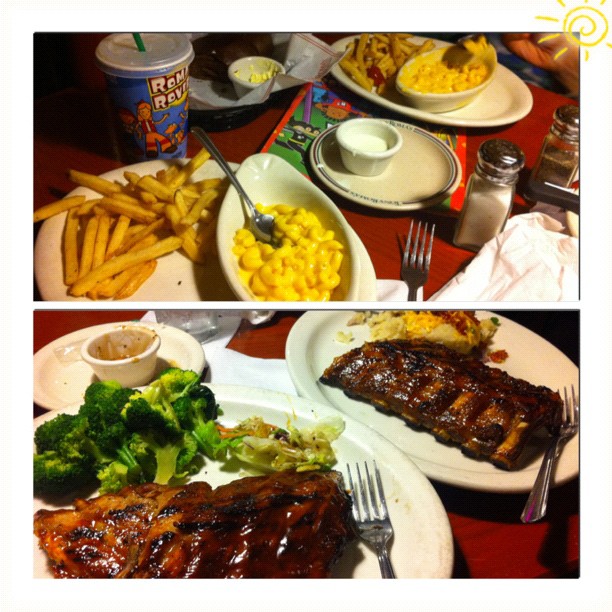 After dinner we had to walk off some of those calories so we decided on a visit to Belmont Park. This sweet little fare grounds is open year round. It was late, we were tired and it was chilly so we had a quick walk around before leaving the cold, empty amusement park for the comfort of our car and then the warmth of our beds. 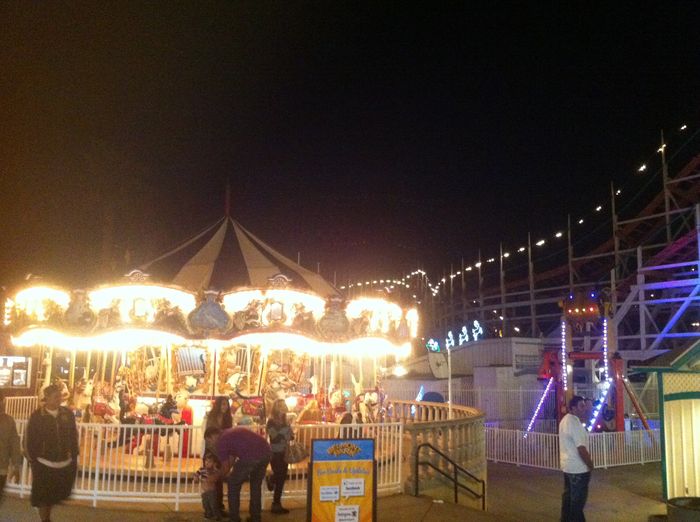