There are several ways to reach Victoria on Vancouver Island, Canada. For many of us the cheapest option is the first choice. But what is really more important - our time or money?

When Viator asked if we wanted to try their unique day trip to Victoria by Seaplane and Ferry from Vancouver, we were more than keen to give both the luxury and the not so luxurious a try. 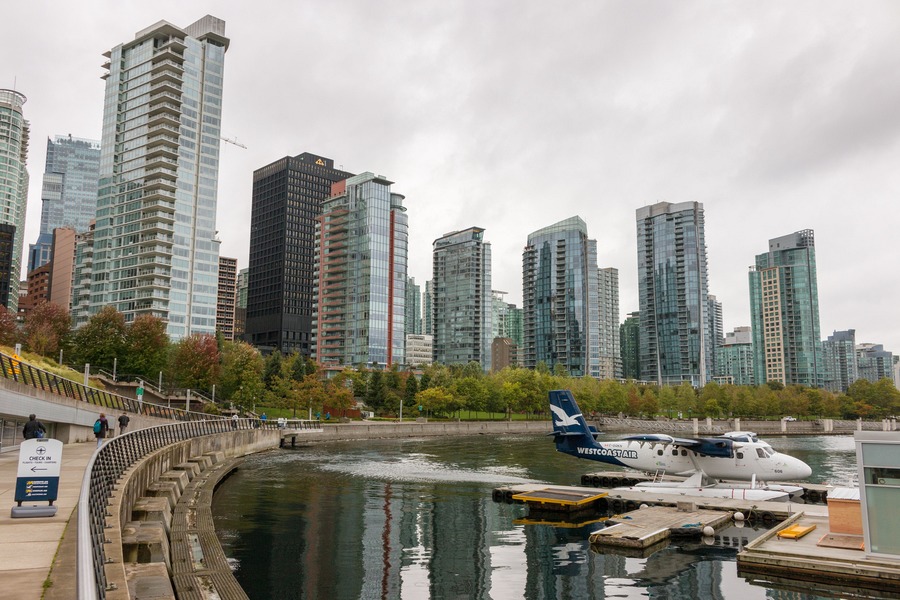 The Luxury Route From Vancouver To Victoria

If you are more time poor than "money poor", the 3 to 4 hours it takes for the coach and ferry to reach Victoria may be an unattractive option.

My first experience with a seaplane was when I scored a spontaneous flight back in Sri Lanka in 2014. But the kids and husband had never done it before, so excitement levels were high.

Finding the seaplane wharf in Vancouver was fairly easy. It’s located next to Canada Place, behind the Convention Centre, and you can find parking at several nearby lots or catch a train to the waterfront. Just be wary because parking will set you back about CAD$30 for the day. 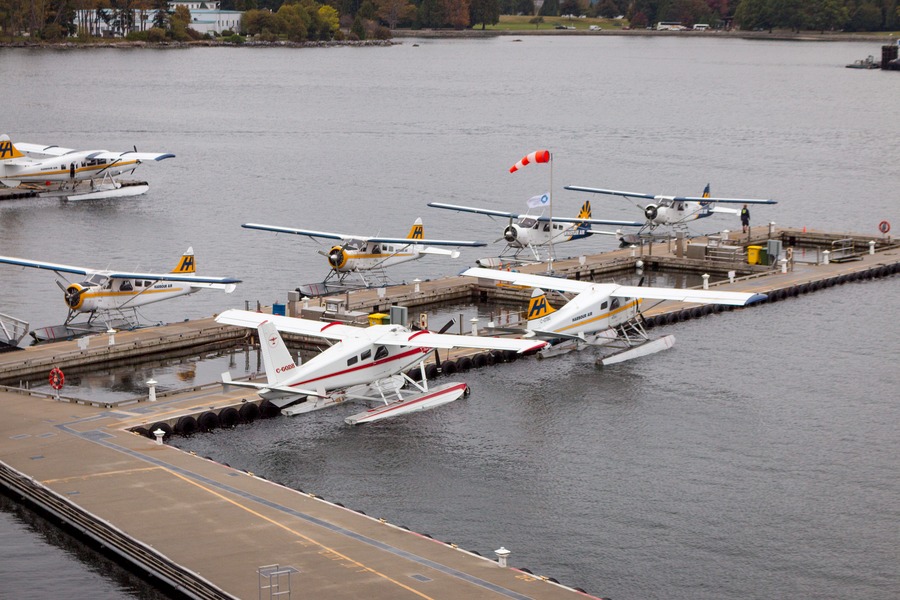 Checking in for the flight was far less painful than your typical commercial flight. In fact we simply presented our identification and booking code, then in return were handed laminated boarding passes.

There were no security checks or long queues. We simply took a seat in the comfortable, quiet lounge and watched a couple seaplanes take off and land for a few minutes. I wish all airports were this easy! 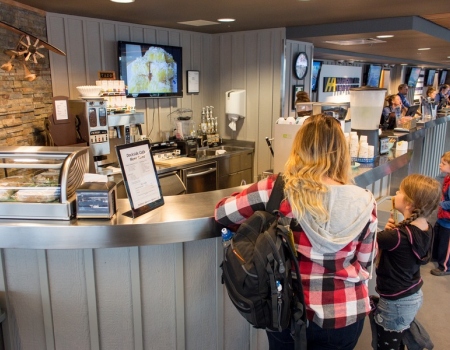 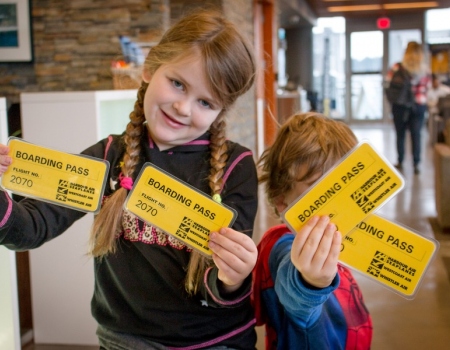 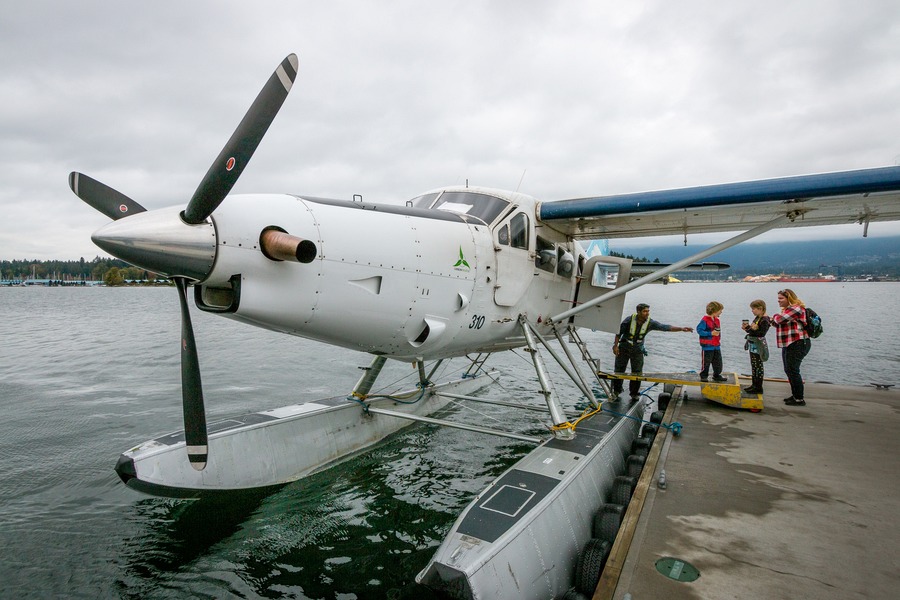 Once our flight was called we walked down the jetty and easily spotted our 12-seater plane. With the help of a friendly ground crew member, I stepped into the cosy cabin.

A small backpack or carry-on luggage is allowed and gets placed at the back of the plane. My scientific estimate concluded that 2 people assigned to each seat that should have fit 1.5 people. Squish! Thank God Josh and I were each sharing with a child. Those other passengers looked mighty uncomfortable (or happy, depending on who they were). 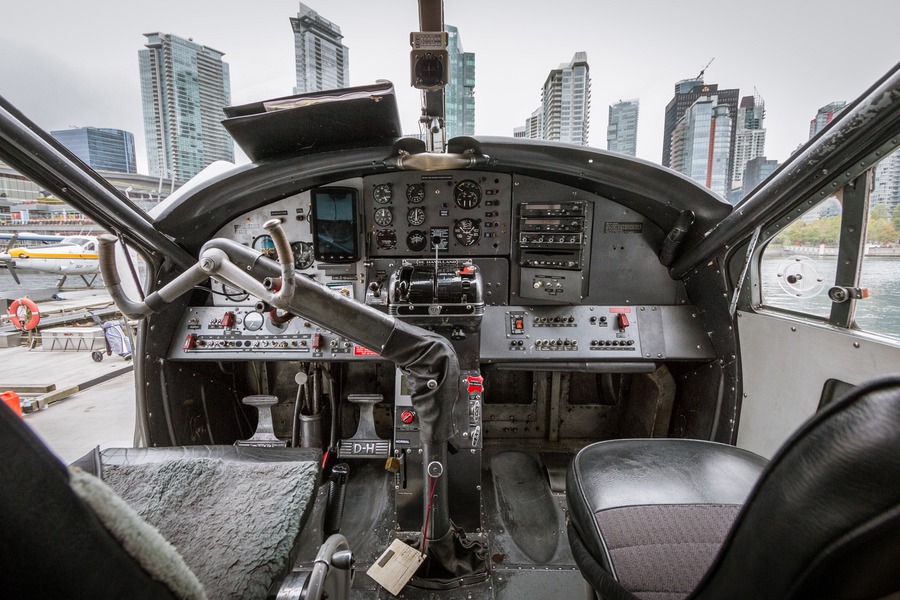 Only a narrow door-less arch separated the cockpit and cabin. The kids were more interested in watching out the window as the engines kicked in and we skimmed smoothly across the water. Josh was fixated on the fascinating pilot's controls. Seconds later the plane was pulling up gently, soaring southwest towards Vancouver Island.

As the aircraft banked to the left we could see the entire city bustling below. There's no doubt - this was the ultimate view of Vancouver. 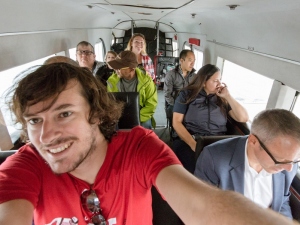 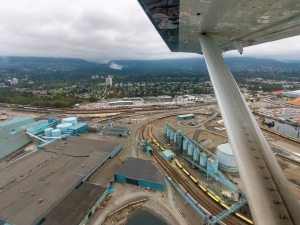 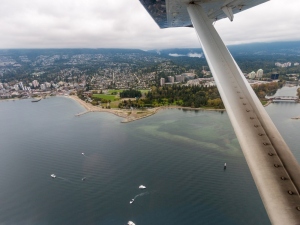 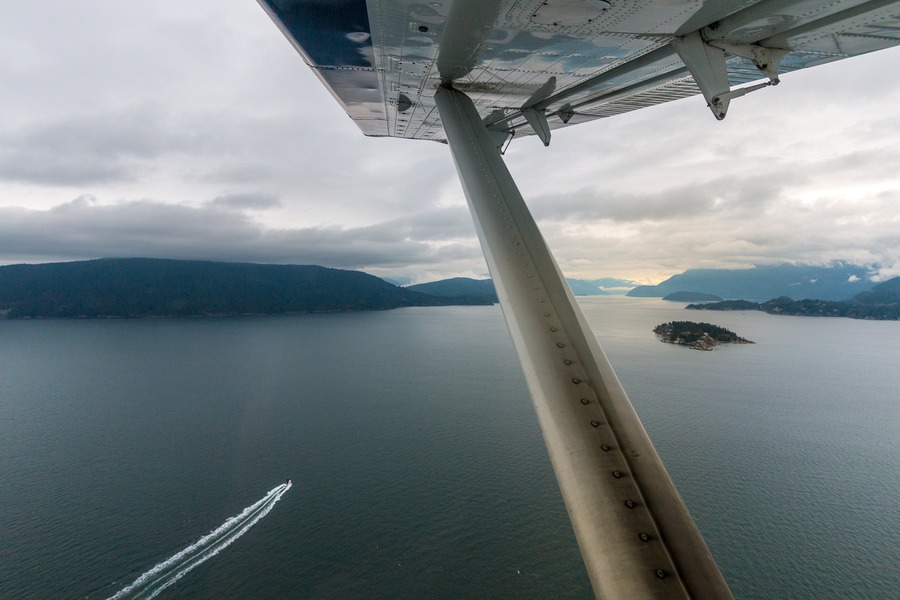 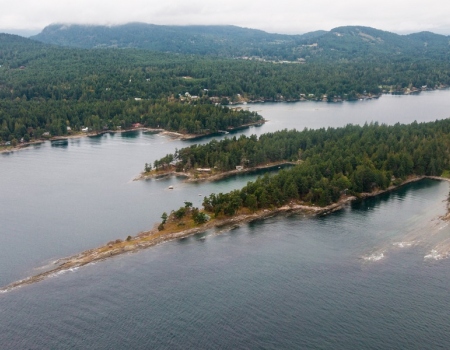 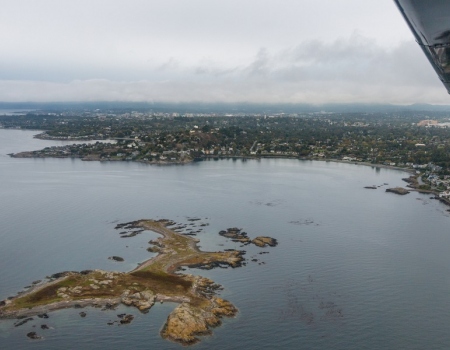 We soared over tree-filled islands that dotted the coastline. And less than 40 minutes later we landed gracefully in the heart of Victoria's harbour. Time flew by... literally! 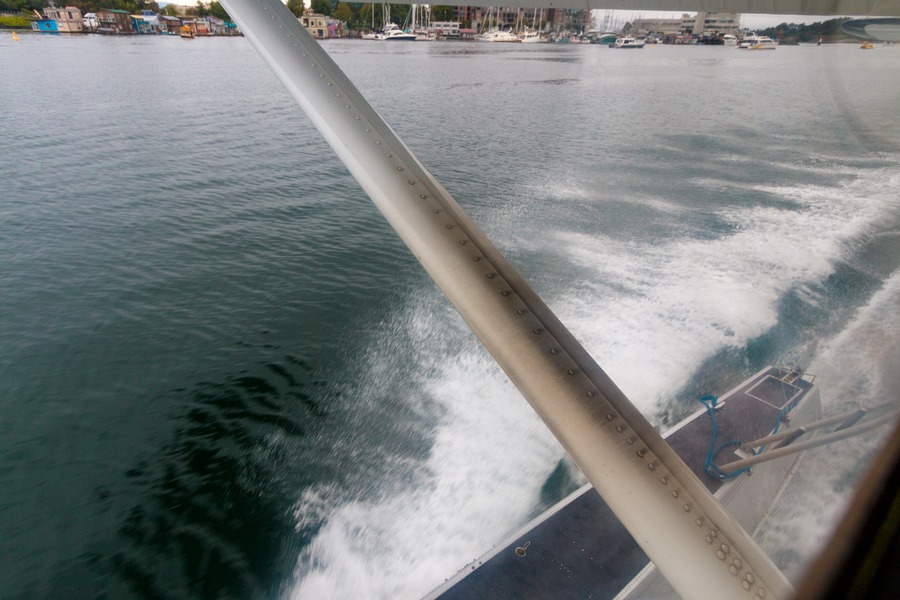 Disembarking was as easy as getting out of a car. I simply stepped off the plane, grabbed the luggage passed by the ground crew, and walked off. We were in need of a Wi-Fi fix, so we stopped at the Victoria terminal for another hot chocolate, an apple for the road, and a toilet break. Remember, there are no toilets on board the seaplane. 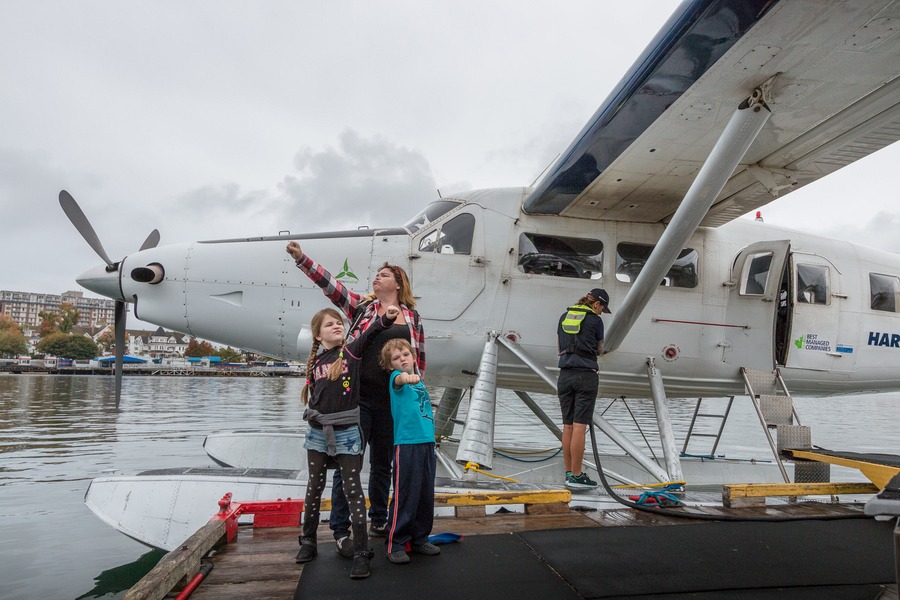 The rest of the tour was pretty much self-guided and we were given free reign to explore the quaint island city at our own pace, wandering through it’s charming streets, parks, shops, eateries and attractions. 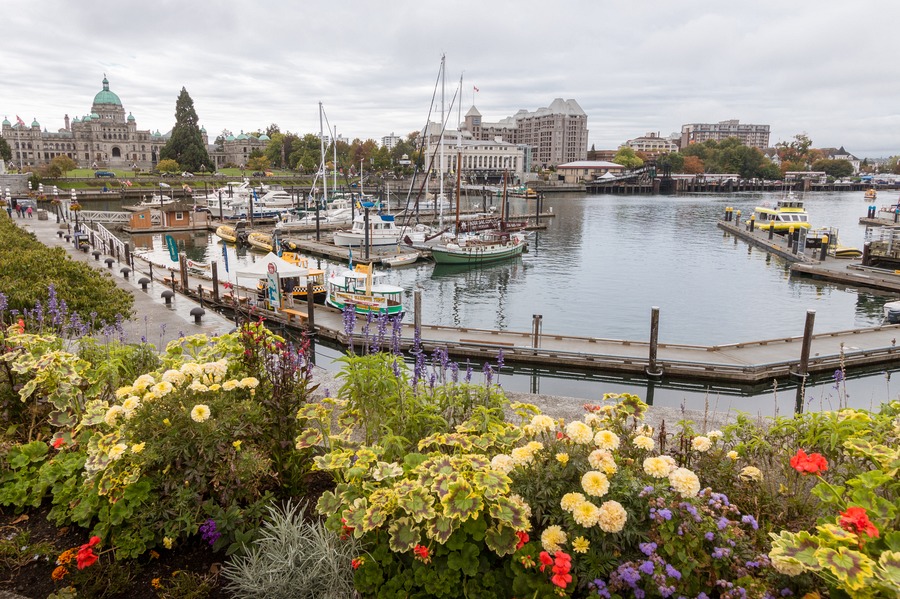 We caught up with our dear friends Pearce on Earth who we had met in Bali and Australia at different times during our travels. Our first stop was a stroll below the falling amber leaves of Beacon Hill Park and plenty of stops at playgrounds. 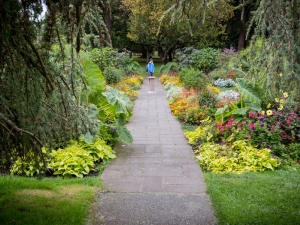 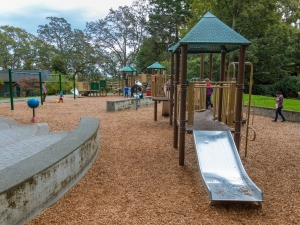 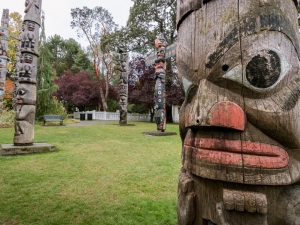 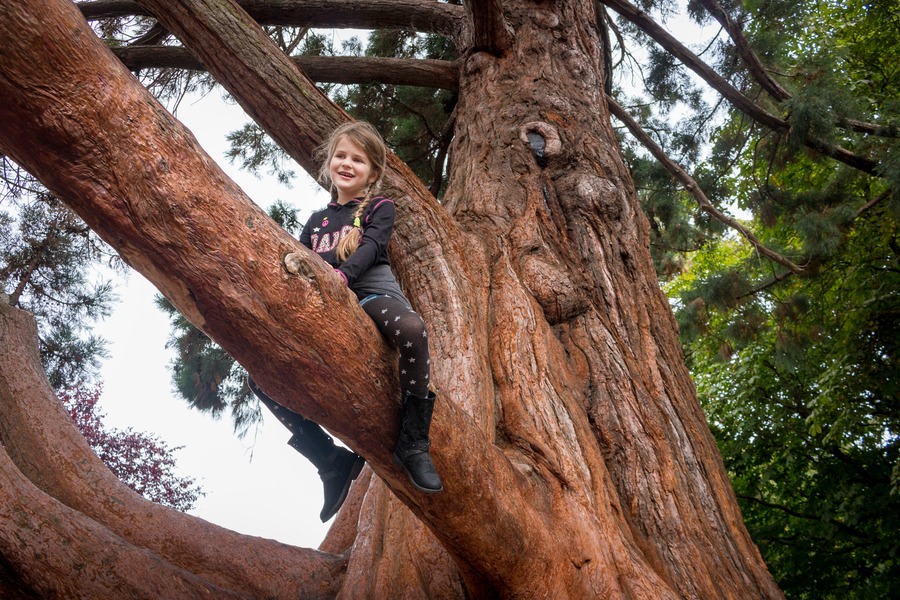 Next was a pop-up food truck festival where we ate tacos and pierogis on wooden crates before trying a caramel apple. Gee, those things are sticky – think I’ll stick to Aussie toffee apples. 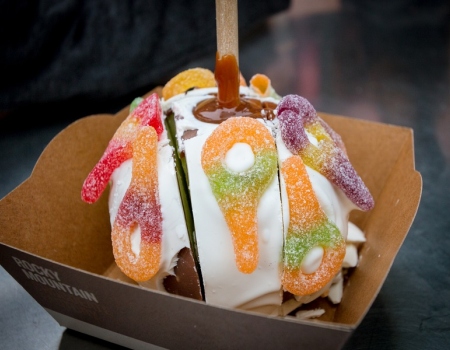 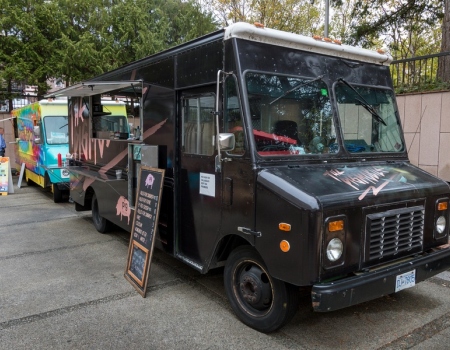 Time passed incredibly quickly and before we knew it, it was time to head to the bus depot, conveniently located behind the easily recognisable Fairmont hotel, to catch our coach back to Vancouver. 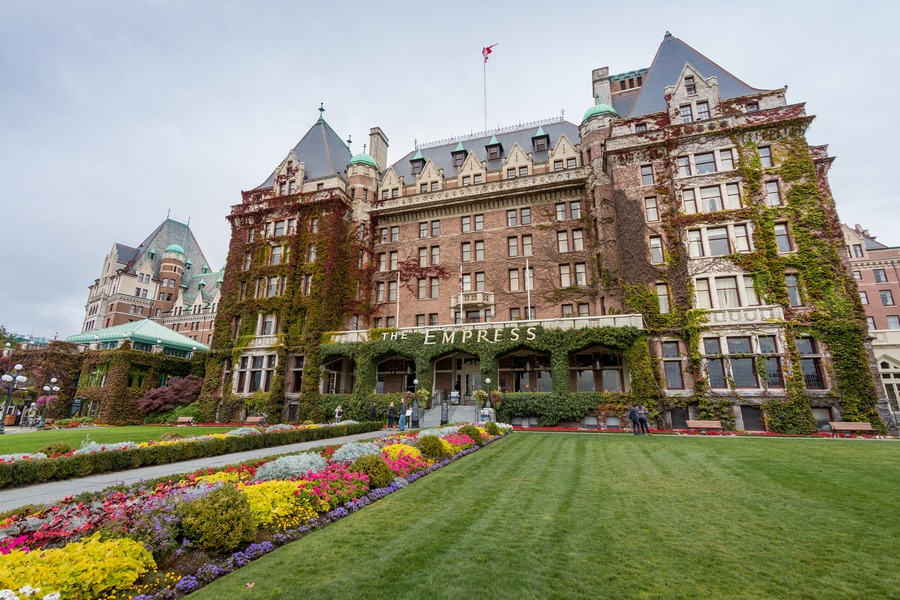 We gave our friends warmest hugs and hurried off to try the less-luxurious route home.

The Budget Way From Victoria To Vancouver

We had been given our coach tickets earlier in the day when we checked in at the seaplane terminal, so we simply waited in line to get on board. It was a busy coach, so a somewhat early arrival ensured that we could all sit together. Seats were comfortable, and many passengers (including Josh and the kids) quickly nodded off.