On our previous visit in 2007 the Knicks were in the finals and the tickets were over $2000 each. We decided to skip the game and headed to a New York Yankees versus New York Mets baseball game instead. The game was, well baseball, but the crowd’s enthusiasm and comradeship was infectious. 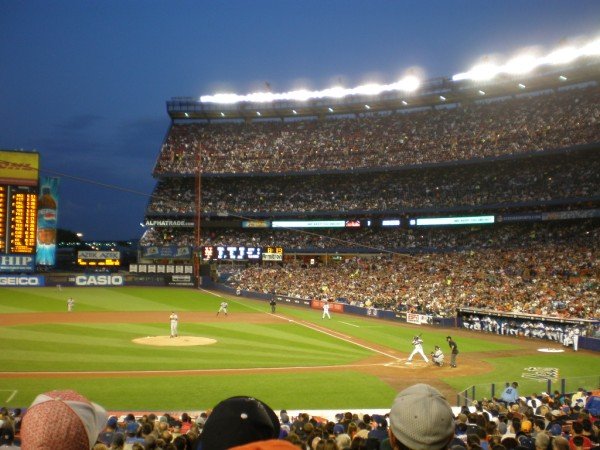 This time around we were hoping to get the opportunity again to finally watch an NBA game. My father-in-law at 7 feet use to play professional basketball and represented Australia in the Olympics back in his day. My husband at 6 foot 8 also played basketball. When he was younger he had to make the decision to make it a career or choose something else. He chose something else, considering Australian basketballers do not make the money the NBA stars do, nor (most of the time) the future career.

Anyhow I dated Josh at a very early age and while never sporty myself really got into basketball considering I had a boyfriend who played it. I would often be a scorer, cheerer and sympathizer throughout those games and easily developed a love for the sport and of course for tall athletic men man.

So here we are in USA with one of the greatest teams playing basketball. The games pricing changed based on who they were playing and with Christmas and New Year thrown in, there were few and far between we actually had time to see. Finally one night we decided to book tickets for the next night asking the housekeeper to babysit again. 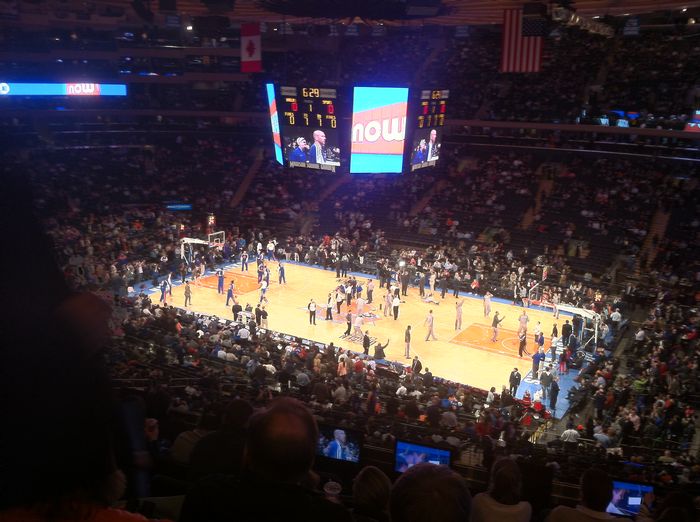 Tickets were $450 for 2. Kids were adult prices so we did not want to spend that much money on something they would most likely not enjoy. The tickets were actually about $200 each and the Ticketmaster fees were over $50! This was through a ticketing system that folks with season passes or just individual tickets sell them off, as they are not going. Actual tickets sell out weeks if not months beforehand. But the tickets were delivered to our inbox and we printed them and were ready to jet. 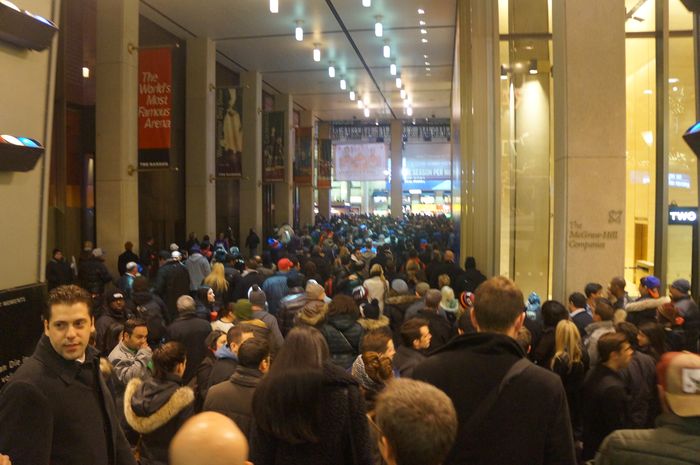 Madison Square Gardens is attached to Penn Station and the place was pumping. Fans wearing orange and merchandise to support the Knicks. We were seated in the upper section right beside the media. It was probably the middle section as there was another whole upper section above us.

We bought a foot long hot dog for about $6 and a drink. The food was expensive and after a bucket of popcorn set us back $5 we decided to eat after the game. 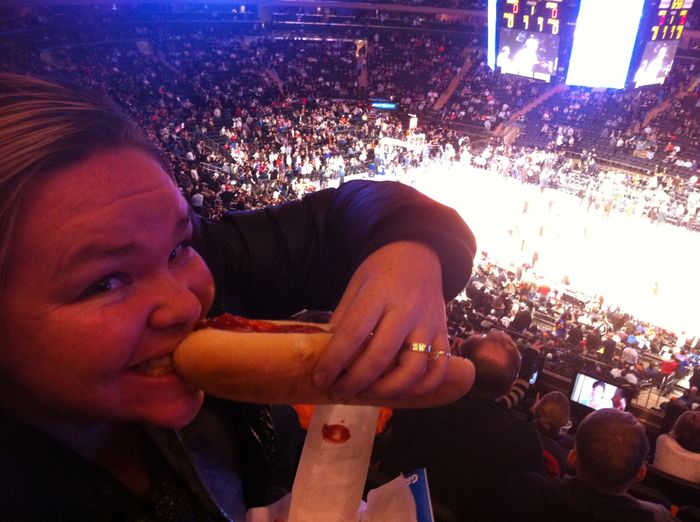 San Antonio Spurs played the Knicks and it was a good game. Neck-and-neck until about 4th quarter where the Knicks took-off and stole the game. We enjoyed watching the fans as much as the game. We also loved the video screen on the scoreboard that kept us entertained and showed which movie & TV stars were attending the game. 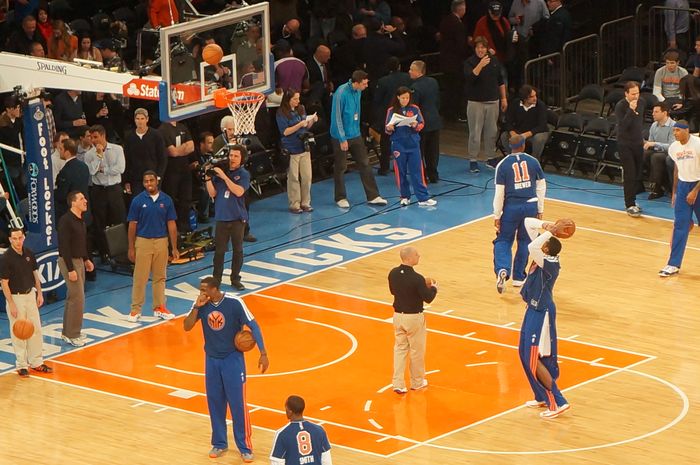 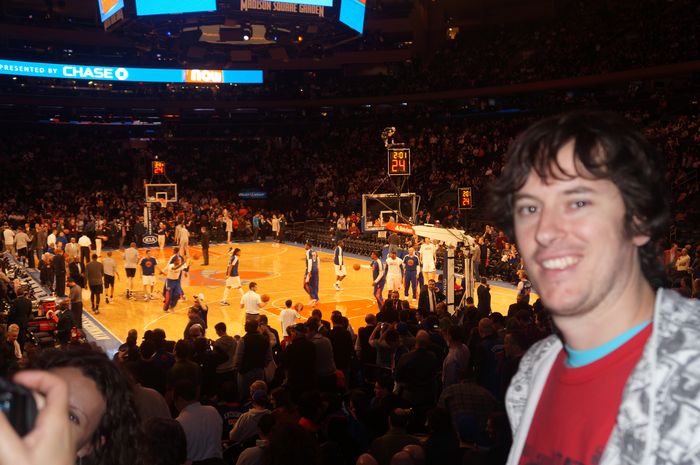 Josh was a giddy as schoolboy when we left the game and could not stop talking as we sat down to a Chinese meal in New York City by Madison Square Gardens. The food was excellent and the conversation enthusiastic.

We caught our train home to very happy sleeping children and I slept next to one very happy man that night. NBA game check.

"I respond to every comment by private email. So please leave me comments, I love chatting to you" - Josh Bender
Posted by Karin on Jan 28th, 2013
Great pics josh
Posted by Alvin on Jan 28th, 2013
Haha!! Tall athletic...man lol! Great blog Erin, I love the NBA massive Celtics fan (Sorry Josh)! Never been to a game despite my travels and Madison Square really is the creme de la creme when it comes to entertainment centers. Great info and pics, can't wait to experience it!
Posted by Erin on Jan 28th, 2013
Sad to hear that RajonRondo of the Celtics tore his ACL, Alvin... Maybe we can go with you next time.. Wouldn't mind seeing a Chicago Bulls or Lakers game.