When Was The Last Time You Played With Your Sega?

Home » Destinations » United Arab Emirates » When Was The Last Time You Played With Your Sega?
Share with friends Tweet Pin

As per our last posts on KidZania & the Aquarium we headed to Dubai Mall for another action-packed day. Being our 3rd (and last) day I was starting to feel a little weary from the inundation of consumerism and temptation, but we were excited for our final plans there.

This time for some old school fun. It seemed like a lifetime ago I was playing Alex The Kid and Sonic The Hedgehog on my Sega Master System, and when we heard about Sega Republic in Dubai I had a teen-era flashback. 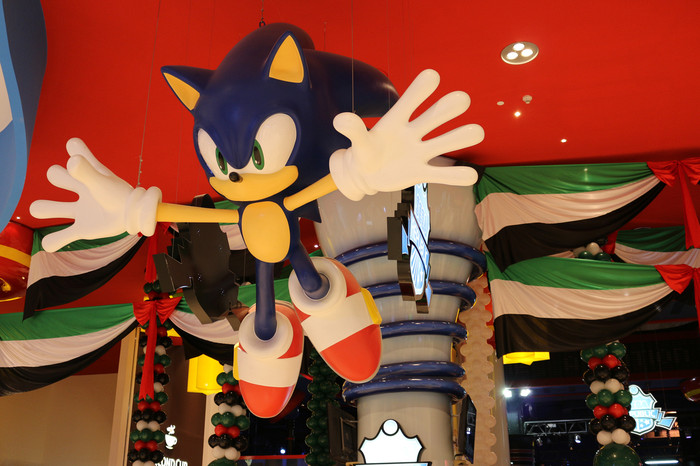 You remember those nights you would hit the video game arcade in an attempt to win a stuffed toy for your girlfriend/boyfriend/friend/yourself (lets be honest, it would have been for yourself), thrashing your friends in a car race or winning as many tickets as possible all so you could trade it for a shiny plastic ring from the shop that you could have bought for 50 cents anyway? This is Sega Republic, but with a twist. 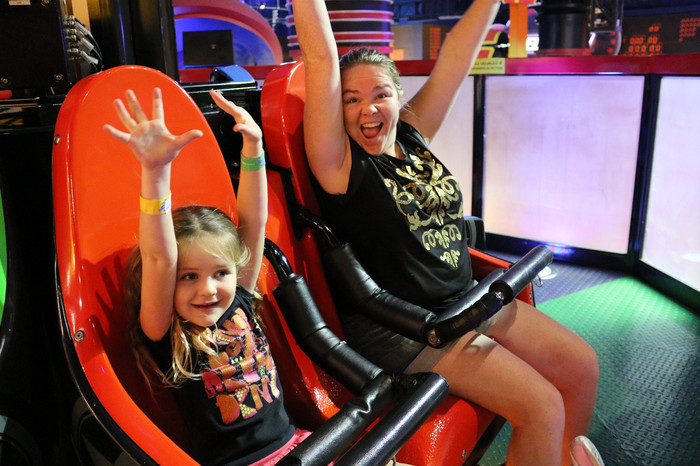 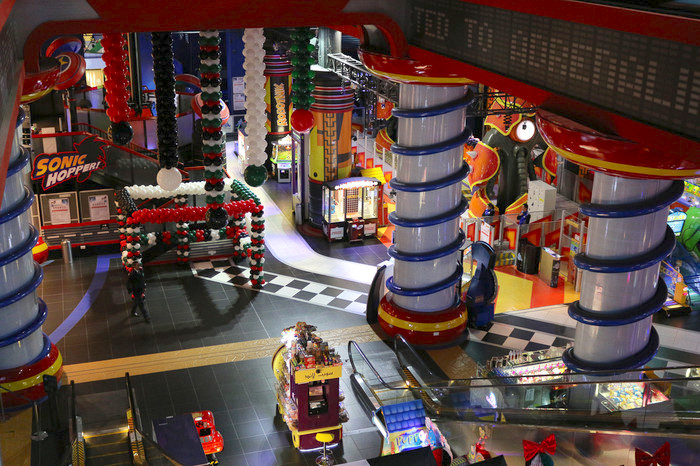 Near KidZania is this TimeZone (or Chuck E Cheese minus the pizza) cross Times Square Theme Park. A two level, 76,000 sq ft indoor complex featuring 14 thrilling attractions and more than 170 games, from cutting-edge motion simulators and virtual experiences to one of the region's largest assortment of skill and redemption games. 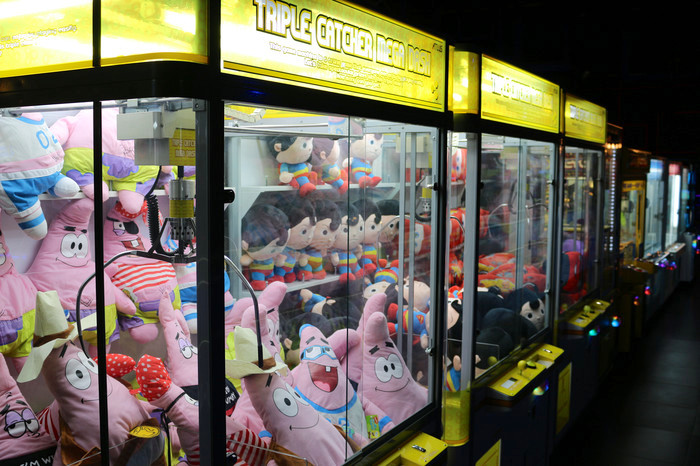 On top of all that they also have a soft playground area for the kids spread over 300 square metres set on four different levels. This area is completely supervised and contained so you can leave the kids to play while you go have some adult play time… gaming, that is. 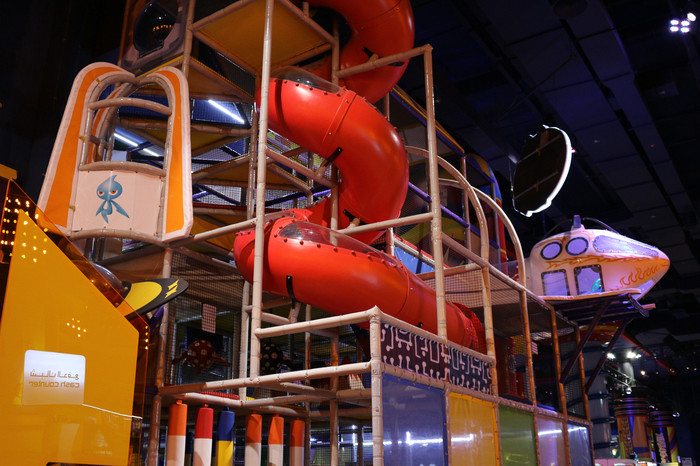 We picked up a day pass to spend on the rides and tried most of them. Somewhere between childhood and hitting 30 I seemed to have lost my equilibrium and found the thrill rides a little nauseating. Back when I was a teen they would have been thrilling. Gee, I must be getting old. 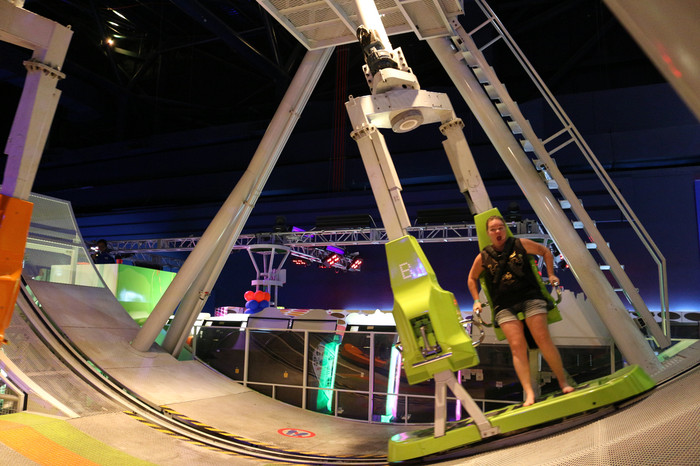 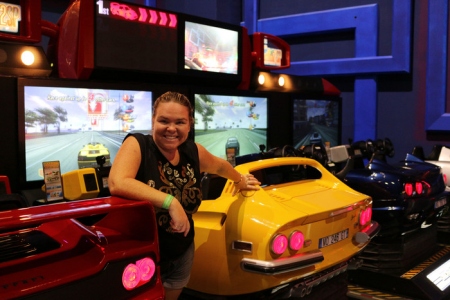 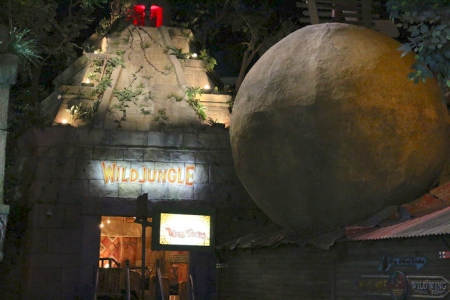 After a few rides we pried the kids off the playground and used a half hour play card to hit all the included games (indicated with a blue neon light). We played 4-way air hockey as a family, raced cars and more. The kids loved it and we relished encouraging and praising each other as we competed, won and conquered. It was a fun time all round. 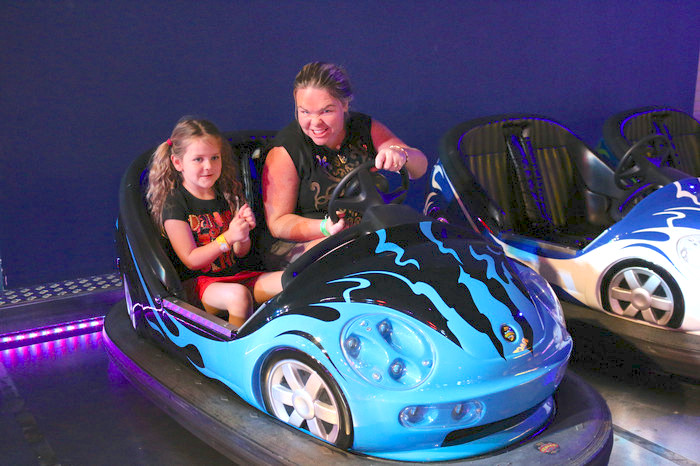 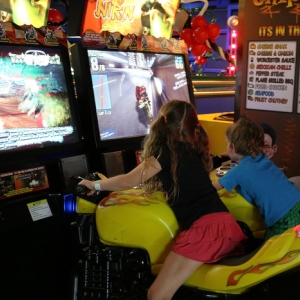 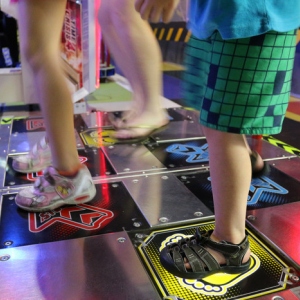 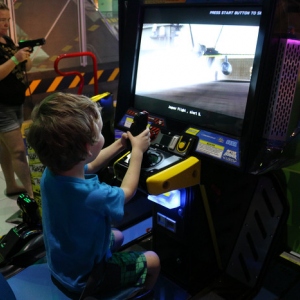 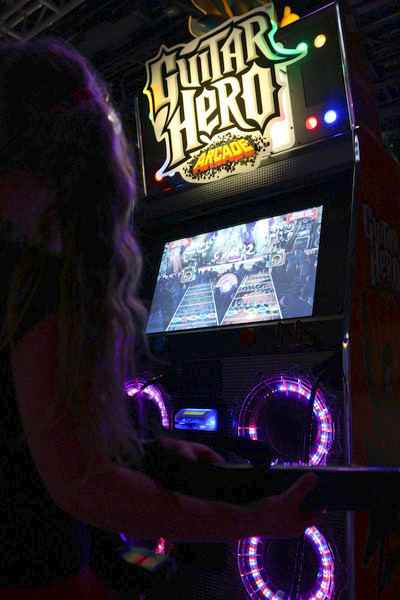 You can also get individual tickets for rides and purchase Game cards for play time.

Dubai Mall contains two food courts, plus restaurants spread throughout. With over 150 dining options available you can imagine making a choice is not easy. One of the food courts was situated near Sega Republic so we decided to head there. 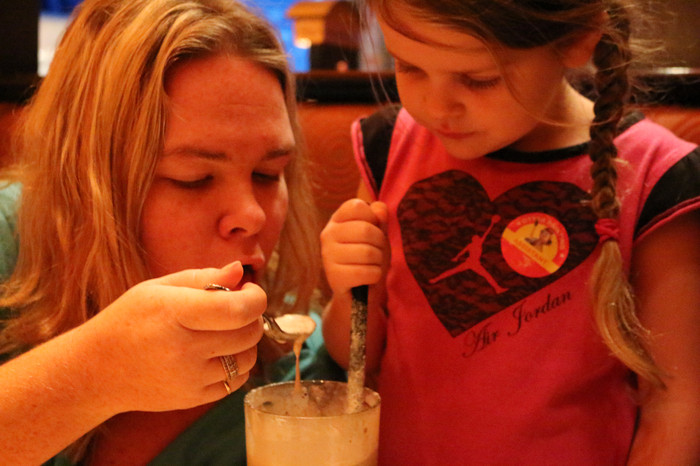 We found selections from Asian, Mexican, European, Middle Eastern, Indian, and pretty much anything you could think of really including all the American favourites like Cinnabon, etc.

In the food court dining hall we spotted a mini indoor playground, perfect for distracting the kids if you want to dine in peace.

Just outside the mall is situated an iconic feature much like the KLCC Fountain show in Kualar Lumpur. You can easily follow the signs in the mall to Dubai Fountains.

Set on the 30-acre Burj Khalifa Lake, beside the world’s tallest residential building is a fountain show comprising of high-powered water jets which reach heights of 500 feet as well as other fountains of varying sizes and styles. These were created by the same people who designed the famous Fountains of Bellagio in Las Vegas, which we visited back in the US at the same time last year. 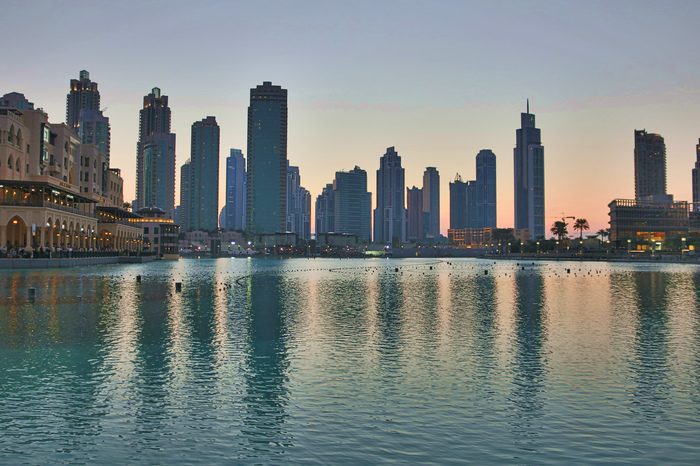 It performs every day with 2 shows in the afternoon (1pm & 1:30pm) and then every 30 minutes from 6pm. In conjunction with the water fountains, synchronised music, projectors and a laser lights create a spectacular effect that can be easily seen from over 20 miles away. This makes it the brightest spot in the Middle East and is even visible from space. 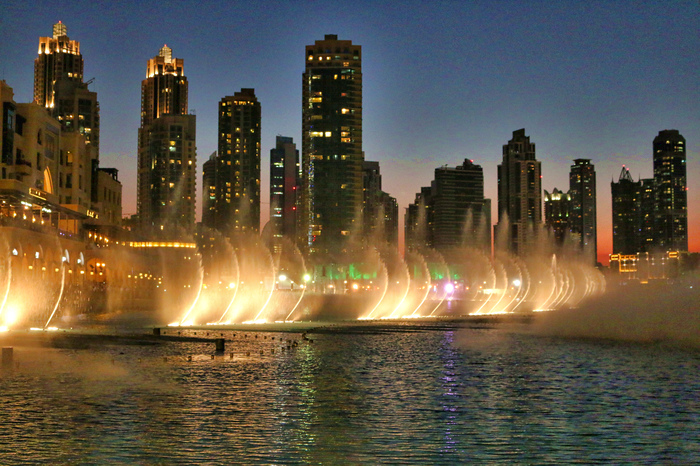 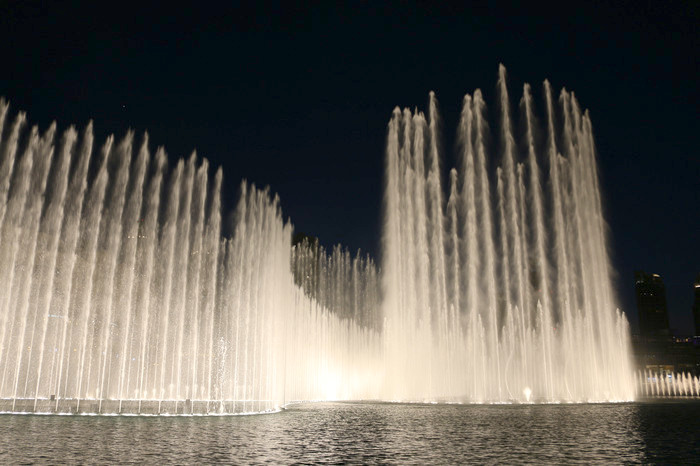 You need to grab your spot early as it gets real packed, but the kids enjoyed it, with oohs and aahs. It’s a nice way to wrap up a full day in a very busy mall. 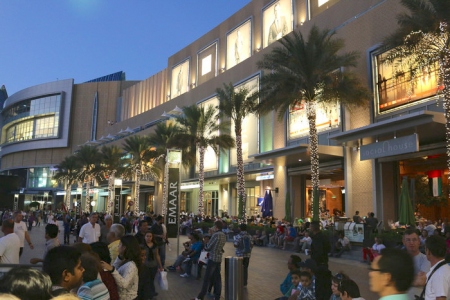 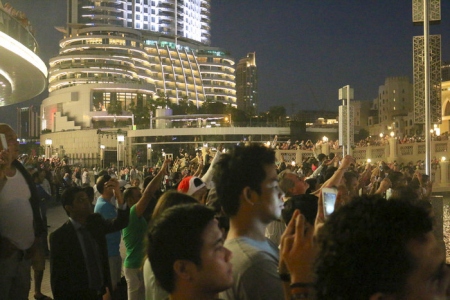 Finally our day was complete. Three days of non-stop action in the massive Dubai Mall. It’s not everyday you can see you spend 3 days back-to-back in a shopping mall, and just think, we only touched the tip of this air conditioned iceberg.

"I respond to every comment by private email. So please leave me comments, I love chatting to you" - Josh Bender
Posted by Katie on Dec 20th, 2013
We love the fountains at the mall!