Where To Stay In St Andrews, New Brunswick

St Andrews has been a popular summer coastal getaway destination for Canadians for over a century. And now 4 Vegemite-wielding Australians were invading.

We fell in love with the province of New Brunswick in 2015 during a house sitting assignment in Moncton. Nearly one year later we were back, and beyond excited to be spending time in St Andrews.

Largely because of where we were staying… The Algonquin Resort.

This was our first stop on a 2-week road trip adventure around New Brunswick and Nova Scotia. Trying to decide on a place to stay in St Andrews was easy. One hotel stood out head and shoulders above the rest. In fact, it is the most photographed building in the province and visited by British royalty. And I’m sure you can see why. 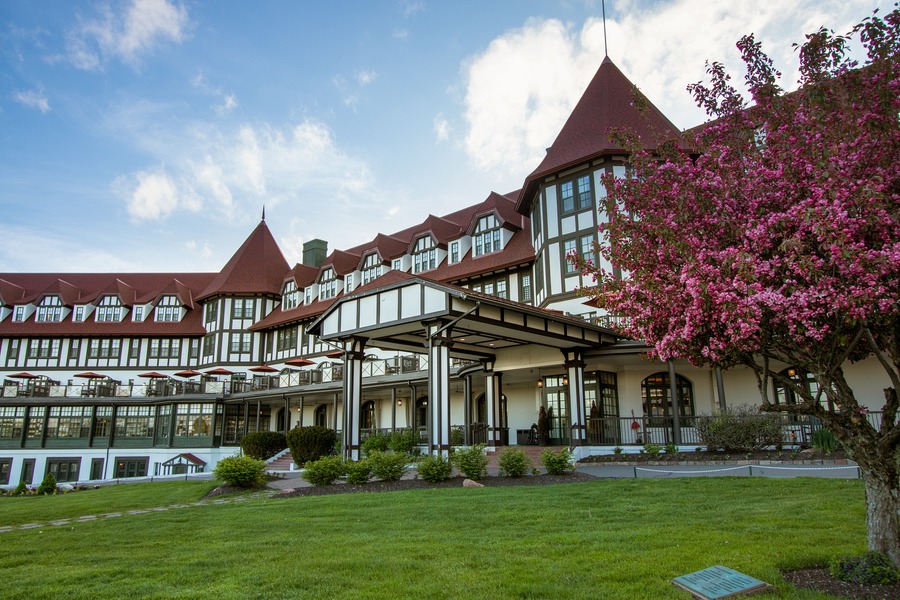 We flew into Saint John Airport late in the evening. After picking up our rental car the 50-minute drive to The Algonquin Resort seemed to fly by. As we pulled into the driveway, we couldn’t see much in the inky rural darkness, except an outline of a grand façade that whispered promises of grandeur within.

Front desk staff were beyond friendly, and ensured a fast, smooth check-in process. In just a few minutes we were sinking into one of the softest and most comfortable beds we’ve ever experienced. Our 3-night stay at one of Canada’s finest hotels was off to a good start.

Tip: Check out our article on things to do around St Andrews.

The Algonquin Resort is an iconic Maritime coastal resort designed in the Tudor Revival style. Originally built in 1889, a fire completely destroyed it in 1914. Thankfully, it was rebuilt on its same footprint in the same year, with additional wings added in the early 1990s and early 2010s. 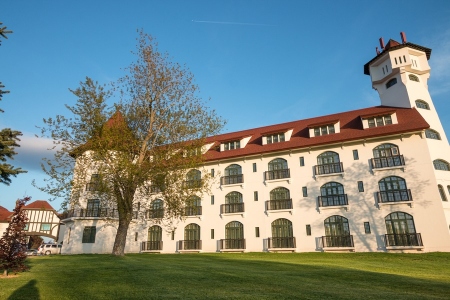 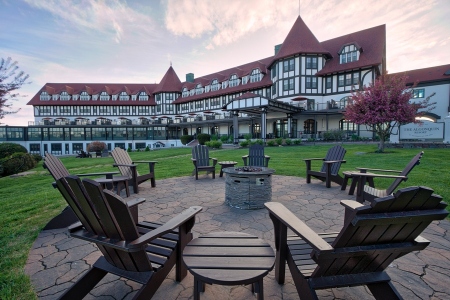 Tucked away indoors is a large heated pool complete with twisting waterslide, the perfect place to spend a relaxing afternoon with the kids in any weather. 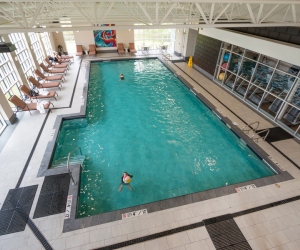 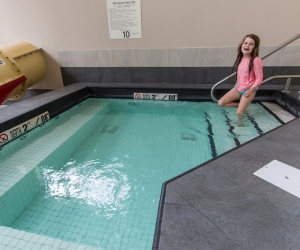 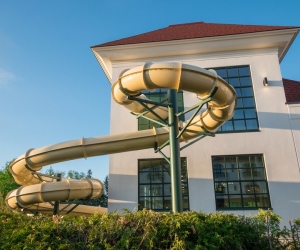 As you can imagine a building this old and historic conceals many mysteries. And those can be discovered with a ghost tour, held upon request. Guided by kilted staff member Andrew, Josh and Mia gingerly explored allegedly haunted guest rooms, and investigated old, spooky basement tunnels which connected various parts of the resort. At one point Mia thought she heard the voice of a female ghost and Josh had goose bumps running up and down his arms. Mysterious! 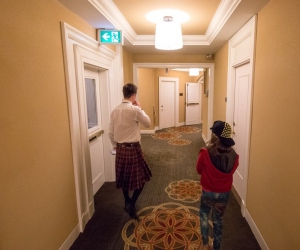 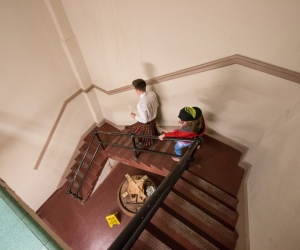 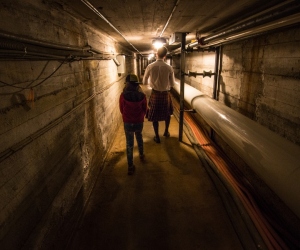 We stayed in a Studio Room within The Prince of Wales wing, accessible from the main building via a covered walkway. This wing was constructed in 1993, and renovated in 2012-14. The carpeted hallways spoke of grand olden days, ruffled petticoats and men in fine suits. Our room overlooked the gorgeous grounds and included a small kitchenette. It’s always so handy to have a fridge, sink and dining table when travelling with kids.

The padded bedheads were my favourite. But even better was what can only be described as sleeping on a soft, fluffy cloud. Yep, the beds were incredible. 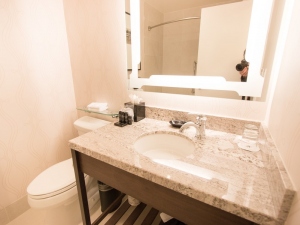 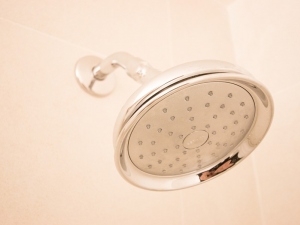 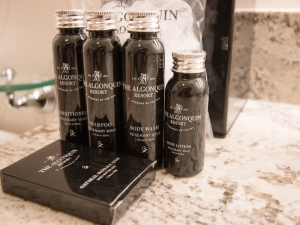 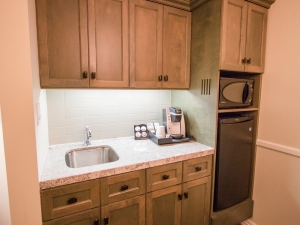 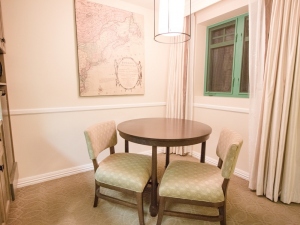 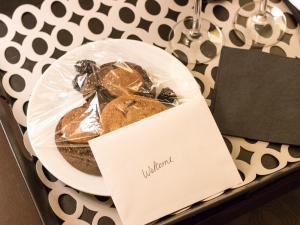 Breakfast was an a la carte affair in a tastefully decorated dining room called Braxton’s. The service was impeccable as always, and my “1889” eggs benedict was cooked perfectly. 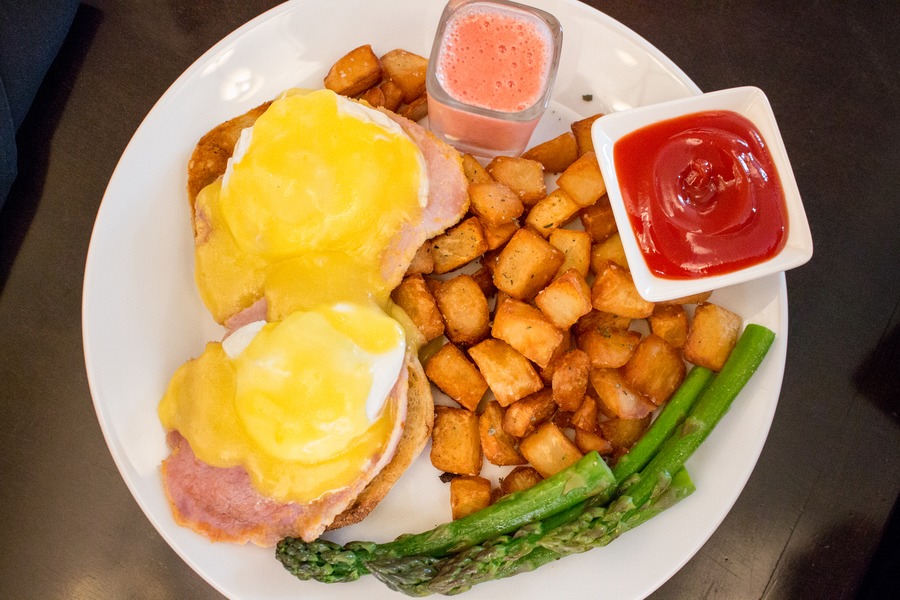 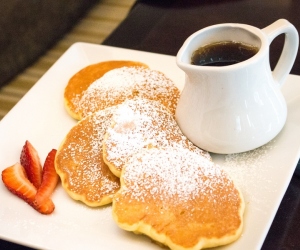 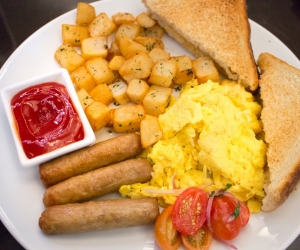 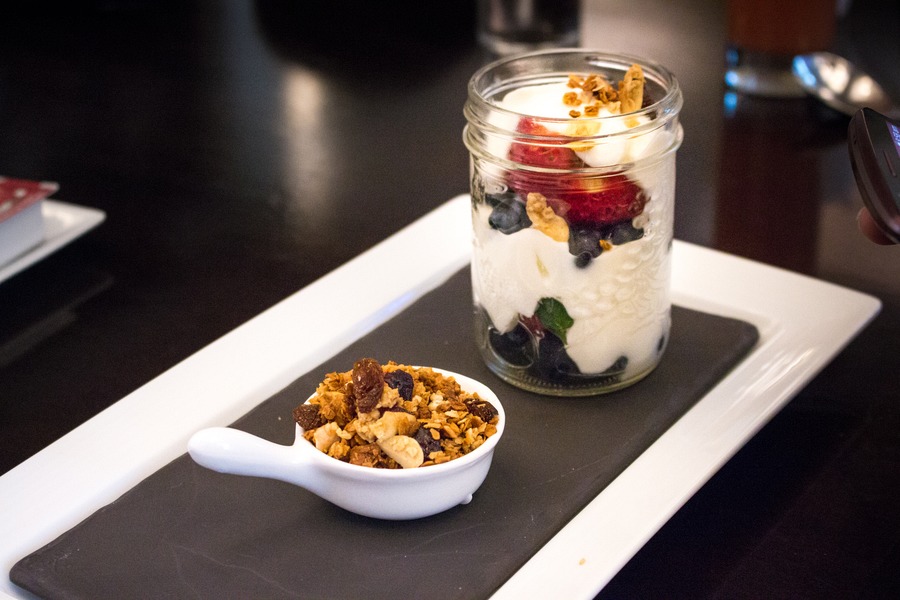 We thought breakfast was classy, but dinner took things to a whole new level.

I tried a local green vegetable called Fiddleheads. Harvested only a few weeks each year, we happened to arrive exactly at the right season. Fiddleheads are the furled fronds of a young fern and taste like asparagus meets a Brussels sprout. 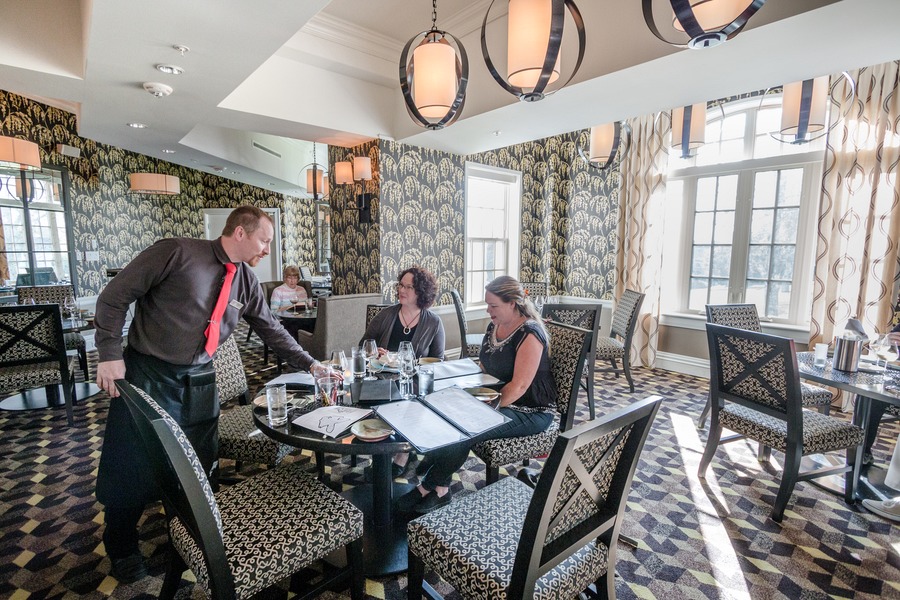 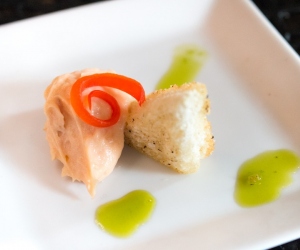 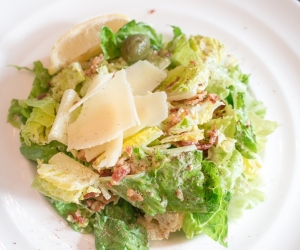 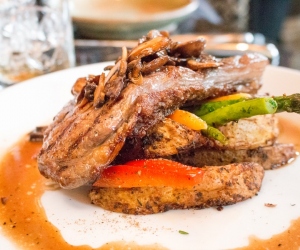 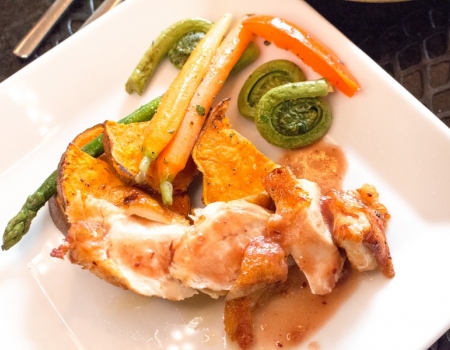 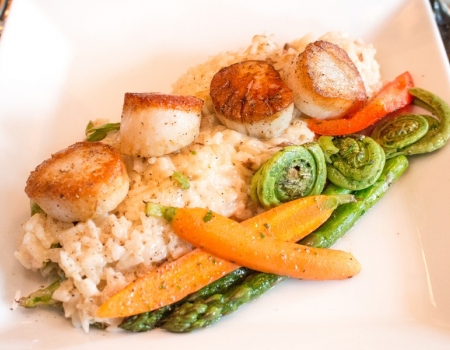 And while our main courses were flawless – the desserts were so astonishing they brought a tear to Josh’s eye. 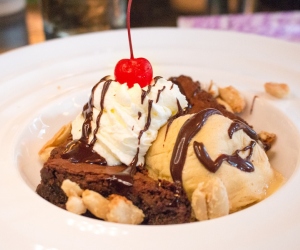 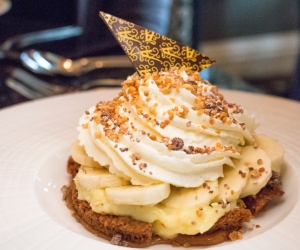 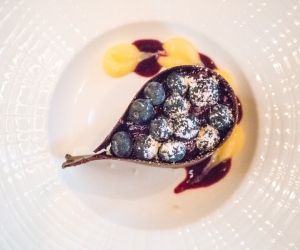 Josh and Mia enjoyed hot chocolate and s’mores by the roaring fire pit one evening after their ghost tour. But this wasn’t just any marshmallow, chocolate and graham cracker treat – it was Algonquin’s modern, glamorous twist that was so beautiful it belonged under Perspex in a museum. Pure luxury at every turn. 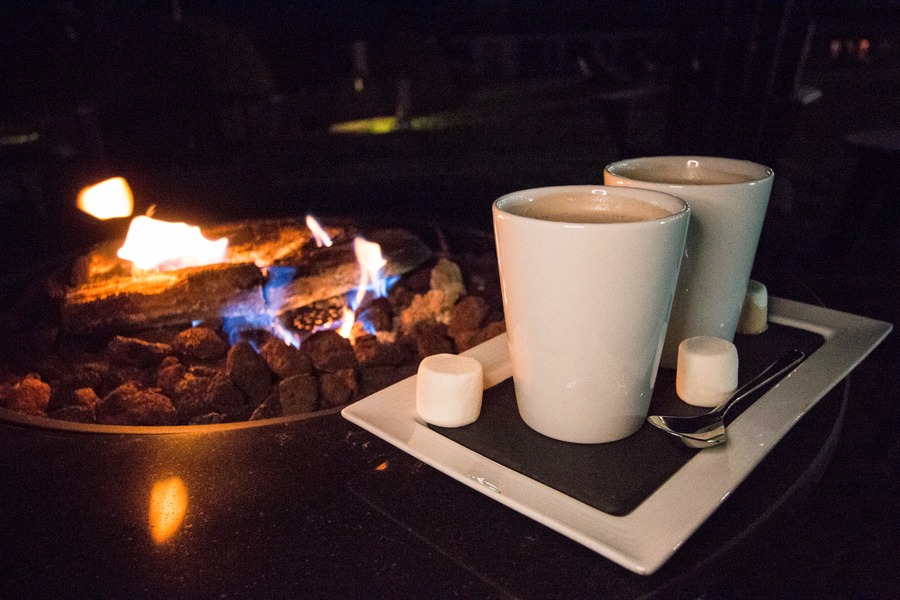