Where Royalty Sleeps When They Visit Montreal

Montreal is a city that can’t be fully explored in 1 vacation – it leaves you wanting more. There’s something about the energy that just made me want to jump out of bed each morning so we could start exploring the city.

That’s a stark contrast to one of the most well known events in modern music history, which occured inside the iconic hotel, Fairmont The Queen Elizabeth. In 1969 John Lennon and Yoko Ono held their Bed-in For Peace. The pair stayed in the presidential suite (now called 1742) for 1 week to promote world peace.

During this time the instant hit “Give Peace a Chance” was recorded. 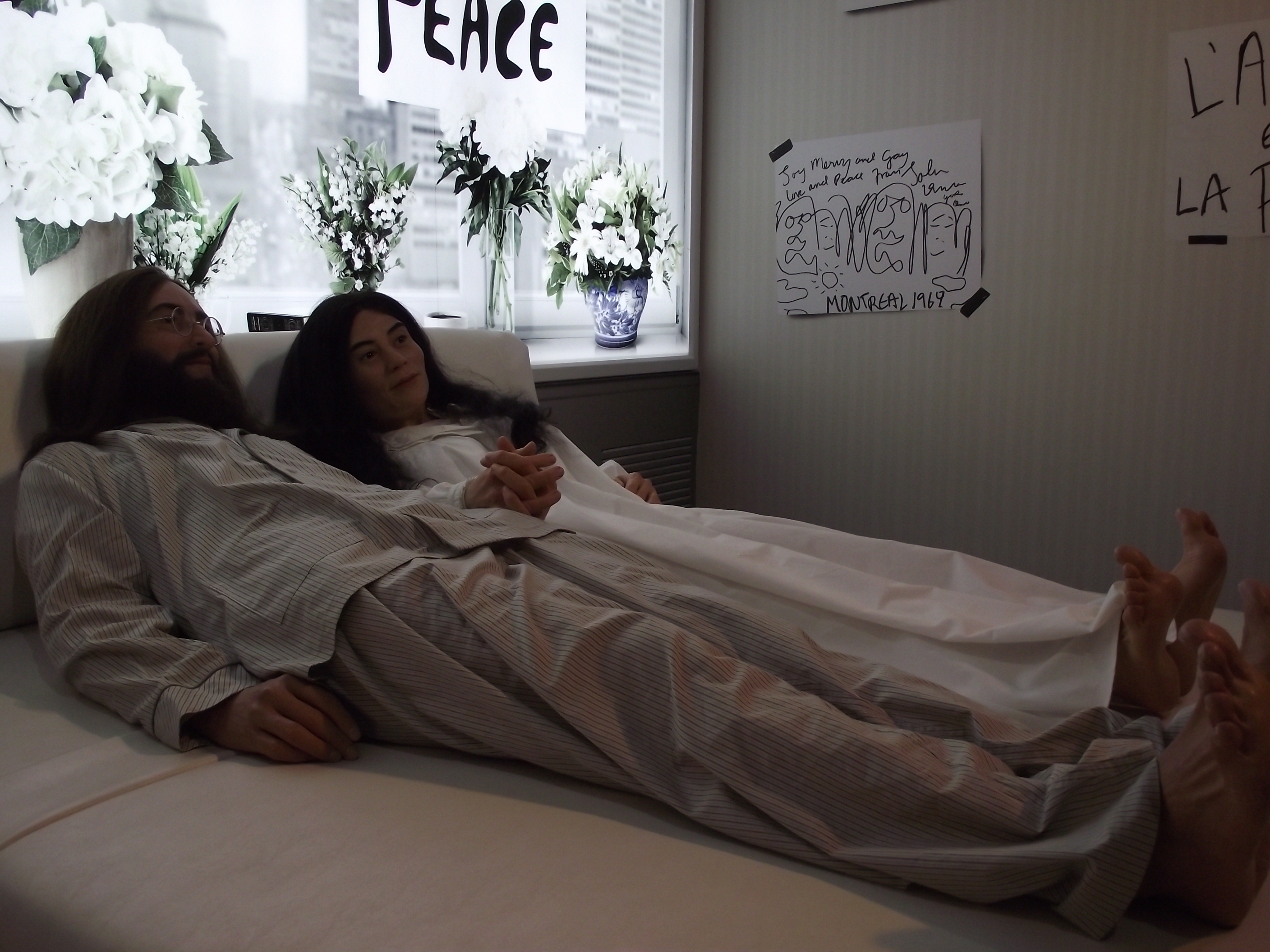 And after we spent 2 nights at The Queen Elizabeth in a Junior Suite, I realised how hard it was to get out of the super comfy bed each morning. But I had a feeling if I stayed in bed all day, I wouldn’t draw a crowd and it certainly wouldn’t make for an interesting blog post 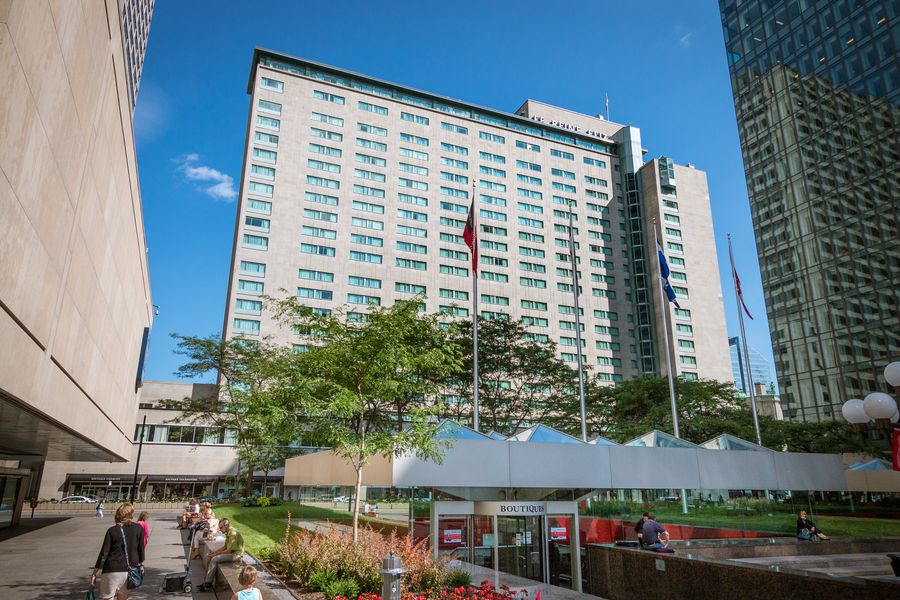 The Junior Suite was as luxurious and comfortable as the pictures suggest. From the plush king-size bed, to the private lounge room, to the city views, and even the rose-scented shampoo and shower gel. Every element of the room made us feel like royalty. 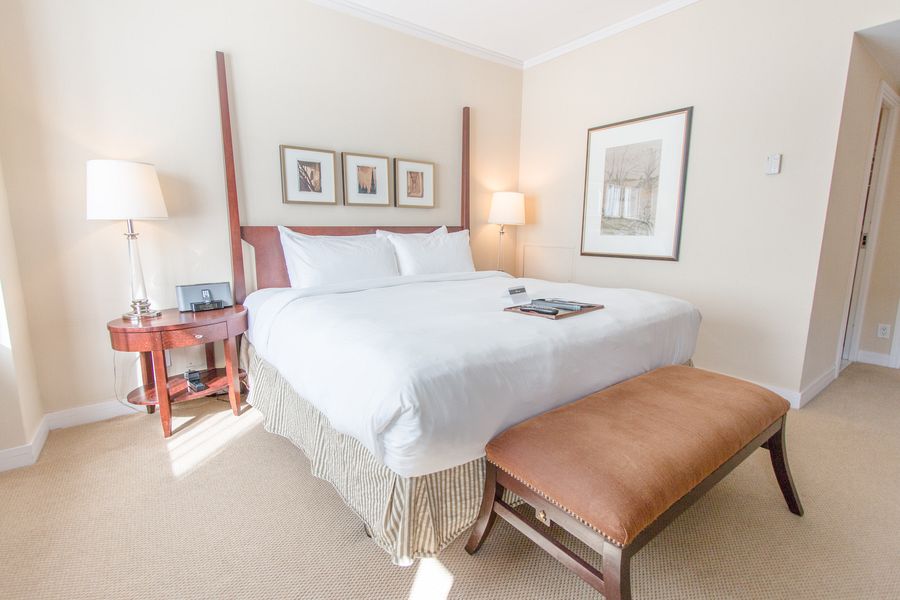 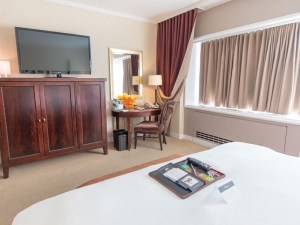 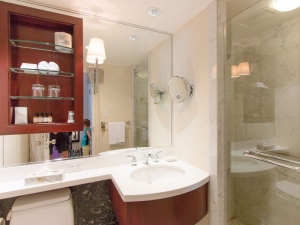 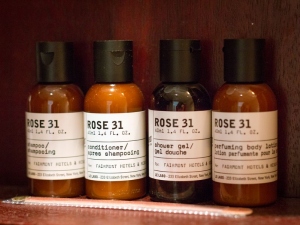 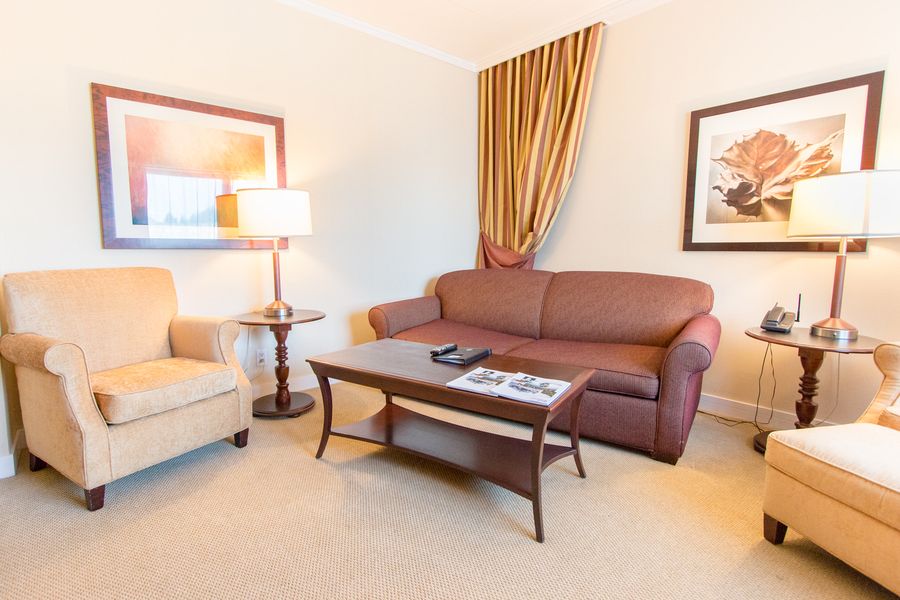 But my favourite feature was the freshly baked banana bread. Mmmmmm! And to ensure that moment lasted long after checkout, the hotel kindly included a take-home recipe card. While I snacked on that, our kids quickly devoured the complimentary cookies and chocolate milk. 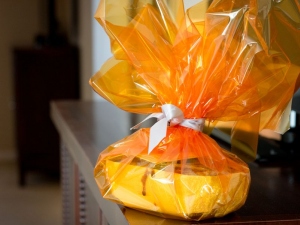 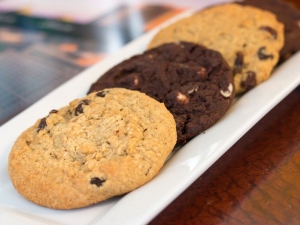 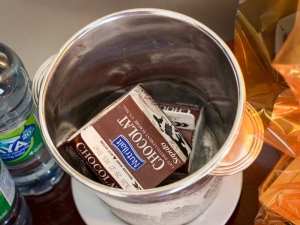 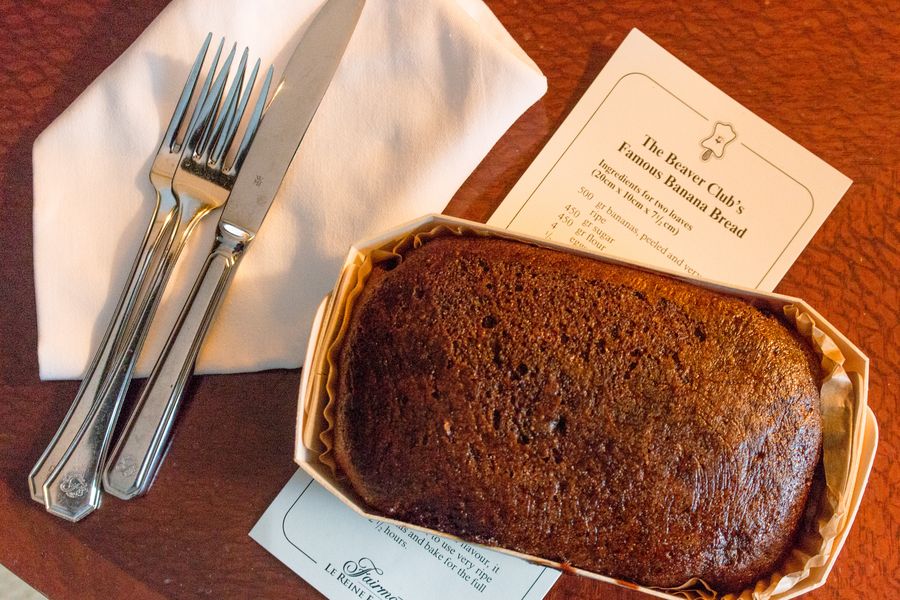 The foldout sofa was prepared each evening by housekeeping. But what made the suite perfect was a simple door between the main bedroom and the kids. Only a parent knows what I mean. 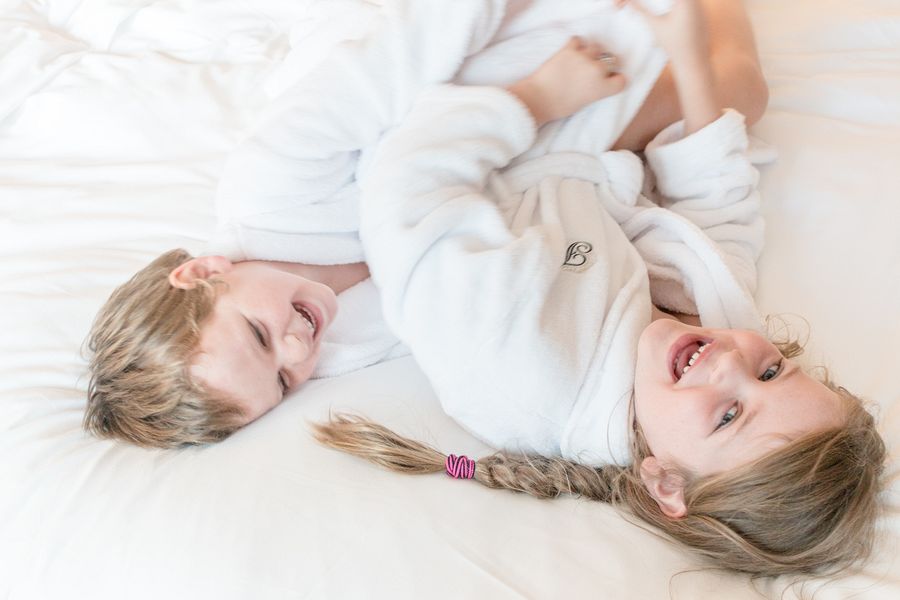 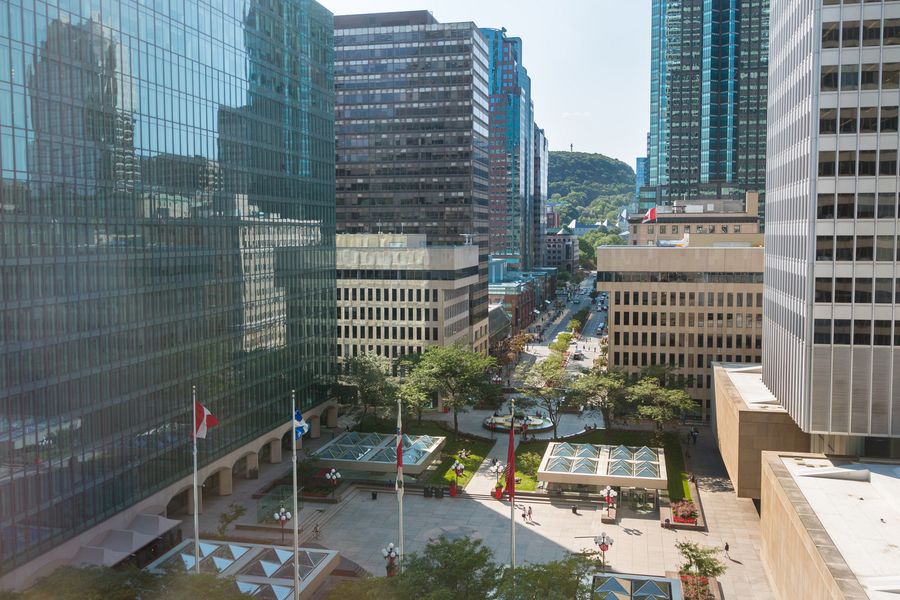 View of downtown Montreal from our suite

After the famed events of 1969, the presidential suite was renovated, but still contains elements of the Bed-in for Peace event including a wall-mounted photo.

Our kids tried laying on the floor in the same room that John and Yoko did 46 years prior, which was ever so cute. 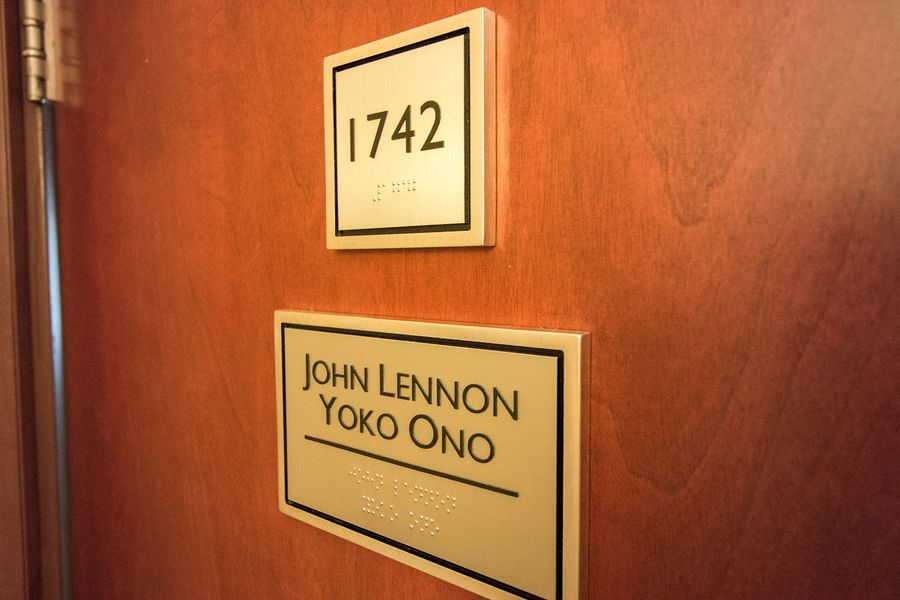 If you’re staying at the hotel and ask guest services nicely, they will likely be able to escort you to the suite (assuming it’s not in use) if you wish to take a peek. 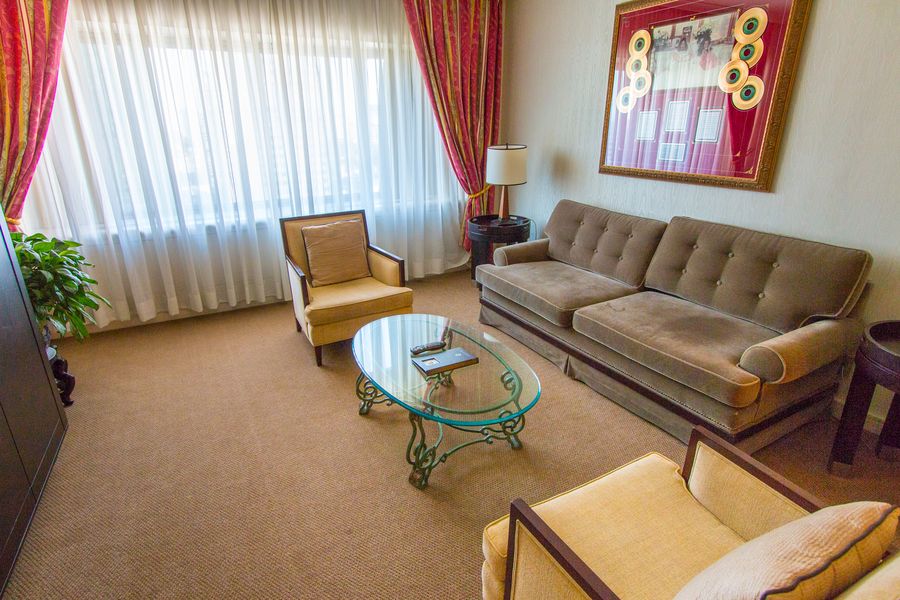 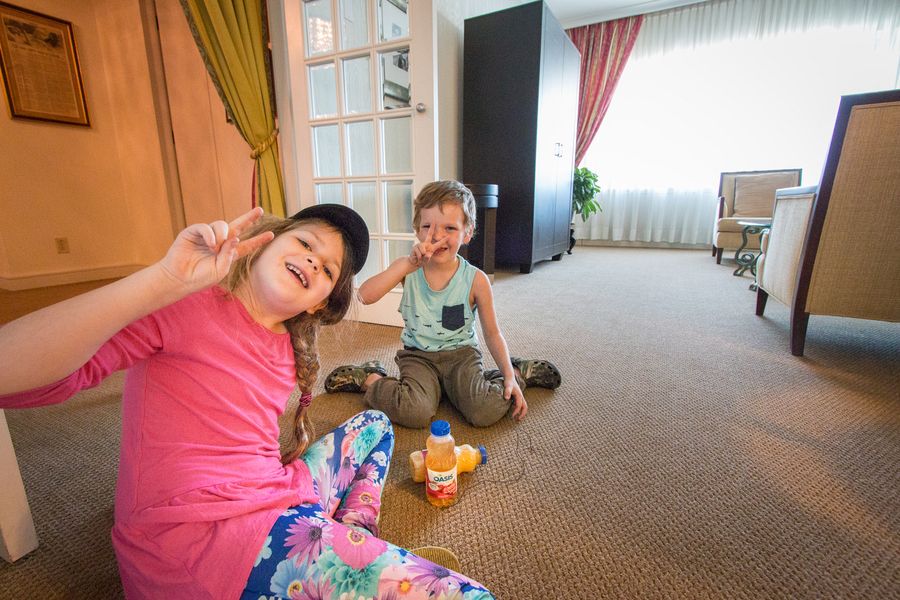 While it’s not generally open to the public, hotel guests can also ask guest services to guide them to the rooftop garden. Up here you can soak up a gorgeous view of Montreal, spreading out in all directions. Mia helped water the garden while Caius took a few nibbles from the blueberry bush. The hotel kitchen uses fresh herbs, and seasonal fruit and vegetables grown in this garden during the warmer months. 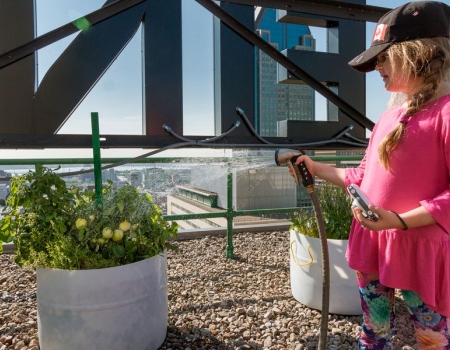 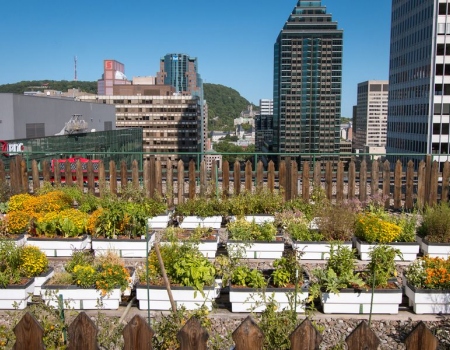 The hotel offers 3 dining options – a restaurant, bar and gourmet food counter, as well as room service. However since the standard room packages don’t include breakfast, we didn’t eat in the hotel. But being in the centre of Montreal, there were dozens of eateries within a few minutes walk. We enjoyed breakfast at Zesto Resto and a hearty dinner at Reuben’s, both of which I can easily recommend. 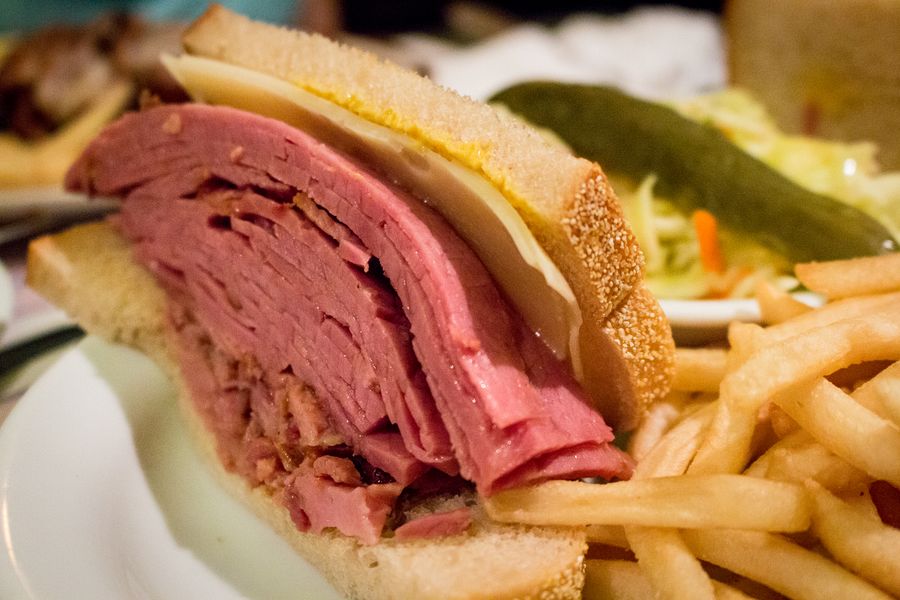 That’s a lot of meat… at Reuben’s

There’s so much to do in downtown Montreal we wrote an entire post about it.

Just 1 block east of the hotel, and connected underground, is the Gare Central Train Station. This connection was actually the origin of the famed Underground City which is now connects dozens of buildings and is used by over 500,000 people each day. 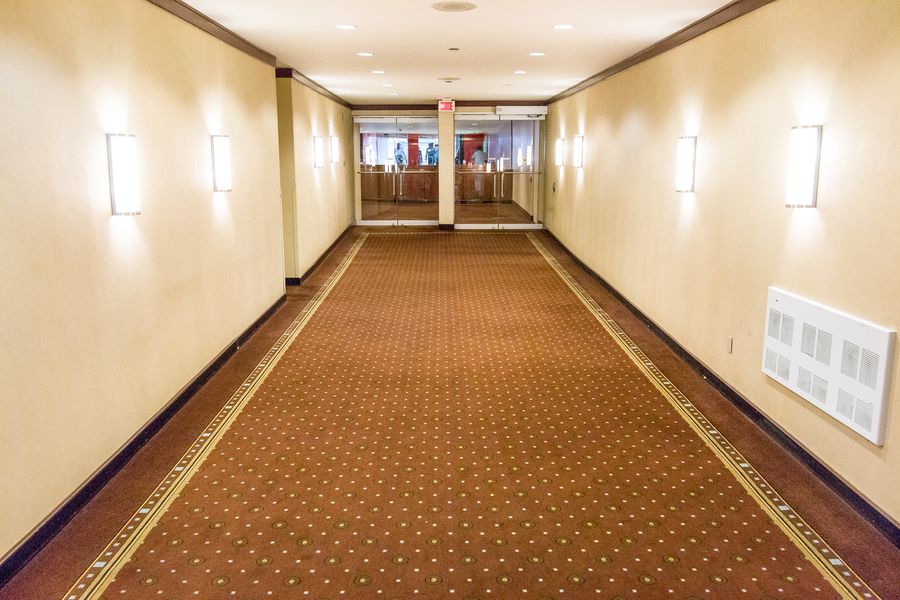 Underground connection between Fairmont The Queen Elizabeth and the train station 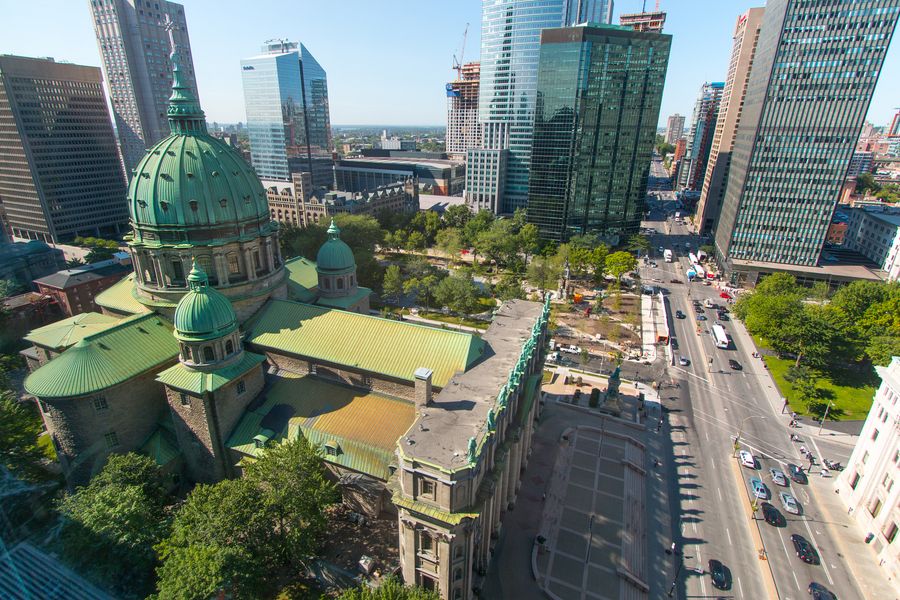 View of Mary, Queen of the World Cathedral from the Fairmont Gold Lounge

Finding a place to eat won’t be a challenge. From Five Guys to fine dining – it’s all within easy reach.

And while arriving by train would be the most convenient, we were on a road trip, and found parking at the rear of the hotel which cost CA$25 per day.