It’s ingrained in us girls.

And for the most part, my life has been a fairytale. I’ve worn princess dresses at balls and weddings. I might not own glass slippers, but I certainly dig my Sketchers and the handsome Prince Charming I found.

But I was missing the ever-elusive castle.

Sure, my home is my castle, but a few turrets and a couple hundred extra rooms would be more castle-y, right?

Enter Ottawa’s Fairmont Château Laurier, and the 2 nights I got to spend in my very own fairytale castle. 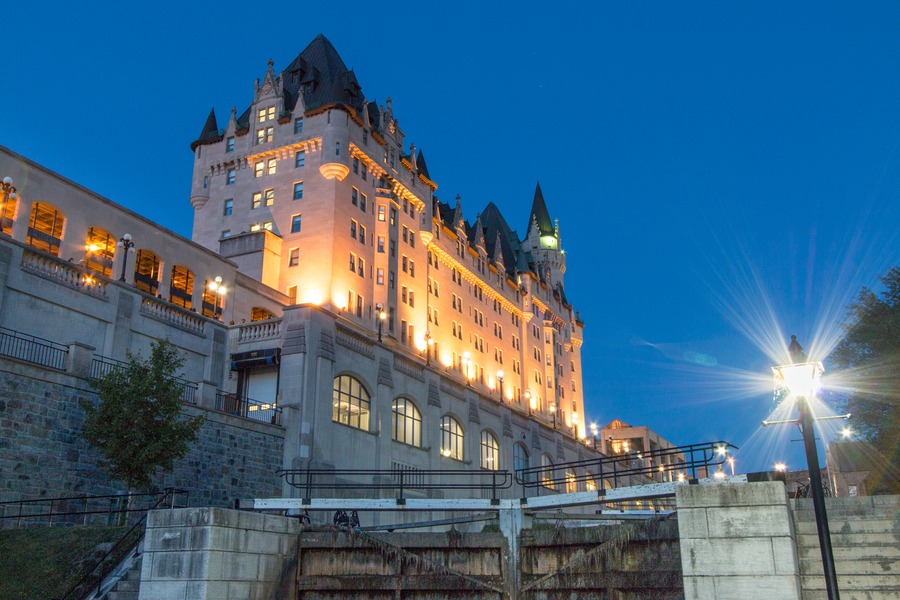 With 429 luxury guest rooms covering 660,000 square feet (201,000 sqm) of prime real estate in the centre of Ottawa, the ChâteauLaurier has stood proud for over a century. 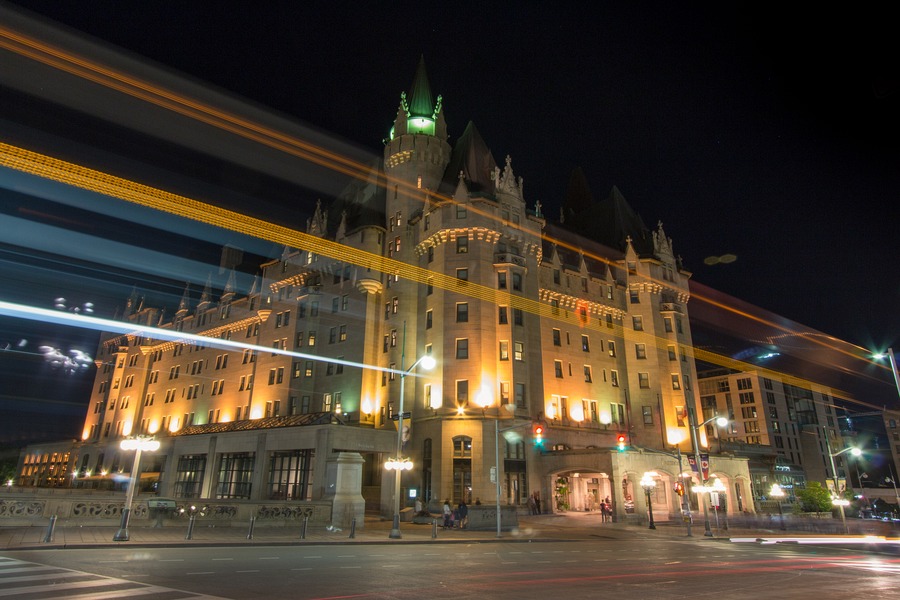 Located near the intersection of Rideau Street and Sussex Drive, it sits adjacent to the Parliament buildings. In fact it’s often been referred to as "the third chamber of Parliament" because of it’s complementary French Gothic Chateauesque architecture and the fact that it has served as home and meeting place for many prominent political figures.

Grand Trunk Railway originally commissioned the construction of the hotel between 1909 and 1912 for a whopping price tag of $2 million. Private rooms originally cost $2 per night. Prices have gone up a little since those days. 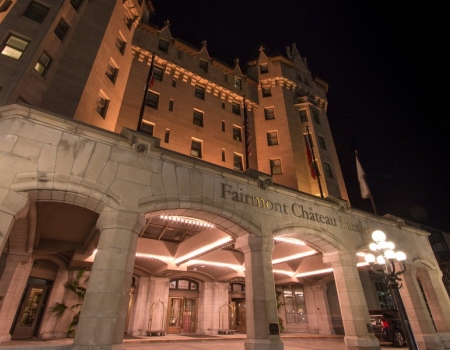 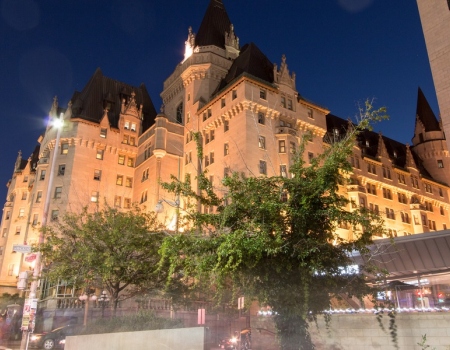 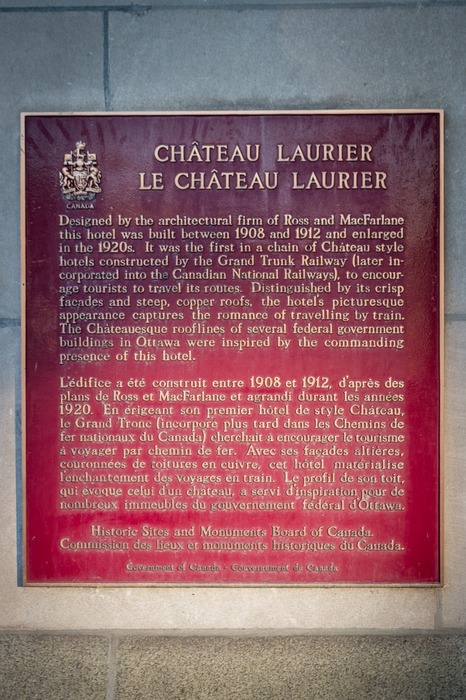 Thousands Of Stories – Oh, If It’s Walls Could Talk

What I enjoyed most about staying in a castle was its history. Filled with fascinating characters and famous guests of the past. The walls are lined with hundreds of photos which shed light on the hotel’s fascinating history. 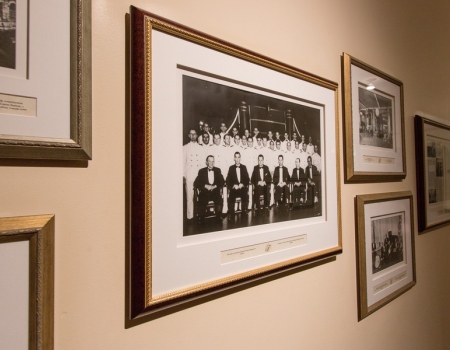 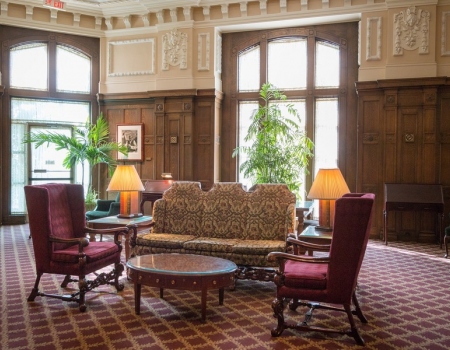 In addition, guests and visitors to Ottawa alike can take a free self-guided iPad tour – either by borrowing an iPad from the front desk or downloading the free app to your smartphone or tablet (iOS, Android).

A few of the intriguing stories I heard while touring its halls:

The hotel was to be opened on 26 April 1912 by Grand Trunk Railway President, Charles Melville Hays, but as he was returning to Canada for the opening ceremony, he perished aboard the Titanic when it sank on 15 April.  A subdued opening ceremony was held on 12 June 1912 with Canadian Prime Minister, Sir Wilfrid Laurier, in attendance.

In preparation for the opening, a sculptor had been commissioned to create a bust of Laurier for the lobby. Moments before the opening day ceremony workmen dropped the statue and the nose was grossly chipped.  Unaware of the mishap, Laurier was terribly insulted when he saw the bust. He demanded it be fixed before he officially opened the hotel otherwise he would not step foot in it. The bust still sits there in the lobby to this day. 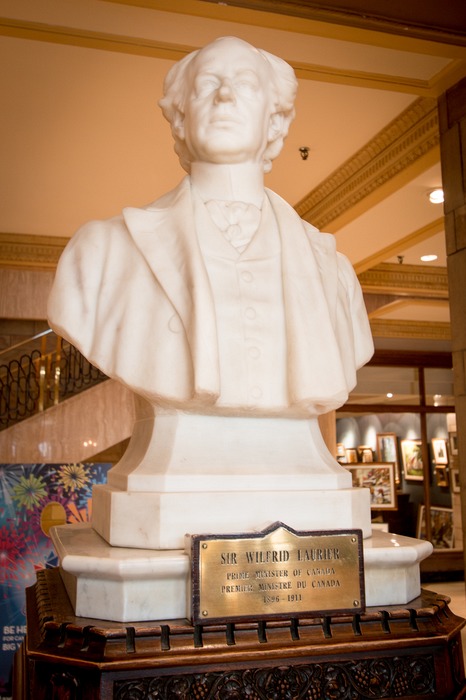 R. B. Bennett lived in a suite during his term as Canadian Prime Minister.

CBC Radio broadcasted from the 7th floor for 80 years.

And world-famous portrait photographer Yousuf Karsh live there for 18 years. Several of his well-known portraits can be seen in the reading room and Karsh Suite, including one of the most widely reproduced images in the history of photography: Winston Churchill’s 1941 portrait.

Tip: if you ask sweetly, one of the staff might just take you behind-the-scenes to the pastry kitchen to see where the delightful sweet treats are crafted. 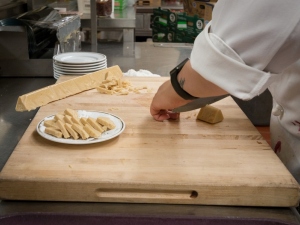 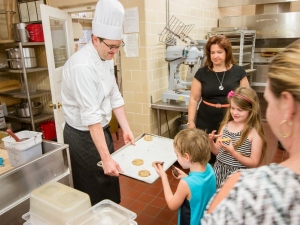 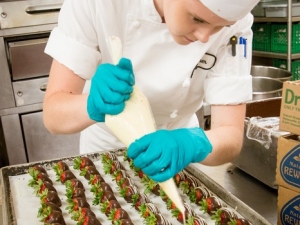 Walking through the rotating doors from Ottawa’s busy streets was my favourite experience. Something felt intrinsically right about coming home to a castle. Perhaps I’ve got royal blood in my ancestry.

The reflective gold elevator doors and the wide carpeted hallways added to the castle clout. Our room was by all means much like any other luxury hotel room. Two plush double beds, a fridge filled with mini bar items on a sensor, a well-equipped bathroom and an air conditioner that failed to fall below 24°C. 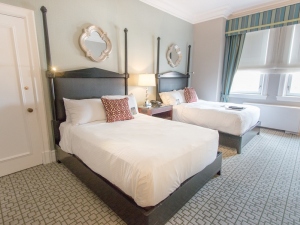 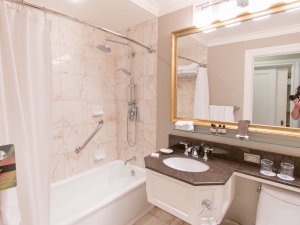 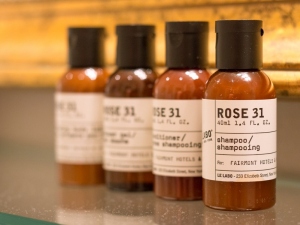 Adorning a table upon arrival was a selection of hand-made pastries and sweet treats from the in-house pastry chefs, as well as milk and cookies for the kids. Nice touch! 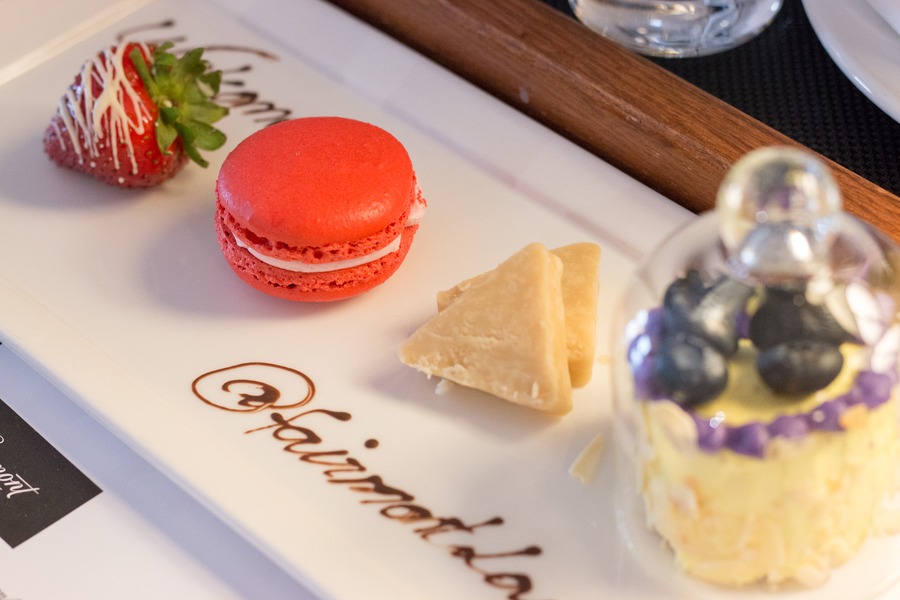 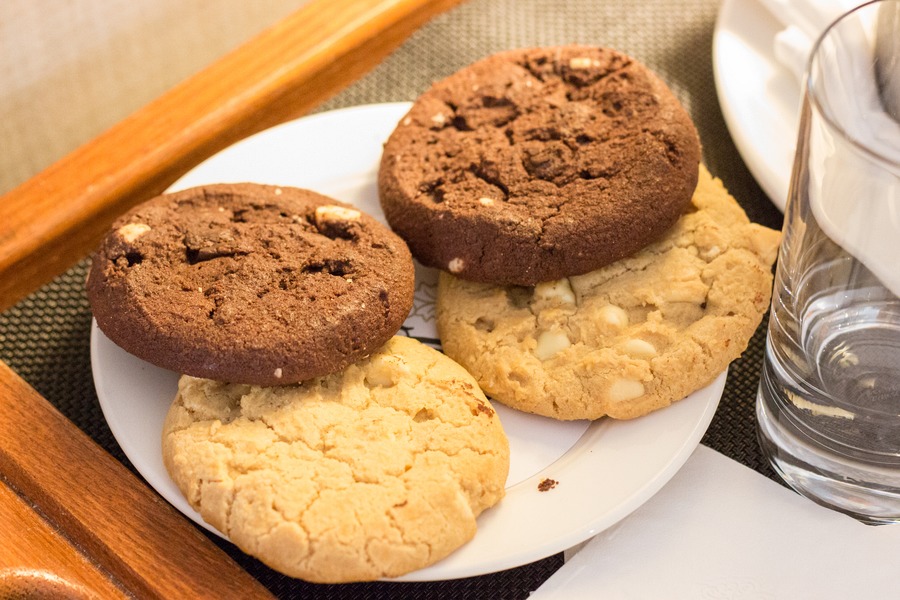 But what made castle life truly memorable was the impeccable service. Upon request, a fan was brought immediately to my room, which placed near the air-conditioner had me headed for my cosy blankets. Every interaction with a staff member was pleasant. And when I asked the bellboy for directions to the underground parking, he was happy to escort me and a friendly conversation ensued.

The views from every angle were outstanding whether it was the Parliament buildings or the canal or the city. 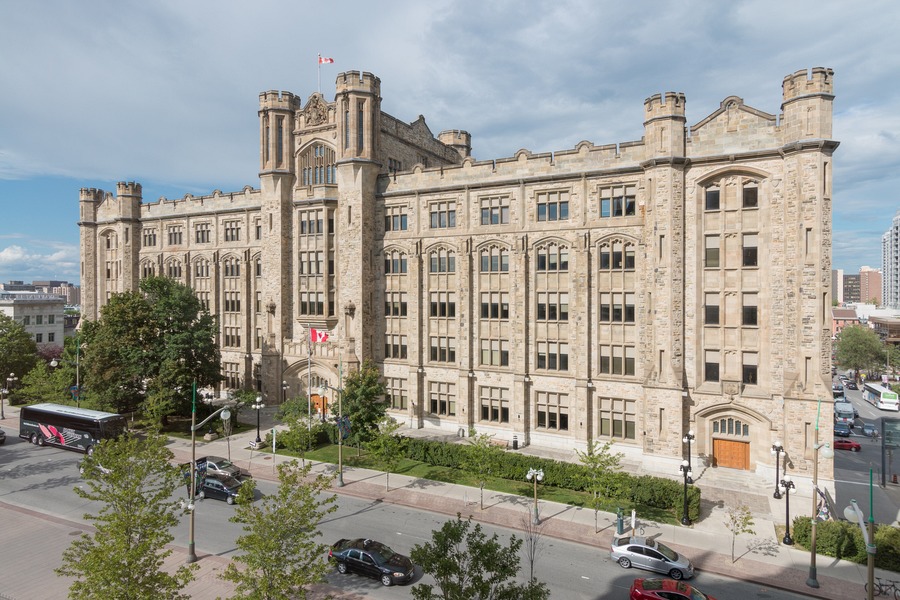 View outside our hotel room 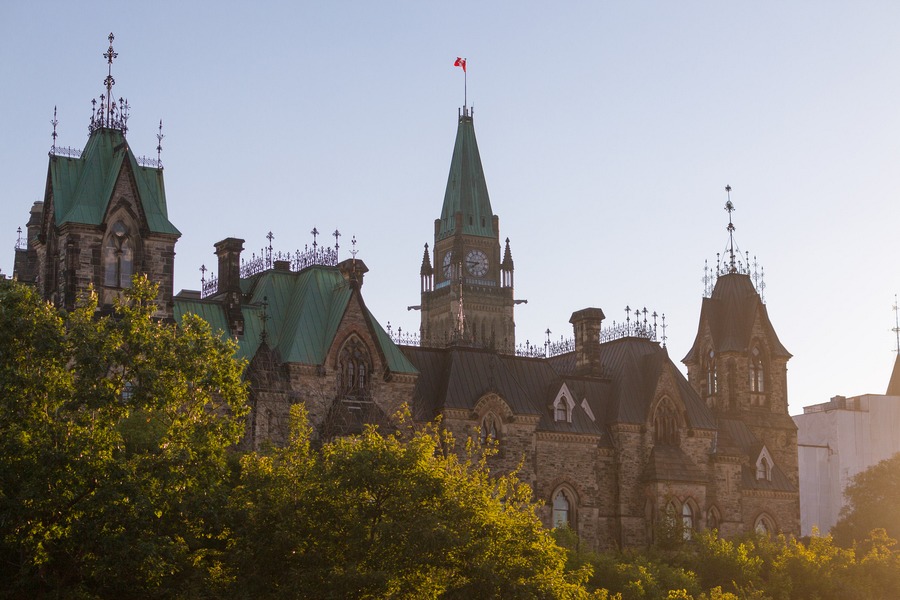 Breakfast was a fancy affair with fresh pastries, cereals, fruit yoghurt, crepes and eggs made to order. Light-footed Chef Jimmy was entertaining and provoked wide smiles from every guest who visited the buffet. What made him even more amazing was his nimble agility despite missing a few fingers. 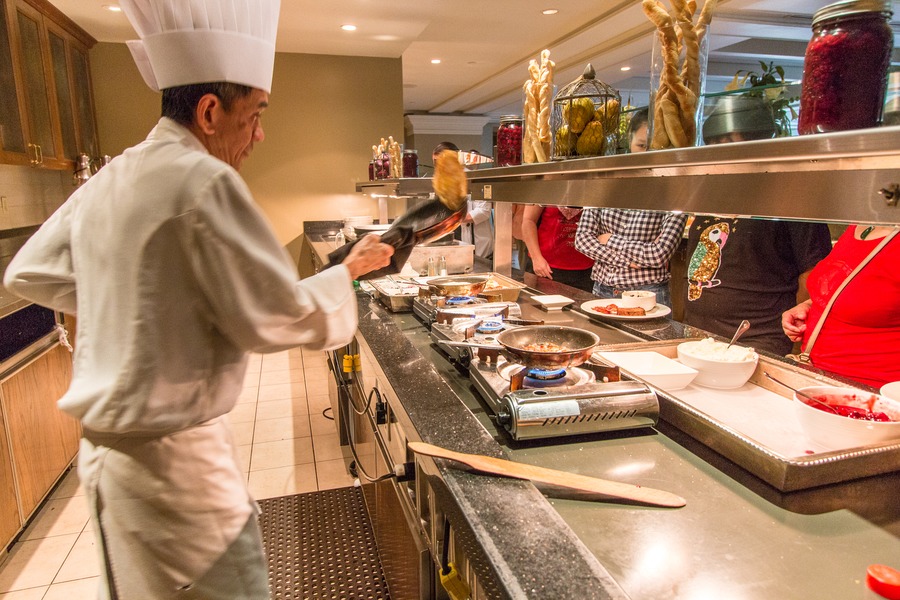 If the thought of combining 50 pounds of butter with 40 litres of maple syrup hasn’t given you cardiac arrest yet, you simply must smother crepes with this heavenly mixture for the best breakfast in the world. Maple butter crepes. The 3 tastiest words you’ll likely ever hear. Instant foodgasm. 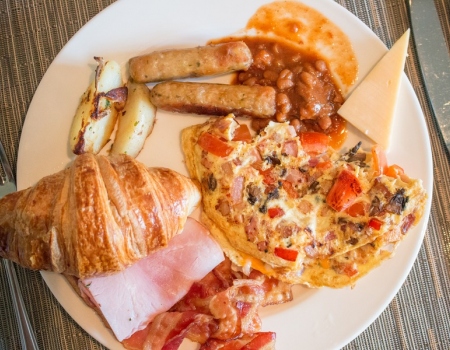 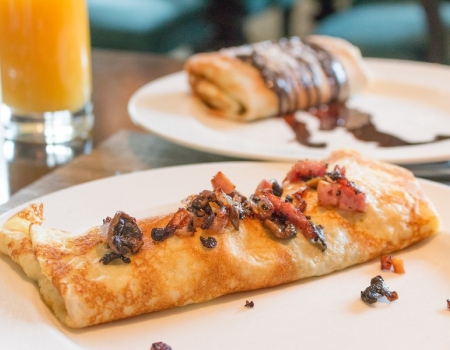 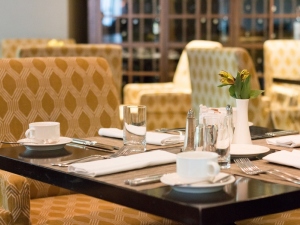 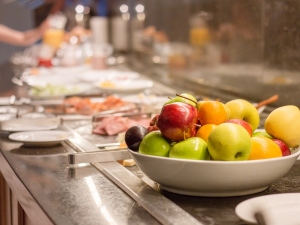 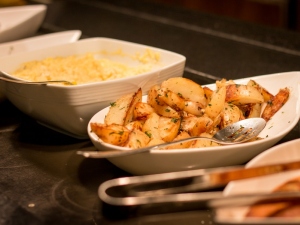 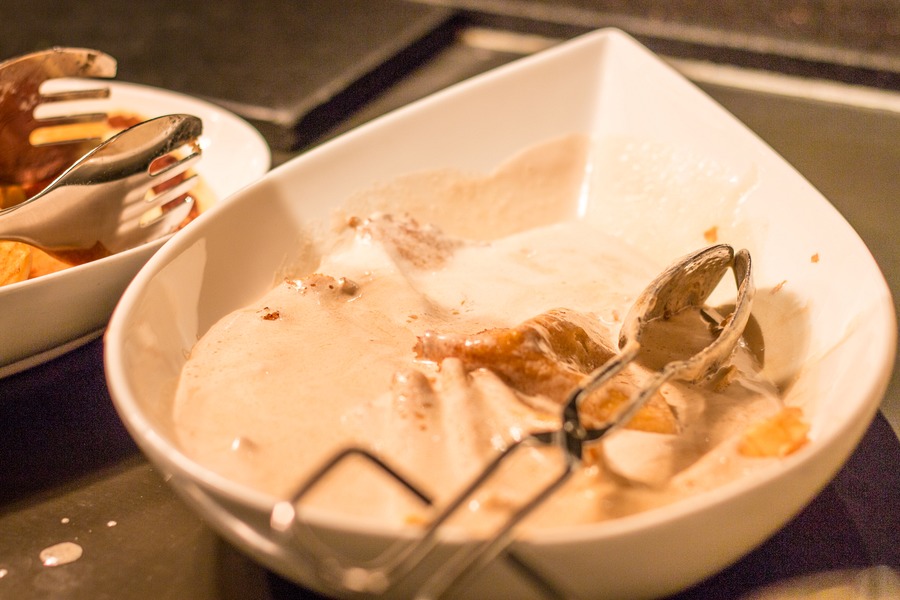 We also enjoyed a fine yet relaxed dinner overlooking Parliament Hill at the La Terrasse restaurant. The food was faultless and the ambience, impeccable. 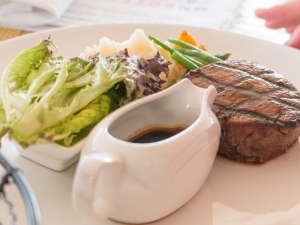 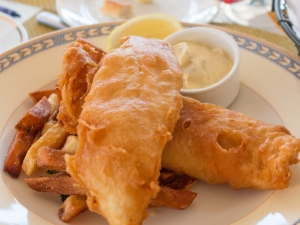