Today marks 3 years from the time we left Perth, Australia to embark on our crazy nomadic journey around the world. Little did I know that day what would unfold over the following 1095 days. Too much to tell in 1 story (well, that’s what this blog is for after all!). But here’s a short list of just a few things I did for the first time in the last 3 years.

Enjoyed a weekend on Asia’s most beautiful island: Boracay, Philippines.

Witnessed firsthand the devastating flooding of Manila, Philippines (in 2012).

Rode in a rusty, yet colourful, jeepney in Philippines.

Missed every ride at Disneyland Hong Kong thanks to Chinese school holidays.

Released one paper lantern amongst 20,000 others at the Yi Peng Festival in Chiang Mai, Thailand.

Rode in a tuk tuk (3-wheeled auto rickshaw) in Thailand.

Followed in the footsteps of Anthony Bourdain, discovering the best street food in Penang, Malaysia.

Randomly met a reader of my blog during a Chinese festival in Penang, Malaysia.

Held a party with 8 travelling families who I’d never met before.

Took my kids to the bright lights of Las Vegas.

Road tripped from New York to Miami to escape winter.

Lived on a Caribbean island.

Swam with sharks, stingrays and turtles in the wild.

Performed charade-style gestures at a pharmacy in Guatemala trying to explain what type of medicine I needed for my son.

Got pickpocketed at the world’s largest Easter festival, Semana Santa in Antigua, Guatemala.

Survived driving in Puerto Rico (that was nuts!).

Paid US$125 for a ticket to Lost World of Atlantis in the Bahamas. 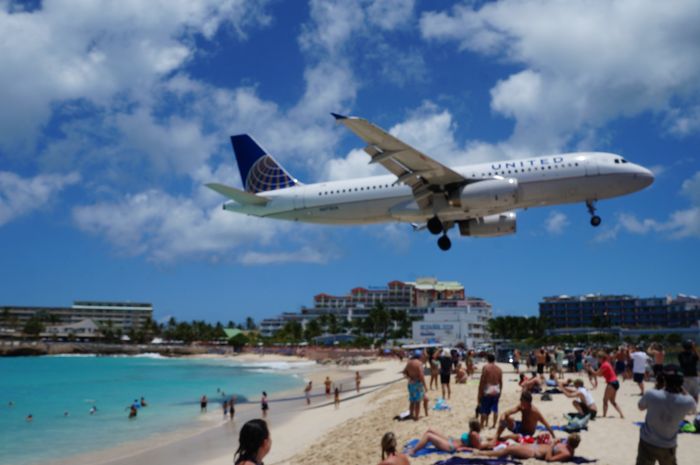 Partied like it was 1999 on Bourbon St, New Orleans.

Road tripped the Pacific Northwest of the USA in a bright green and purple van.

Shared our kids’ wonder as they saw their first real snow on Christmas Eve in New York City.

Rang the Liberty Bell in Philadelphia (when no one was watching! Shhh!).

Flew with an airline that ran out of toilet paper (twice!).

Took my kids to Israel (I swore I’d never do that).

Cried over my son’s fractured wrist.

Watched my kids play with mud at the Dead Sea, Israel.

Flew in a hot air balloon across Love Valley in Cappadocia, Turkey.

Swam at the juncture of the Aegean and Mediterranean Seas in Oludeniz, Turkey.

Visited Asia and Europe on the same day in Istanbul, Turkey.

Met my parents in Italy for a romantic Mediterranean cruise (extra romantic because of the kids club!).

Stood in the ancient ruins of Ephesus, Turkey.

Road tripped Italy, France and Spain with my parents.

Slept in a 17th century monastery on the hills overlooking Florence, Italy.

Had my car towed by the French police.

Found immense beauty in France inside an underground cave.

Ran with the bulls in Pamplona, Spain.

Gawked at Gaudi’s art in Barcelona.

Road tripped the whole of Ireland in 12 days.

Experienced our first house sitting assignment in the Irish countryside (and found a 4-leaf clover).

Stood (a little too close to the edge) on the Cliffs of Moher, Ireland (also known as the “Cliffs of Insanity” from the movie, The Princess Bride).

Stayed in some of the most expensive and lavish hotels in London.

Slept on a houseboat in Amsterdam.

Climbed to the top of a wooden windmill in The Netherlands.

Rode a monster scooter down a mountain in Switzerland. 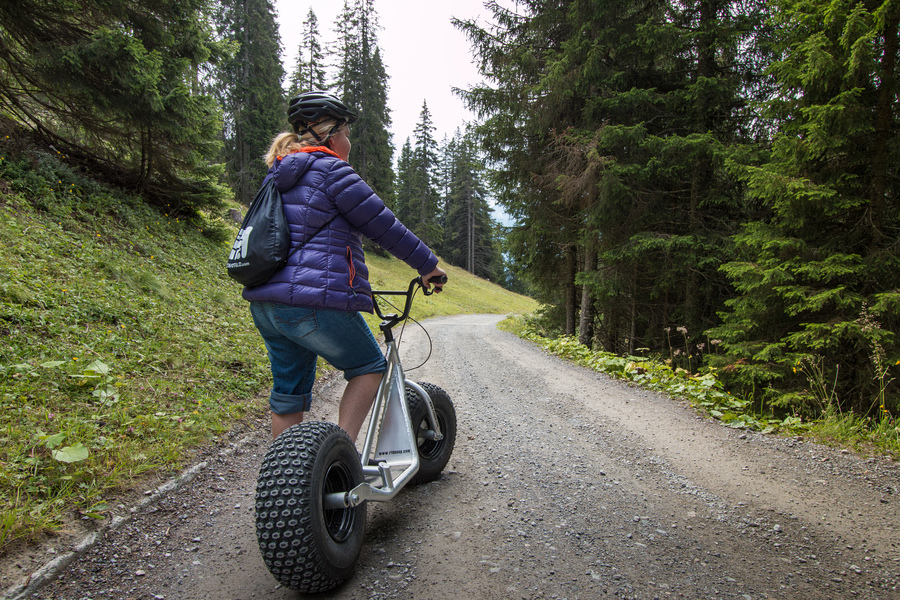 Visited the Porsche Museum in the birthplace of the motor vehicle: Stuttgart, Germany.

Sang “the hills are alive with the sound of music” on the actual mountains where “The Sound of Music” was filmed in Salzburg, Austria.

Crossed international borders into Bosnia without a passport (when we should have, whoops!).

Water slid with sharks in Dubai.

Ate a traditional dinner and watched a belly dancer in the middle of the Arabian Desert.

Spent 3 days in the world’s largest mall in Dubai.

Found out about a place called Malta and enjoyed 5 days there.

Watched my 5-year-old daughter abseil down a steep seaside cliff in Malta.

Ate more than I ever have in my life in Greece.

Flew to Bulgaria, because it was the cheapest and shortest flight out of Greece.

Found the worst food of my life (in Bulgaria).

Loved the Bulgarian countryside more than the Black Sea coast.

Watched mechanical goats butting heads in front of hundreds of wide-eyed onlookers in the centre of Poznan, Poland.

Enjoyed an impromptu weekend in Rome with my little sister.

Hung out of a moving train in Sri Lanka.

Jumped on trampolines 150 feet below the ground.

Met the real Santa Claus in Rovaniemi, Finland and crossed the Arctic Circle.

Rode a sled pulled by husky dogs through the snowy forest in Finland.

Rode a sled pulled by reindeer and then ate reindeer stew in Finland. 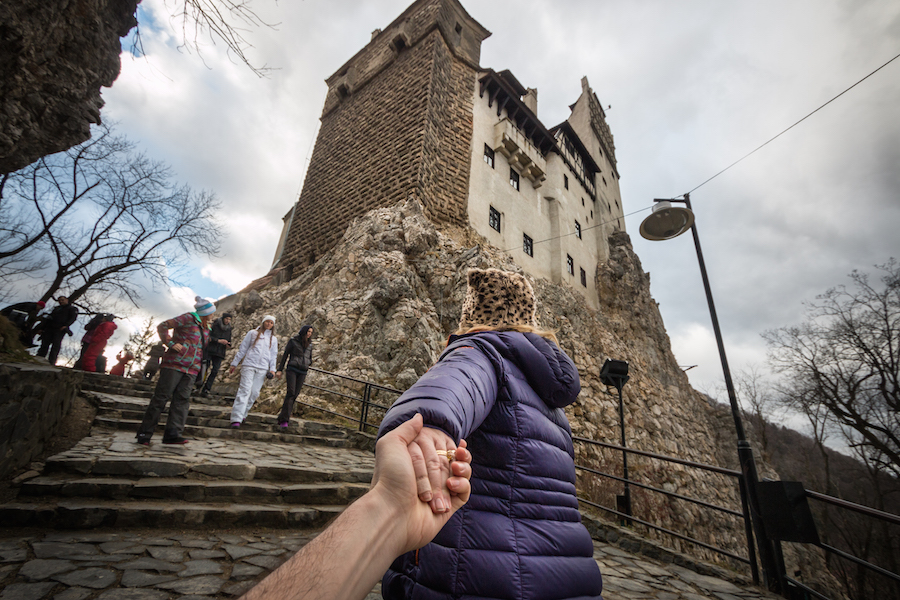 Flew in a helicopter over Melbourne, Australia.

Ate noodles for breakfast in China (and did not enjoy it).

Ate salad for breakfast (and enjoyed it).

Gained amazing friendships all over the world.

Looking at this list it seems almost fictional. But I can attest that all this is true and more. But I want to encourage you with a profound yet utterly simple thought. All of these amazing “first times” occurred because of 1 single choice. The same choice you can make today as well. The choice to chase your dream.

Who knows if tomorrow will ever come? Make the most of today! 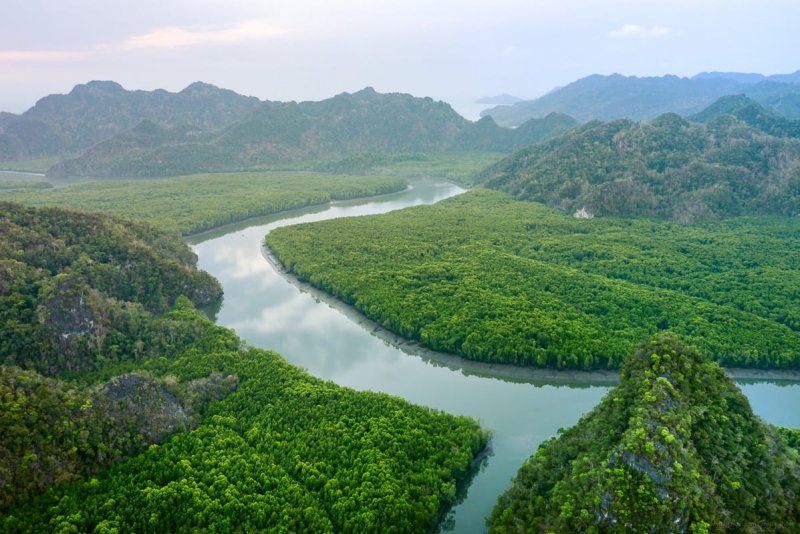 2021 was a year that none of us will forget any time soon. It brought a wide range of new experiences for me, although most of them didn't involve travelling (thanks to a series of… 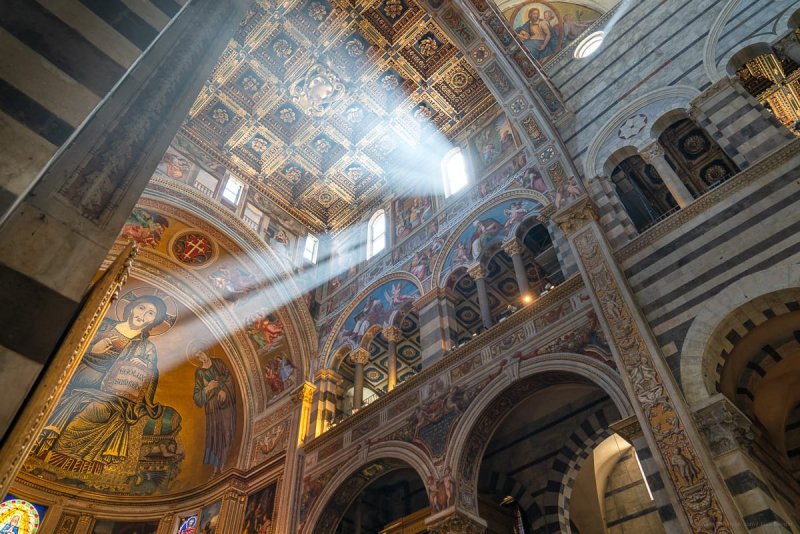 There’s fashionably late… and then there’s this! 2019 was a big travel year for me, and after the last 12 months that feels like a lifetime ago. Now seemed like a good time for… 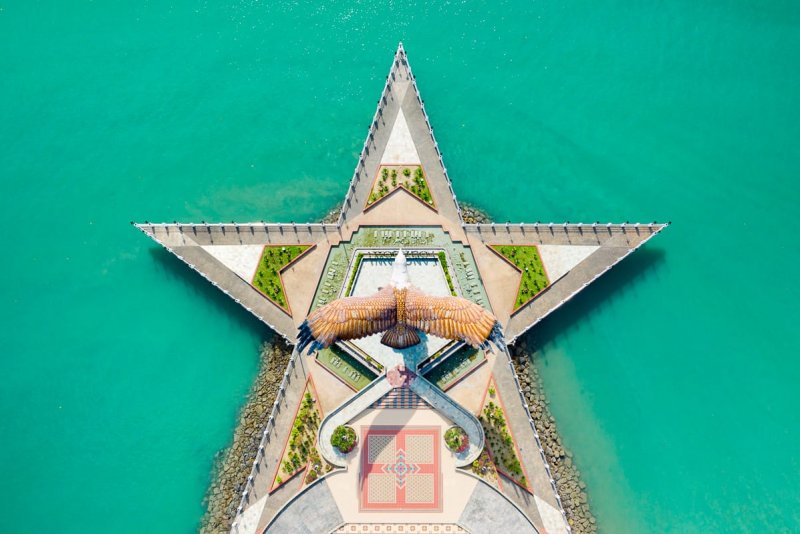 Whew, that was a doozy! 2020 wasn’t easy for most of us - especially in the travel industry. We started this turbulent 12 months in Bali, followed by a trip to Malaysia that got… 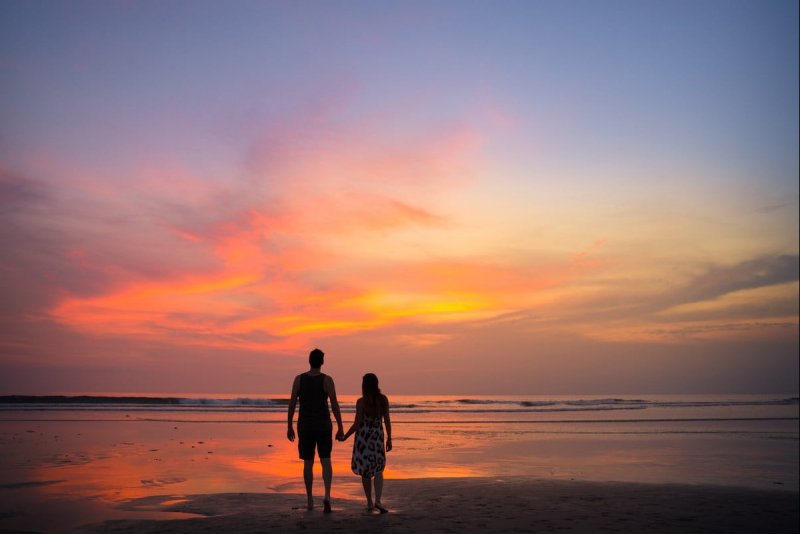 2018 was a year of great personal change and growth. I got married in June and have been travelling the world with my wonderful wife, Jacinta. That also means I’ve been able to… 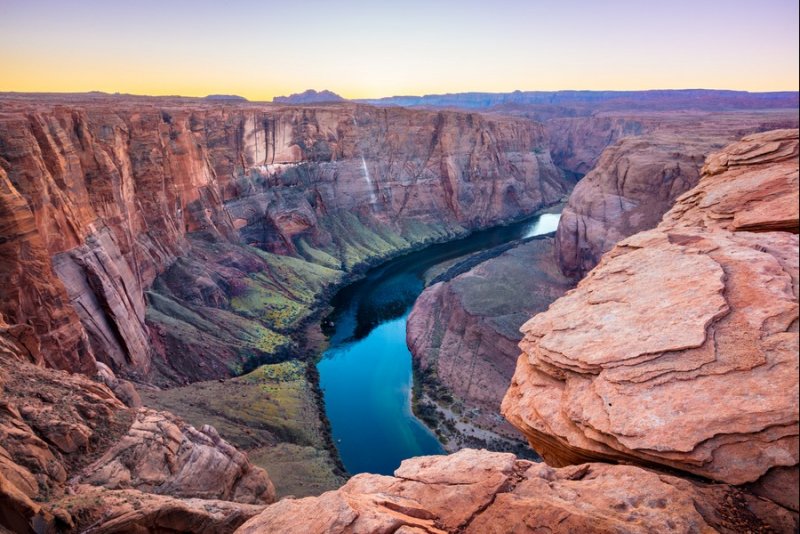 2017 was a transitional year for Travel With Bender and my travel pace slowed down. But I was still able to capture a range of amazing scenes and moments from the United States,… 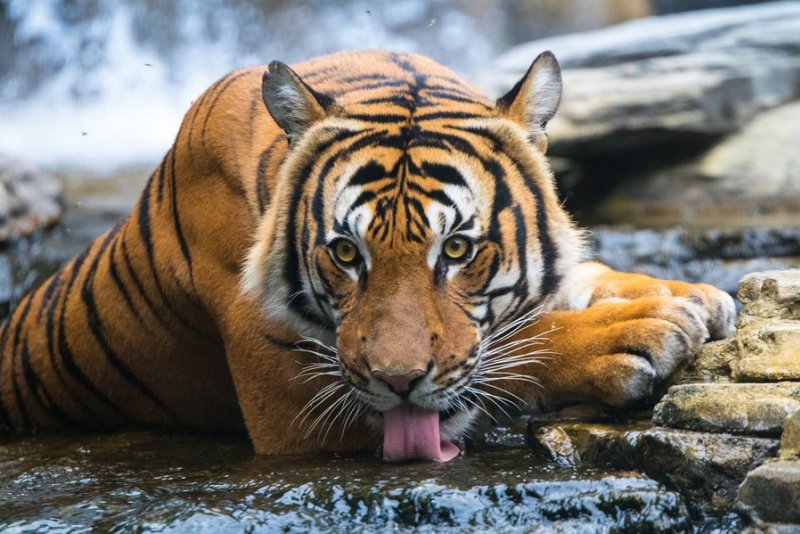 Reflecting on 2016, I’ve waded through tens of thousands of travel photos to bring you my personal favourites. These cover the full range of travel photography subjects and… 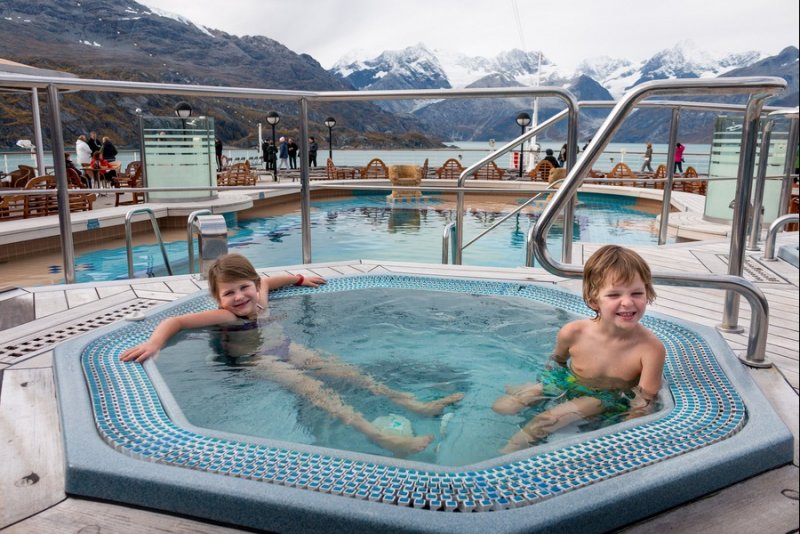 10 Dreamy Destinations To Inspire Your Next Cruise

This month 4 amazing cruise packages are available to win, and to celebrate we’ve reflected on the 5 cruises we’ve done so far plus another 5 we’ve got on our cruise bucket list.… 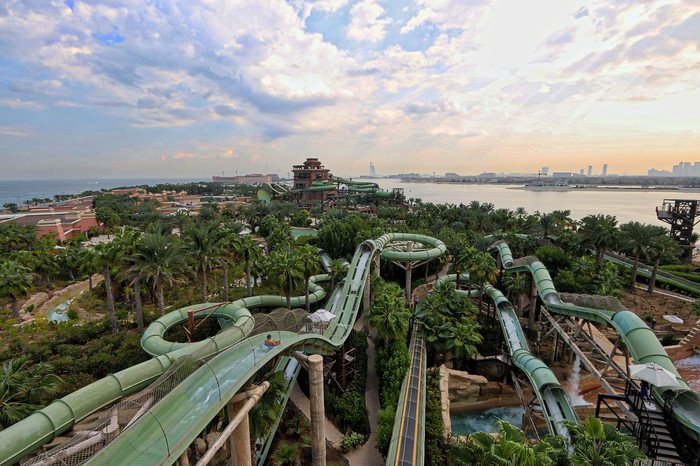 7 Waterparks You Have To Visit

Yes, we have kids. It’s a common justification for parents who visit a waterpark. But if you know me, then you know I need no excuse to go. I’d happily go with or without my kids.… 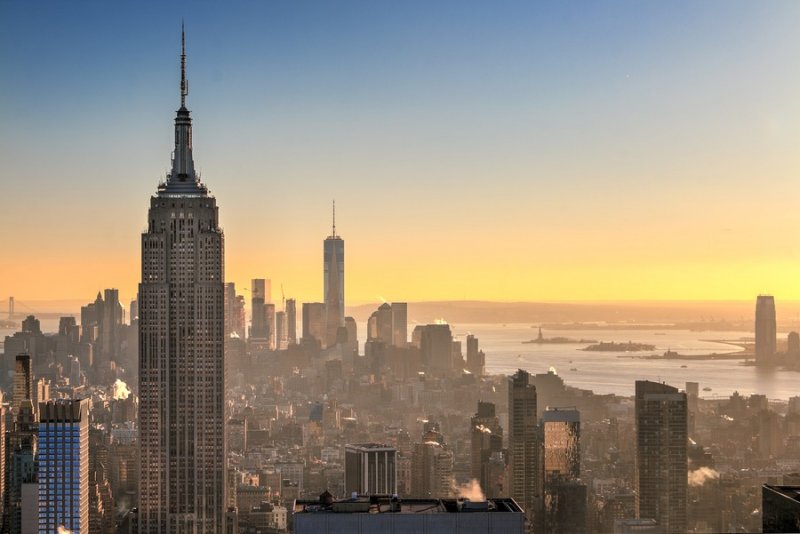 2015 was an epic year for Travel With Bender. In a 365-day window we explored dozens of cities and experienced hundreds of unforgettable highlights. I undertook the mammoth task to… 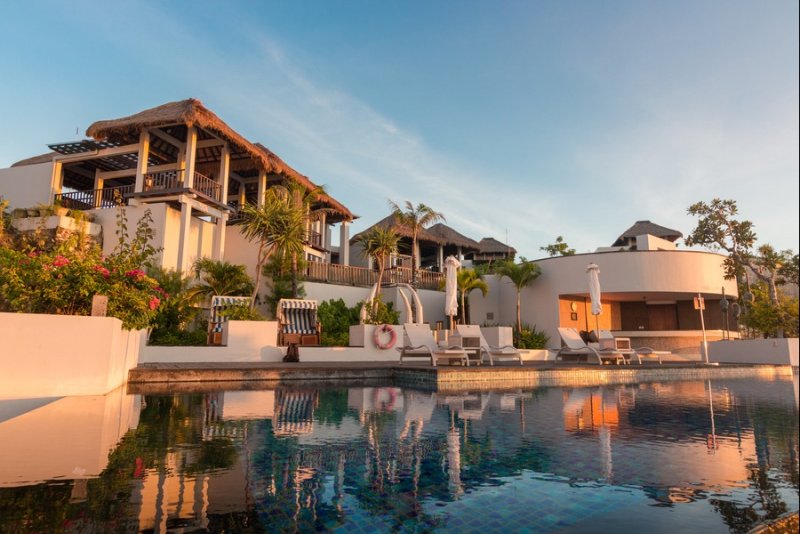 We’ve stayed at a huge range of accomodation over the last 365 days, including hotels, villas, resorts, hostels, houseboats, cruise ships, and even tents. If you’re looking for a…

Great post! We are working towards a RTW trip in a few years and I am so excited to share some of these experiences with my kids:)

So amazing and inspiring. It seems overwhelming, but it is so attainable if you just get out there and travel!

I had done more of those than I expected but plenty I would still love to do! I want to be like you when I grow up!! LOL

We just can't seem to take the plunge! We are so concerned about the schooling once we return to oz. The teachers I have spoken to have said the children will be behind and will have to repeat the year they had missed. We probably wouldn't be too concerned if they were all primary, but 3 of the 4 next year will be in high school.